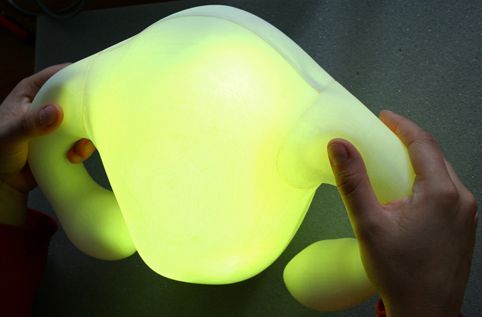 Dr. Adinda van ‘t Klooster is a freelance artist who works with drawing, sound, light, animation, sculpture and interactive technology. Her work has been exhibited, performed and screened in China, the USA, Australia, Spain, the UK, the Netherlands and Norway. During her practice based PhD, completed in 2012, she explored the area of emotion research, in particular how felt emotion is related to physiology and how physiological data can be used as input in interactive artworks. As part of this research she created an Emotion Light: an interactive biofeedback artwork that changed colour depending on the arousal level of the person holding it.

Between June 2012 and Dec. 2013, she taught media technology at Manchester Metropolitan University, and in January 2014 she returned to being a full-time artist in Newcastle. She is currently artist in residence at Durham University where is collaborates with the music department on a series of works exploring the crossovers between music, art and emotion.