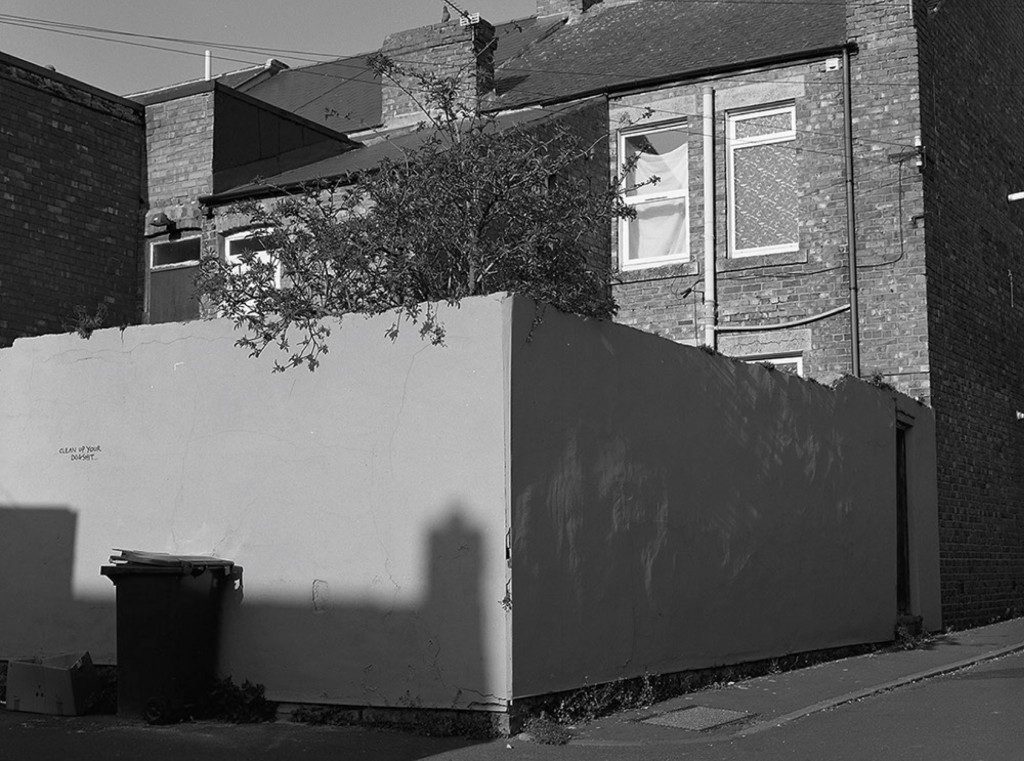 I’m primarily a photographer, however I do make the occasional film. The main theme of both of these mediums is their documentative nature. I’m always fascinated by the world around me, the mundane, the extraordinary, the familiar and the new. My photographic work varies but an ongoing project of mine has been to document where I live in Gateshead. My neighbourhood is one that has remained pretty consistent for all of my life, and only recently has it been undergoing changes, like entire streets of terraced housing being demolished and rebuilt in favour of more modern ones. Where I’m from has a special place in my heart so I feel duty-bound to document it, so myself and others can have a visual record of how it is, was, and will be. I’ve made the transition into shooting only on film, a reason for which being the amount of thought you are required to put into every single shot: you can’t just hold down the shutter and take as many photos as possible like on a  digital camera. It’s so easy to give in to the convenience of a digital camera so I love the accountability this gives me.