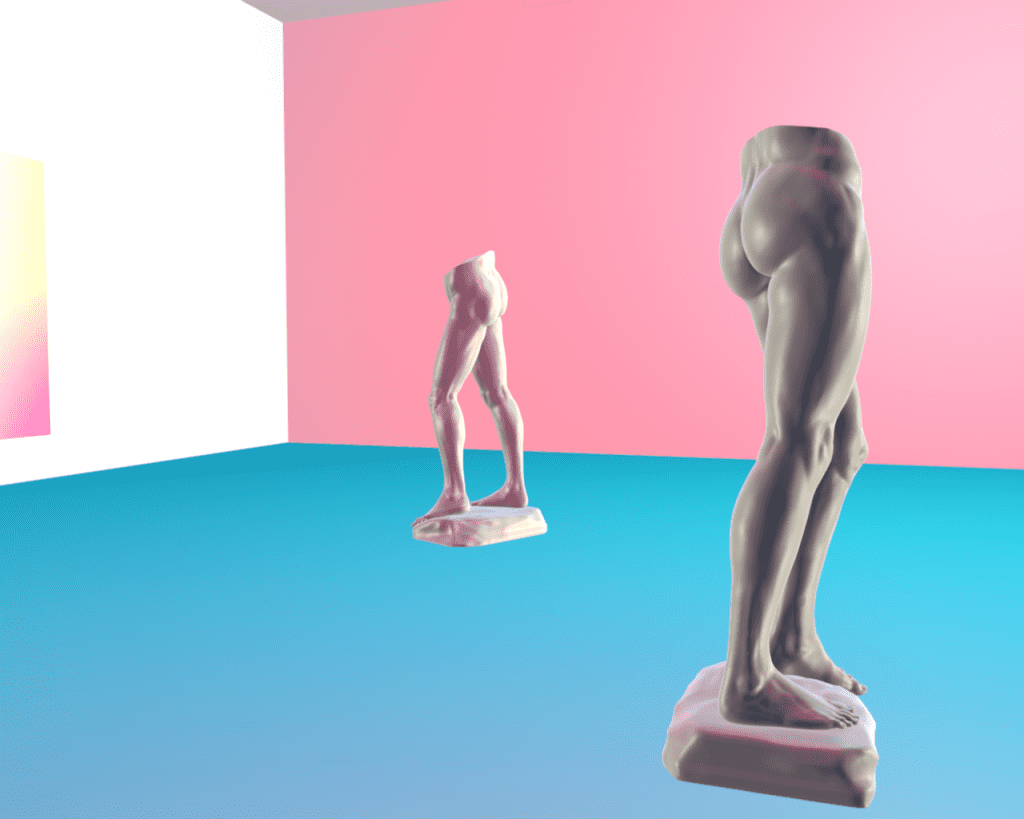 My works lie partially within the realm of the digital and partially as a physical entity. Using 3D modelling software, I produce fantastical virtual worlds, which echo not only ideas of paradise but also well-known mundane environments. With the use of the unstable green screen chroma key, portals are made for small, costume wearing, humanoid characters to reside inside these virtual realities.
I’ve been drawing on inspiration from the characters and themes of popular children’s novels such as Alice in Wonderland and the bizarre fantastical happenings which appeal to all ages and communicate differing meanings on different levels. In recent works I have tried to visually interpret and explore the characters that reside inside my mind, the different versions and personas of myself and also their relationship with the dreamlike environments which they simultaneously repel and connect with. Characters also exist as physical structures, plush toys and ceramics, which tend to express lethargic and lacklustre attitudes.
What is important is the playfulness of my work and its attempt to interact with a wide range audience. The brash colour schemes add to the humour, the fun, the larger than life approach to art making. I intend for the work to take you on a lusciously colourful adventure, so that you are heavily immersed inside a light-hearted altered world, you almost forget what horrors exist on the outside. 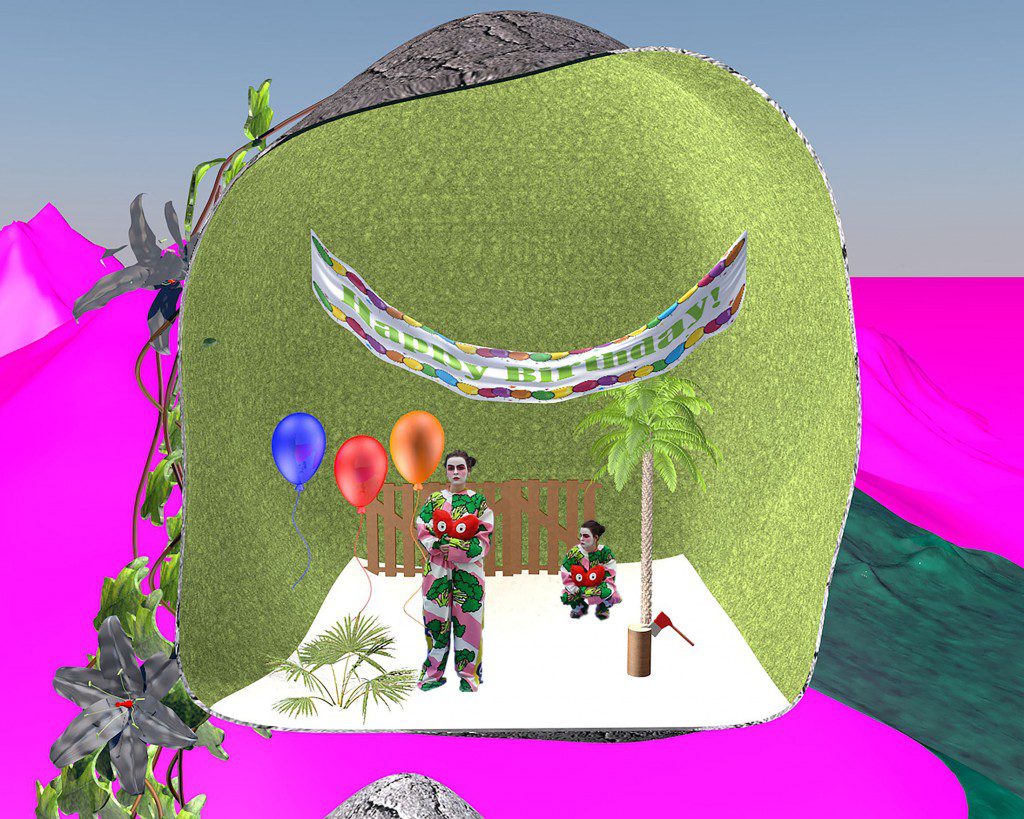 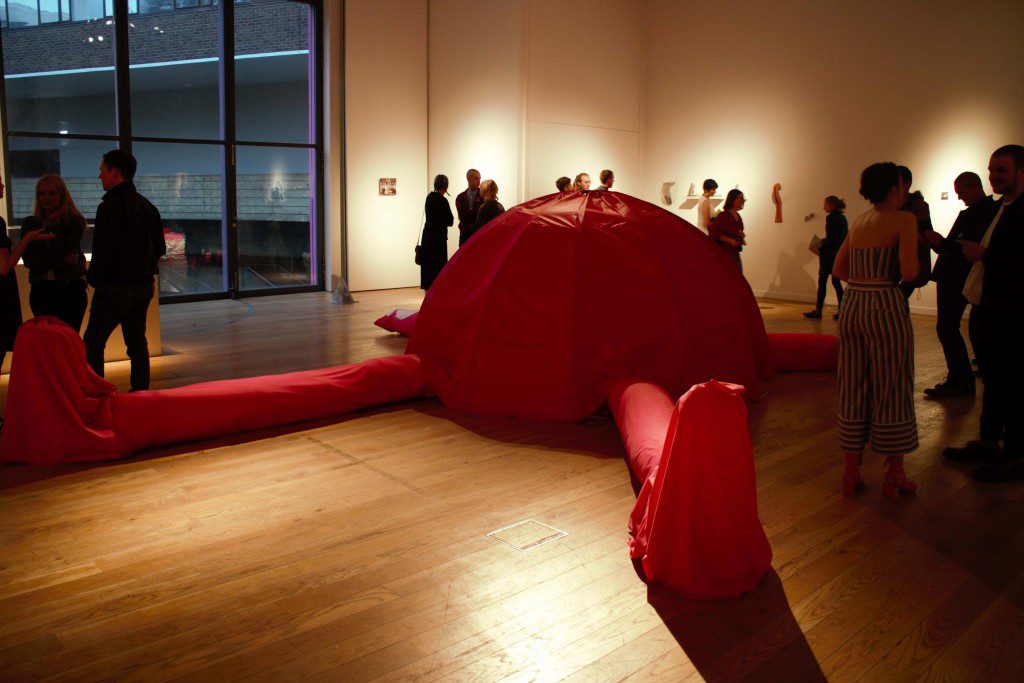 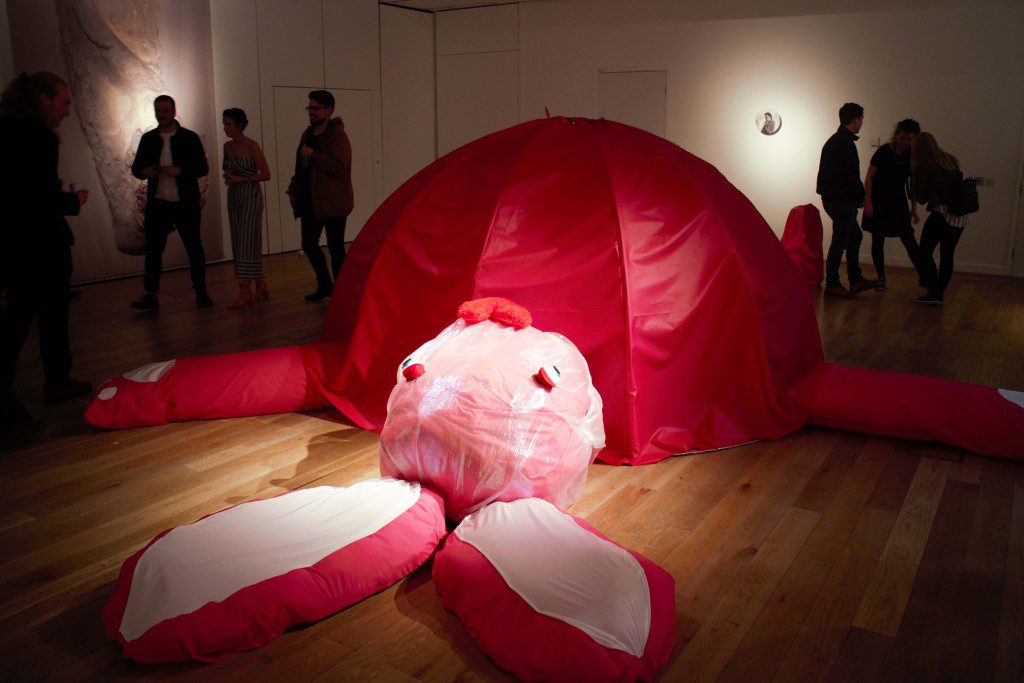 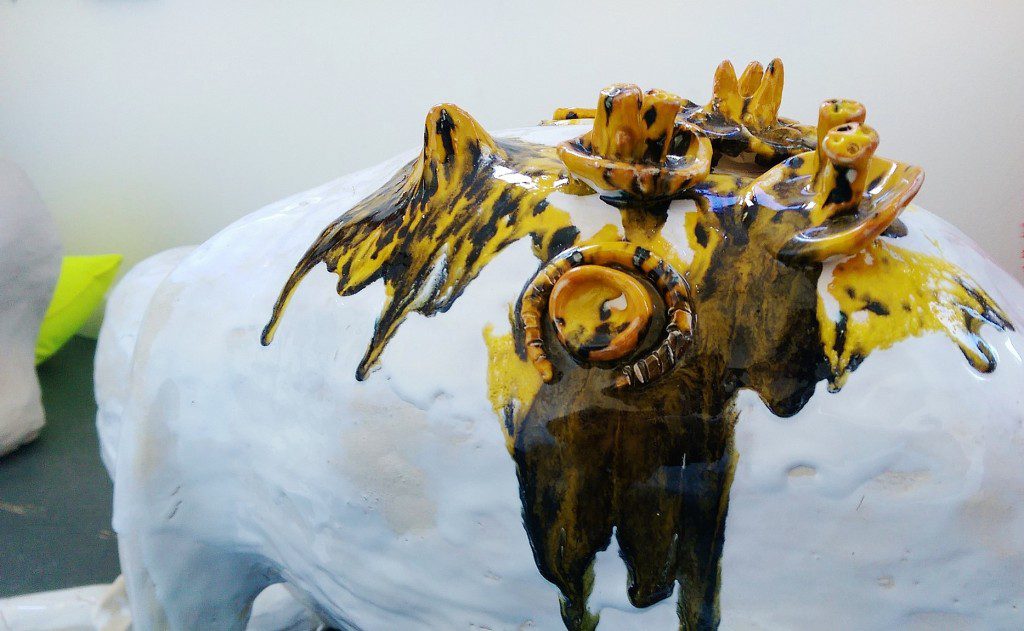 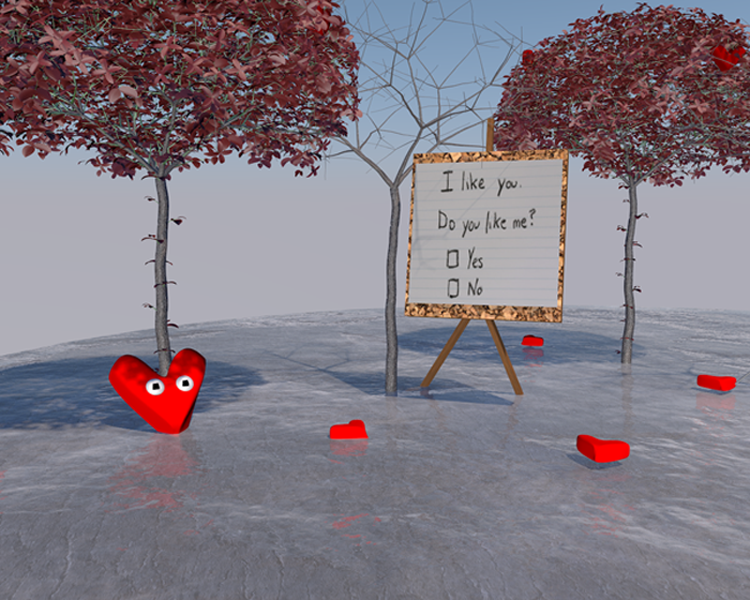