Exploring themes of industrial heritage in the North-East and classism borne from the British class system, Georgia’s work compromises of concrete sculptures large, heavy and imposing. The material language of industry is used in order to critique it, using coal, metal, concrete, stone and varnish. It Witnesses the working-classes skill of making the best of a bad situation by the beautification of the mundane objects such as pebbles, coal or cement rabbits with varnish.
The rabbits are a recurring icon throughout Georgia’s practice, representing working class families and the adversity they face from the ruling land-owners. Highlighting the on going demonziation of the working classes. 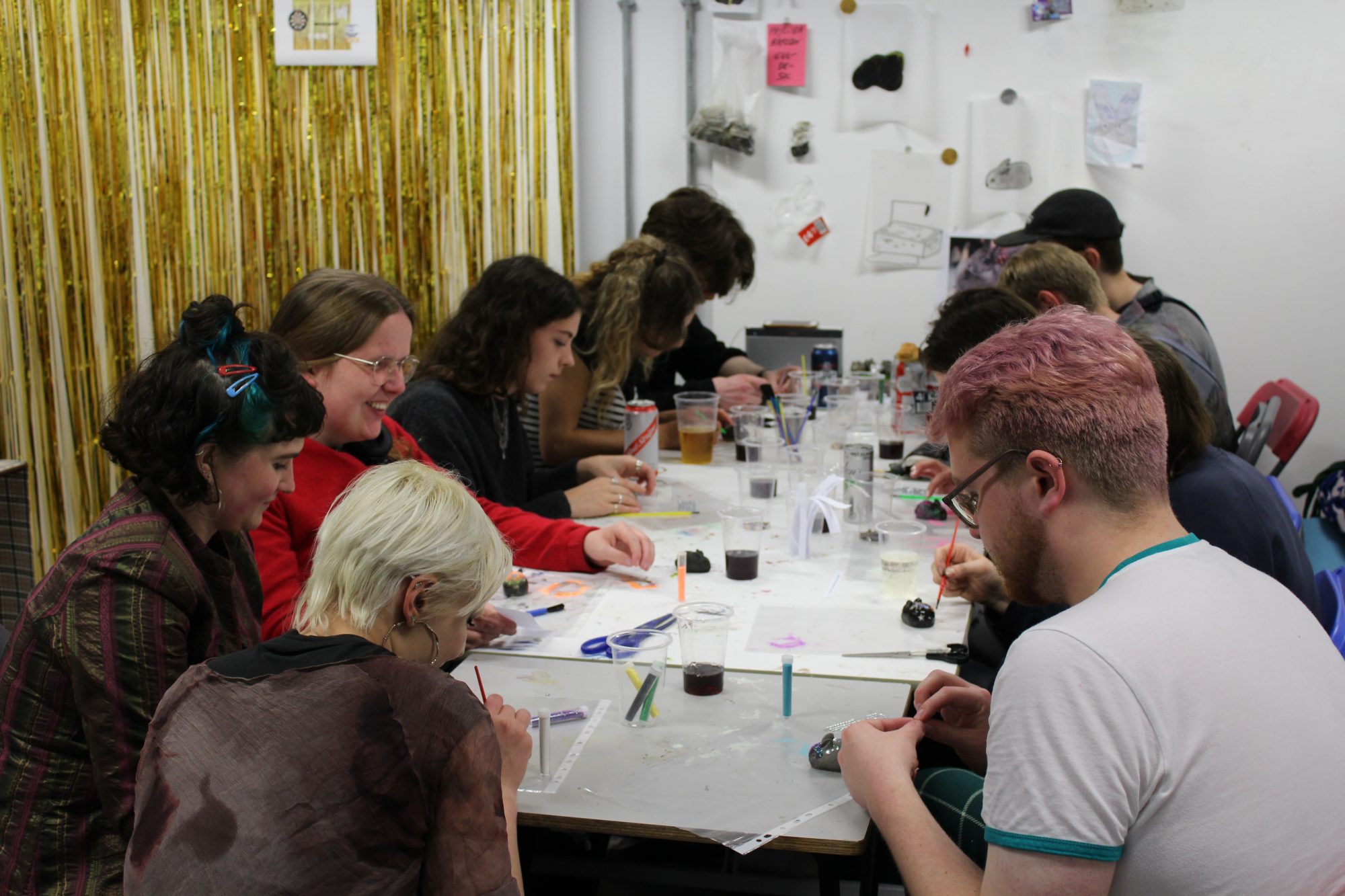 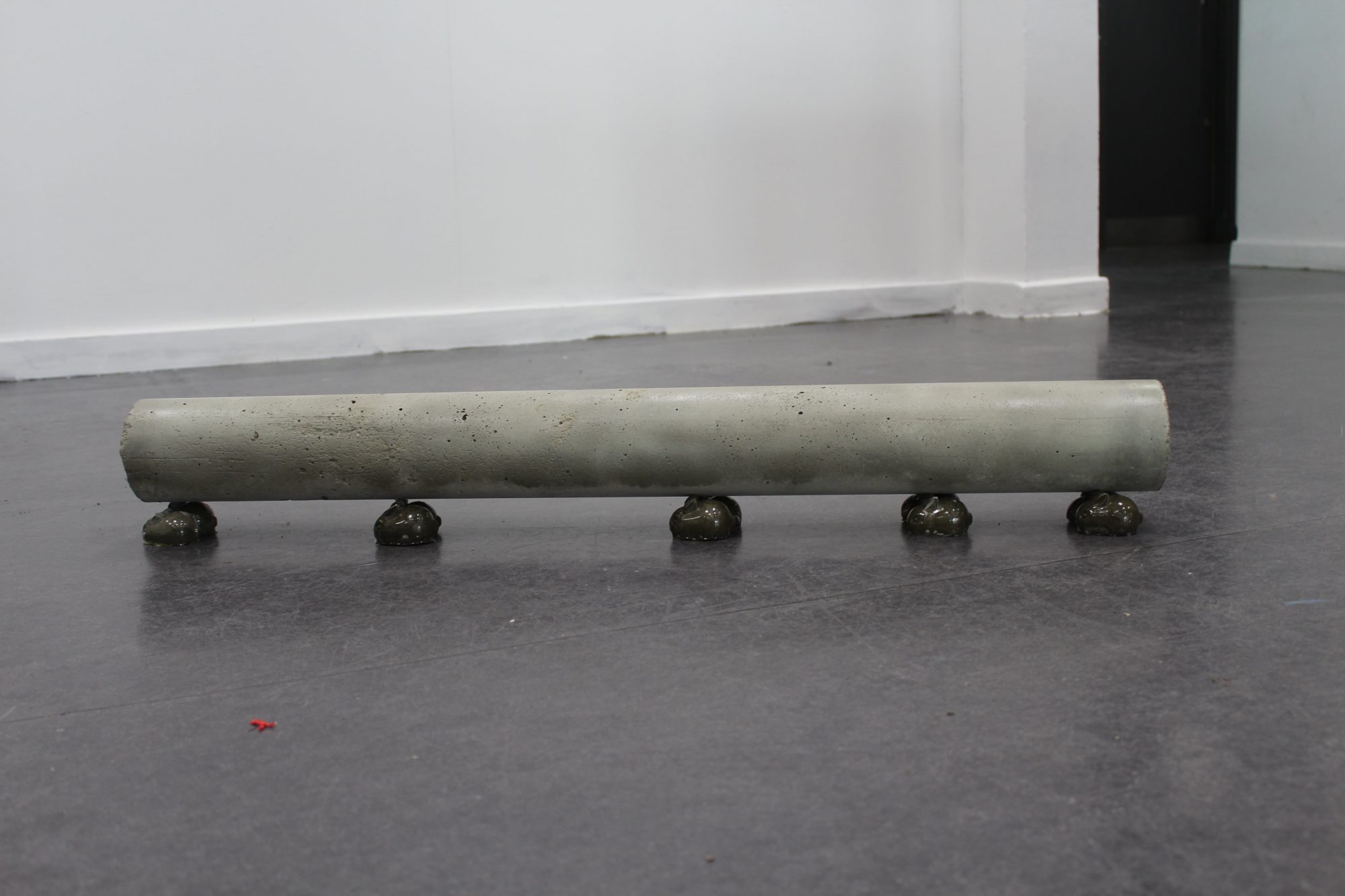 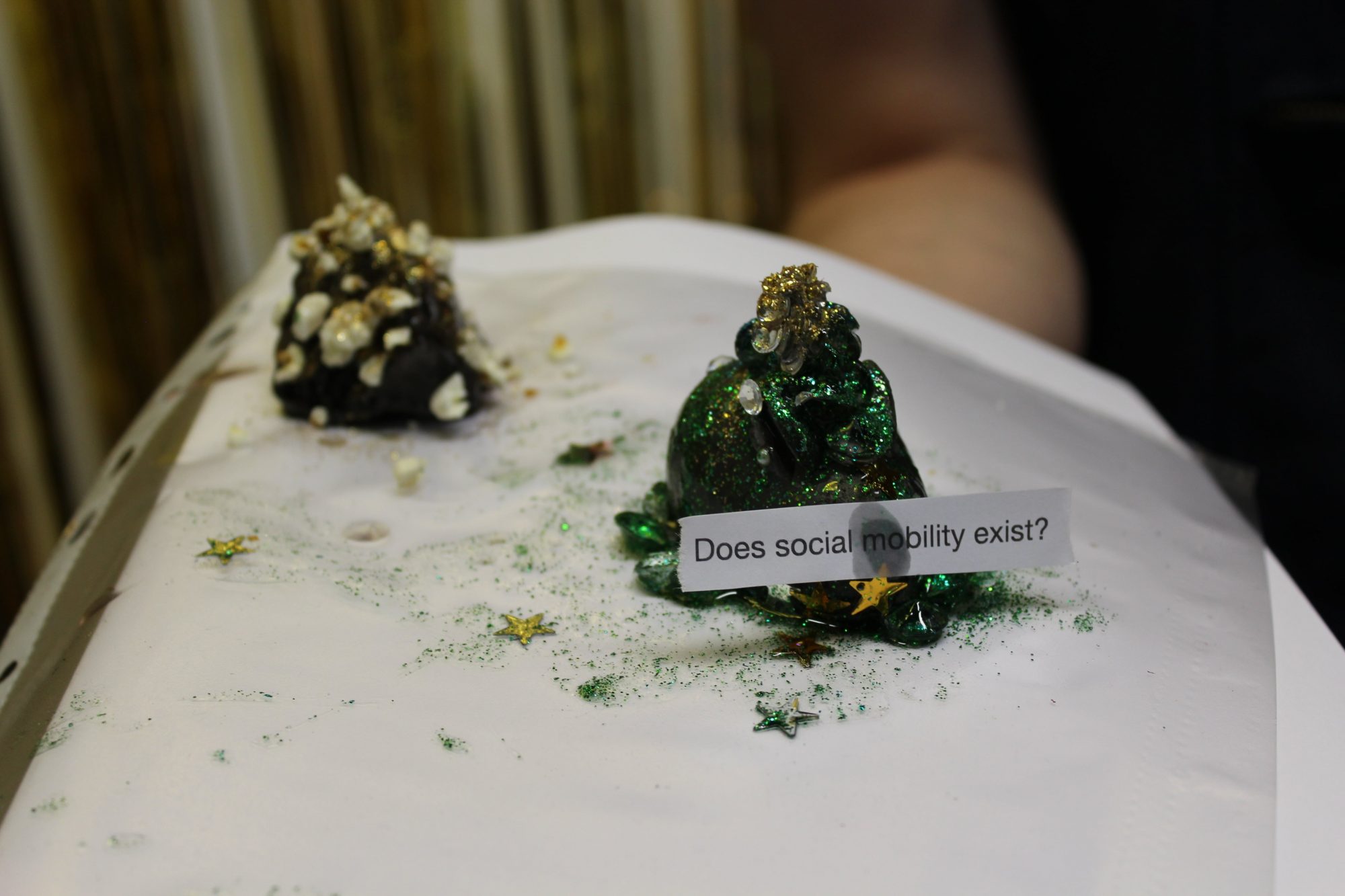 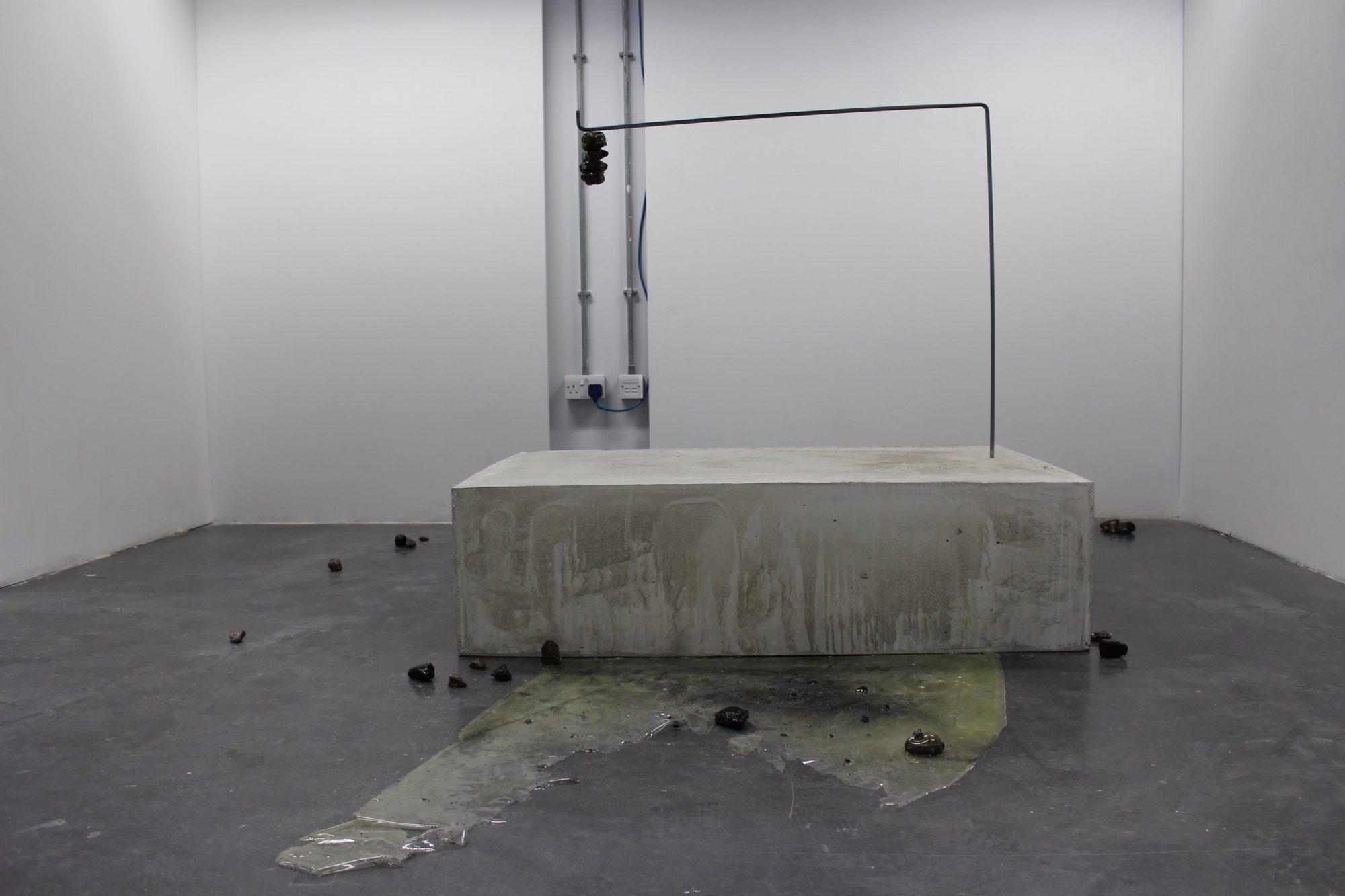 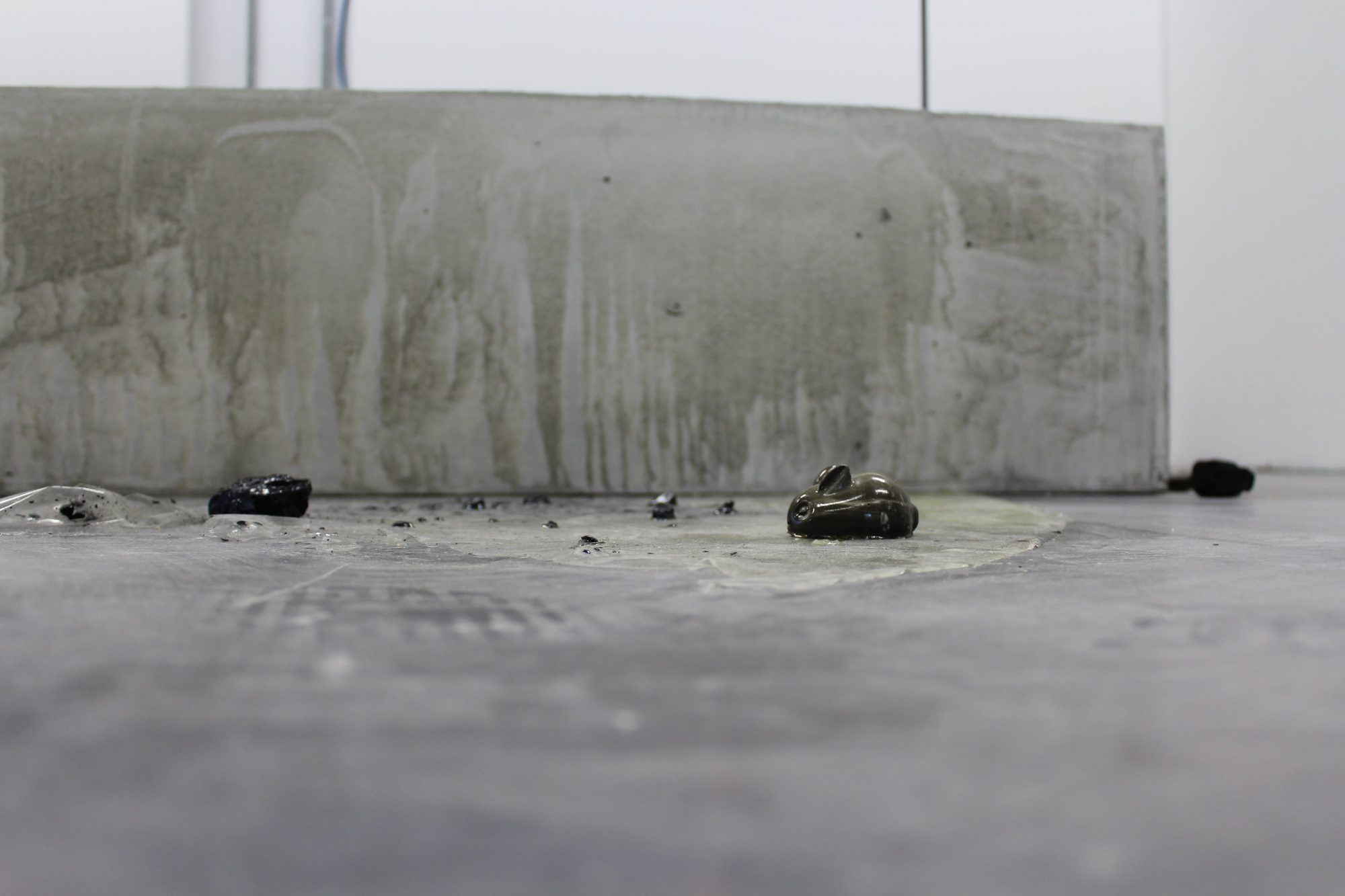