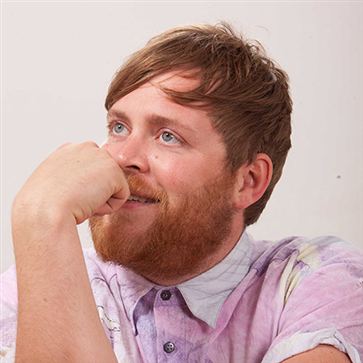 Hal Branson has worked all over the world on film productions and with businesses of all shapes and sizes. With an uncanny ability to bond and amuse everybody he comes across, Hal transcends language and cultural barriers and is a firm believer in the powers of effective communication being paramount to the success of any relationship.

Hal loves the sound of his own voice and has spent his career trying to convince others to feel the same by talking a lot. He works as a freelance filmmaker, tour guide, compere and stand up comedian.  Hal is also one third of the sketch group Hot Gulp – they make video sketches that have won awards and been screened at film festivals around the country. Their work parodies a lot of current trends and television adverts. He has an immense knowledge of the comedy genre and current trends that help construct a brand strategy.

If laughter is the best medicine then Hal should be a doctor.