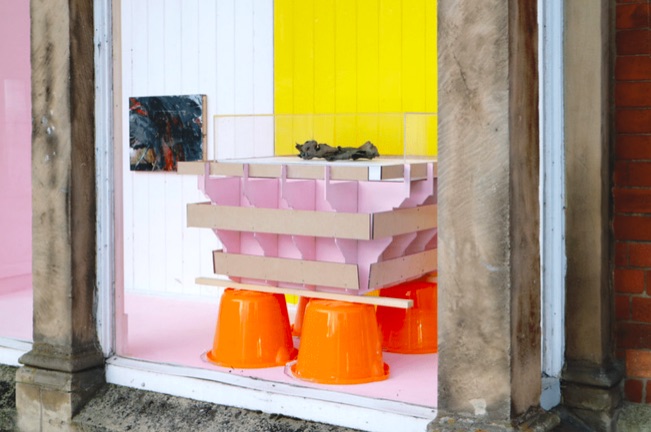 Harley Kuyck-Cohen’s work explores the shifting territories between public and private space by introducing a range of important questions surrounding materiality. The home is often a site for this drama, and particularly the vernacular practices of the home, the localised craftsmanship, which is so alien to the contentious architecture of regeneration. Kuyck-Cohen is always questioning the role of sculpture in making space, and in doing so, makes new space within the already existing. Approaching the surreal, Kuyck-Cohen’s work is intuitive. In feelings of absence and the potential for something new; the motivation to make is never an industrious one. Those moments of change which affect one’s sense of place, and their home, in both the smaller and larger sense, is never simple, but one that follows the narratives and sentiments away from rationality.