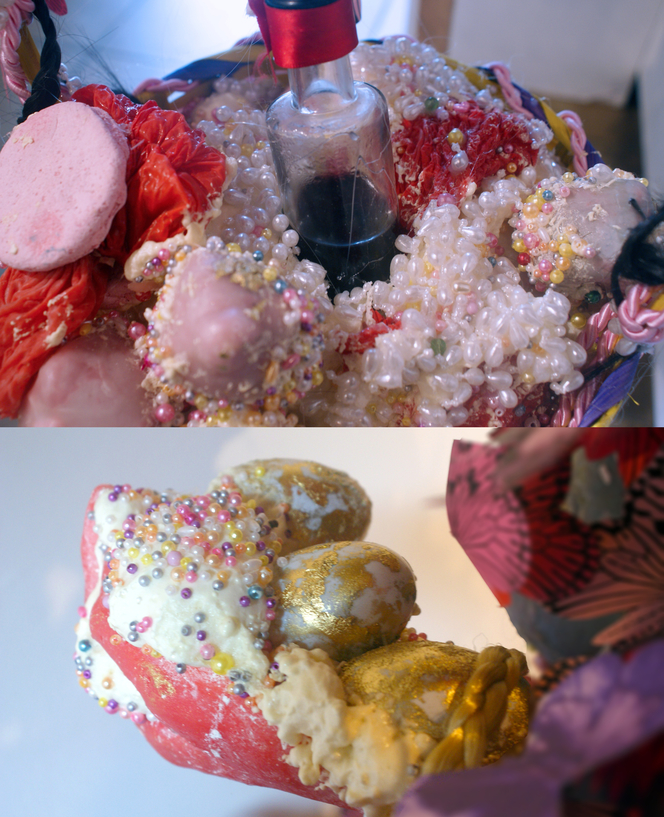 My practice draws on the occult phenomena through the lense of feminism and anthropology. Past work includes titled ‘Acid Mantle’- a performative installation modelled on a beauty parlour. This formed the basis as I explored the history and culture surrounding notions of beauty and second wave feminism during the 1960’s.

Print making is often used in the outcome of my work. Initially it was utilised in response to research exploring the beginning of witch trials during 1486 when the printed publication of the Malleus Maleficarum also known as ‘ the witches hammer’.

More recently I have been exploring performance using ritualised forms of dance. In a recent piece titled ‘ two for joy’; a collaborative artwork choreographed and performed with artist Naomi Morris. Combining elements of ritual, superstition and folklore with buddhist mythology the dance explored ideas surrounding feminine psychology, and notions of ‘feminine consciousness’.