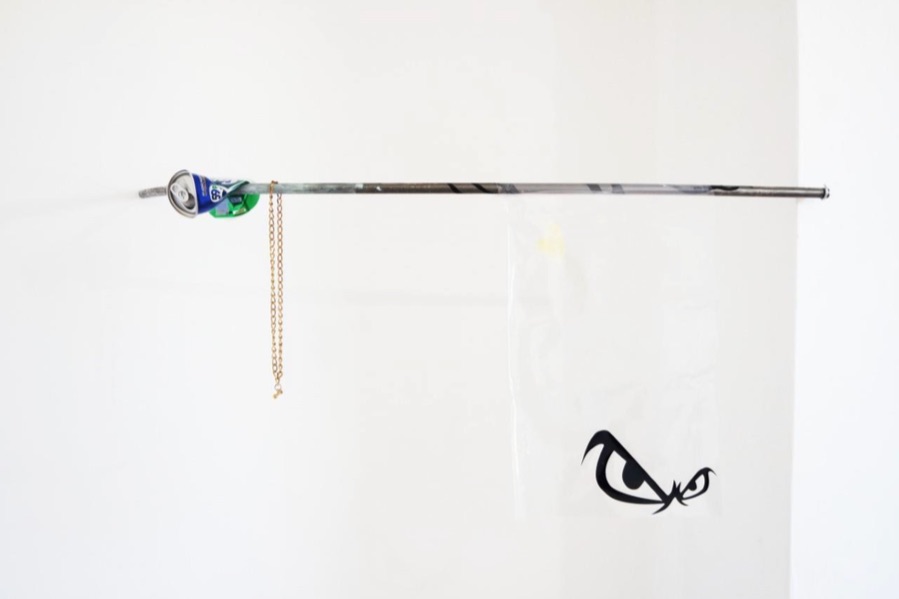 My work explores the paradoxical relationship between the image the mainstream media portrays of the working class and the working class in practice. I am particularly interested in the formation and status of working class subcultures and more specifically in how certain symbols and products of these subcultures become assimilated into the mainstream. A key subculture that has informed my work is the ‘New Monkey’, a rave scene that existed in the North East in the 1990s and early 2000s. I was drawn to the exclusive and elitist culture that surrounded a scene that could also be described as aggressive and hostile. Now, aspects of this culture such as the abrasive electronic music and the iconic Burberry print are sold as a product of acceptance and freedom and this process of misinterpretation is a large part of what informs my work. Although the scene was diminished by police closures of main venues due to problems with violence and drugs, its reputation secured the scene somewhat of a mythical existence and nostalgia for this scene allows me to draw upon extensive material as inspiration. By collecting visual representations of related working class culture, whether photographs taken myself or sourced elsewhere, my work explores the question this process of misinterpretation poses. I aim to translate aspects of these images into a sculptural form that has the aura of an object that could have been found within the environment I am trying to represent. In my practice, I like to think of individual pieces becoming one to form an immersive experience that creates an atmosphere and an environment.