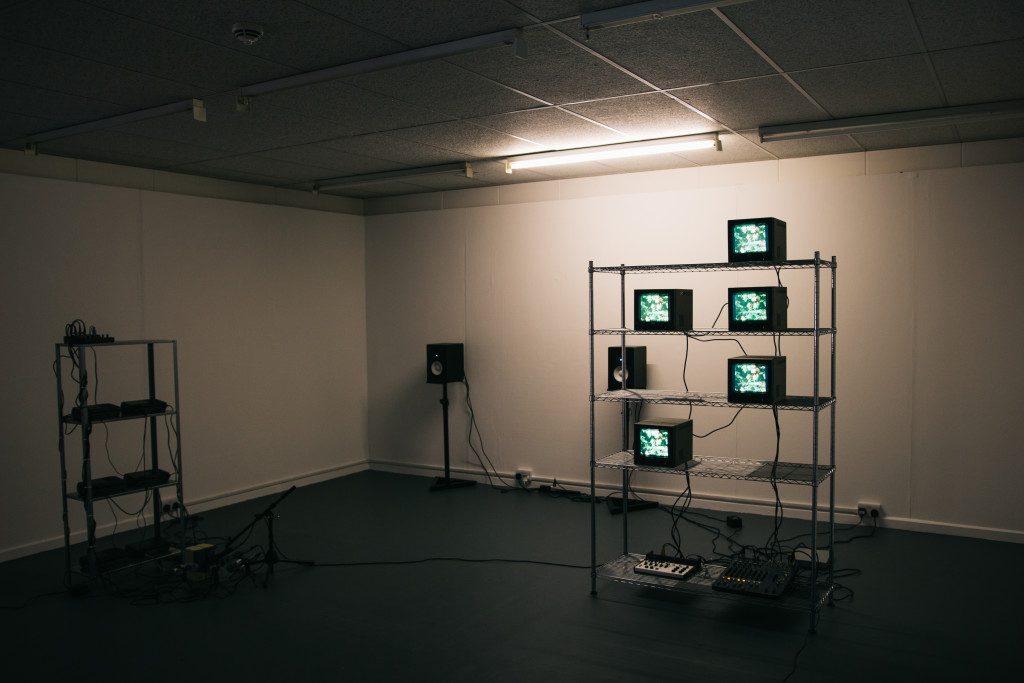 Currently my practice aims to explore the social effects tied with technology in a condition that seems to be descending into further simulation. My work utilises ready-made objects/media in an effort to present how creative practice might exist in the form of selection as opposed to physical craftsmanship. This is done in order to question the direction of assemblage in relation to contemporary art practice, in a state in which objects/media have become more accessible when obtained as opposed to crafted—it could be said that this has resulted in a shift in what can be deemed DIY.

As well as this I carry out improvised sound performances under the alias Plastiglomerate, in which I utilise tape loops, fx pedals and consumer electronics in order to fabricate dense, tangible structures of sculpted noise — I have currently been trying to figure out how my two separate practises may become one. As a result of this I recently installed a work titled: Welcome to the Anthropocene Era that consisted of three audio assemblages, that together look to explore the relationship between sound and space, while attempting to question/reject how we might consider sculpture. Through analysing how a sculptural work can evolve when audio becomes the primary input in terms of decision making. Allowing tangibility to be composed by manipulating the immaterial—a reaction to how in the hierarchy of subjective experiences of constructed spaces, sound is often secondary to visual.