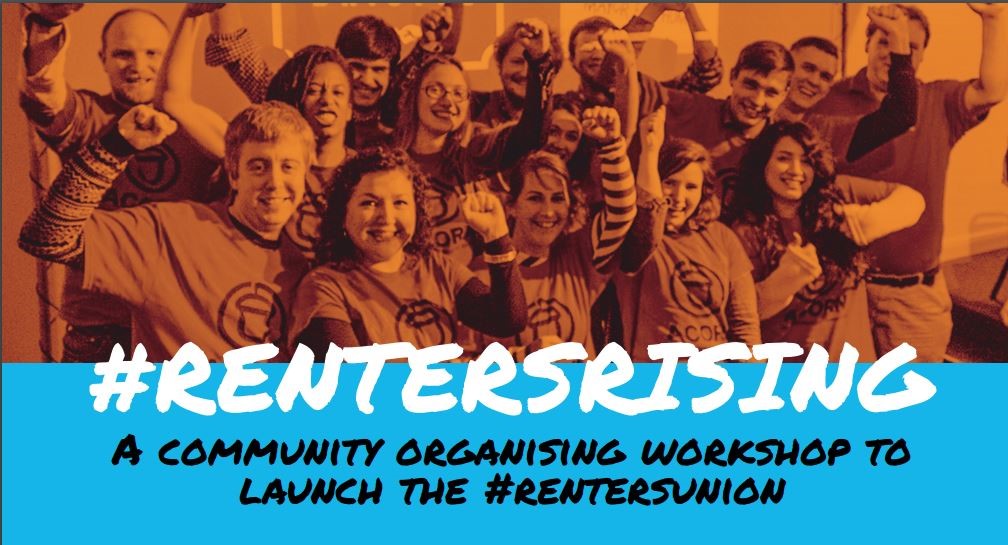 Renters pay the most, to live in the worst conditions, with the least security.

We need a union to give us a voice, defend our rights and fight for better.

“ACORN, the community union, launched in 2014 and has now grown to a network of more than 15,000 people. We have won over £100,000 in home repairs, stopped people being evicted and signed politicians, landlords and letting agents up to our Ethical Lettings Charter, guaranteeing standards for thousands of properties.” (2016)

This workshop covered the fundamentals of campaigning and community organising. By the end of the day we put in place a real campaign strategy to take on rogue landlords and letting agents and the Government that encourages them.