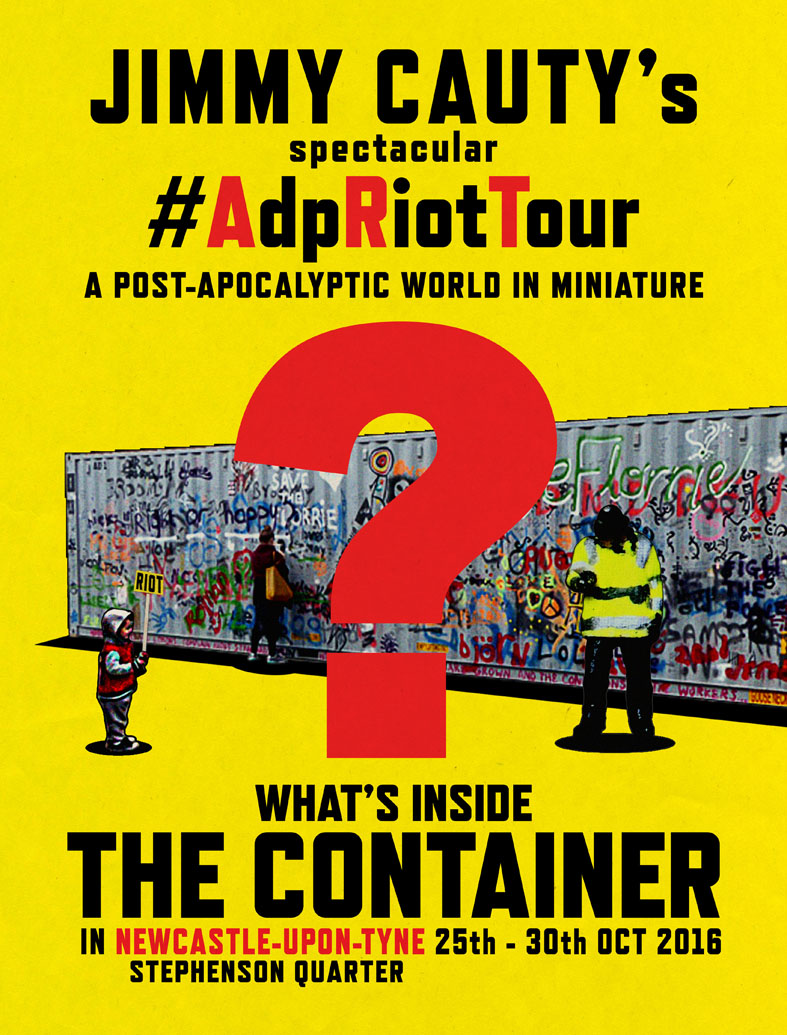 Visiting Newcastle for the first time as part of the UK Riot tour, Cauty’s The Aftermath Dislocation Principle ( ADP 1 ) is a ‘model village’ of unrest. A 40ft shipping container held a 1:87 scale dystopian cityscape, a vast post-apocalyptic landscape sited somewhere in Bedfordshire – a mythical middle England.

Artist Bio: James Francis Cauty aka Jimmy Cauty, is a British artist, born in Merseyside on 19 December 1956. He did not attend any music or art collage but over the past 40 years Cauty has distinguished himself as a musician, record producer, artist and cultural provocateur through fusions of high art, low art and popularist mediums sometimes to spectacular effect. His roguish and voluble approach has earned him a cult following for work that remains radical, responsive and darkly comical.