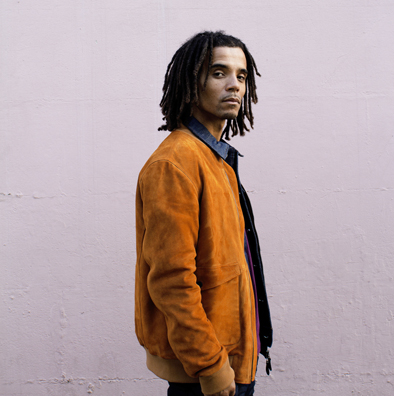 Celebrating the release of his first album, It’s Not A Rumour, ’10 years of Akala toured around the UK, and broke for a reading of short stories, poems and lyrics at the Newbridge Project Space, October 2016. This was followed by a live show at the Riverside Newcastle. This fiercely independent artist has performed in over 30 countries, released 6 albums, two books, presented the seminal Life of Rhyme for Channel 4, founded The Hip-Hop Shakespeare Company and has been a tireless voice for education and social justice in the UK and all over the world.

Akala is a MOBO Award Winning artist, an outspoken rapper, spoken word artist and writer. In 2008 Akala founded the Hip-Hop Shakespeare Company (Ian McKellen is a patron), a touring troupe performing Akala’s adaptations of Shakespeare’s work. His aim was to underline the similarity between the plays and the poetry of the best rappers, or, as he put it, “the lyricism that transcends all the revenge-tragedy, Tarantino violence”.

The ‘Doublethink’ diaries is a collection of dystopian poetry, the lyrics taken from the Doublethink album and selected other writings from one of the most interesting, informed and challenging voices to emerge from the British music scene in recent years. ‘The Ruins Of Empires’ — an epic poem and graphic novel features illustrations by Tokio Aoyama and follows ‘The Knowledge Seeker’ through the course of human history, via astral travel and multiple re-incarnations, in an attempt to discover the causes of the rise and fall of empires.

With part 4 of his eagerly anticipated legendary Fire In The Booth released in late 2016, an appearance on BBC2 & the RSC’s Shakespeare 400th birthday celebrations collaborating with Nitin Sawney and a reggae documentary on BBC4 broadcast in October 2016, Akala completed a year of solid progress and groundbreaking, path making vision from this artistic polymath.