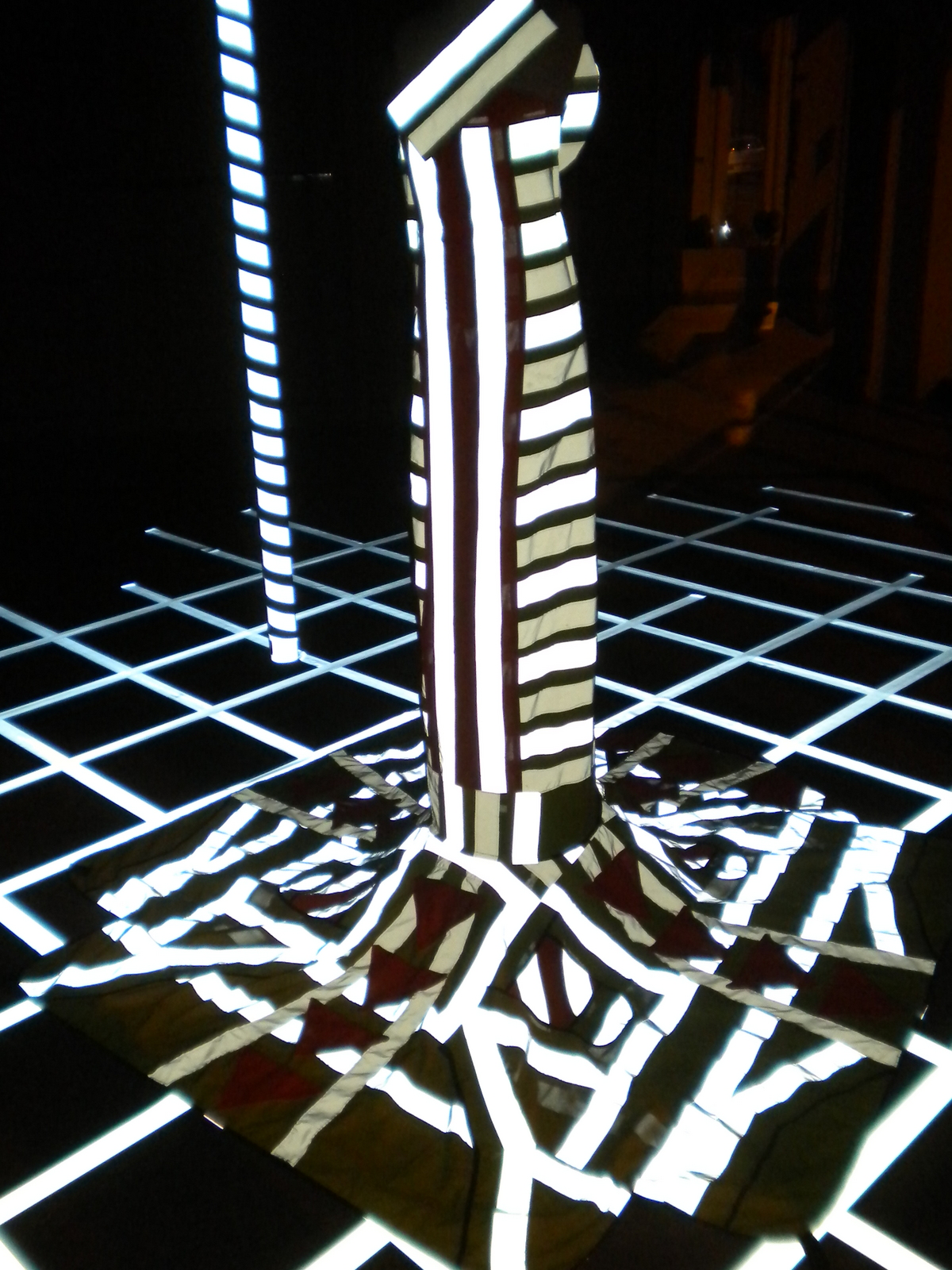 We’re shaking off our January blues with a series of snappy, sprightly pop-up shows in the NewBridge Project Space. NewBridge Studio members have taken over the project space and will be holding a series of their own pop-up events throughout January and February.

Professor Stephen Hawking says ‘humans must leave Earth and venture into space if they want to survive as a race’, but can we go forth and procreate? Space being vast and hostile makes it a rather comical and unrealistic venture although millions are being spent on these endeavours. The Human Spaceship examines the ‘process of going forth and multiplying’ through a series of costumes and humorous body adornments aiming to assist with colonisation plans for the Moon, Mars and space stations. The human body has evolved to thrive in the perfect atmosphere and gravitational conditions of planet Earth and when in the conditions of space, it starts to disintegrate, much like an accelerated ageing process. However, we have now had astronauts living on the International Space Station for 13 years and the Chinese have new plans to go to the Moon to exploit its mineral resources, which will require some type of colonisation.

This is ‘a work in progress’ project, and will include factual and fictional writing about what happens to the body, how humans have evolved from stardust, and speculation of where we might go to and how we might evolve in our space-age future. Please feel free to bring refreshments and join in informal conversations about space exploration and the future prospects of humanity!