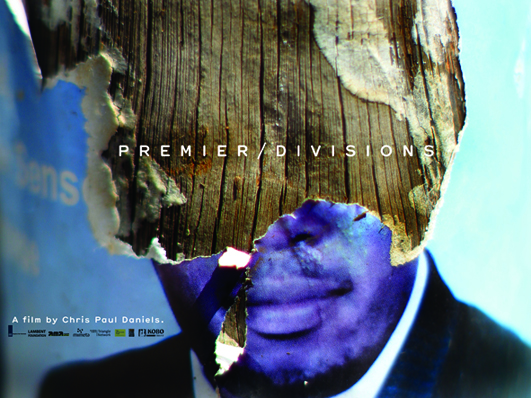 Christopher Paul Daniels creates work which is characterised by experimental documentation of communal perspectives and memories regarding geographical location. He has exhibited and screened work nationally and internationally, including BFI Southbank, Groninger Museum, IKON Gallery, Chisenhale Gallery, the National Media Museum, the Royal Standard, Rogue Artists Studios Project Space and won the Deutsche Bank Award for Art in 2010 for his collaborative project Unravel, the longest hand painted film in Britain.

He has performed live visual collaborations with musicians in Iceland, Sweden and the Netherlands and Kenya and had several films included in the international ‘One Minute’ film programme. Recent works include a sixty minute artist’s film entitled ‘Premier/Divisions’ which is the outcome of a Triangle Network and Gasworks Gallery funded residency at Kuona Trust Arts Centre in Nairobi, Kenya and a major commission for Virgin Records 40th Anniversary.

Through Connect/Exchange, Christopher began research for ‘Sub-Titled’, a new project investigating notions of ‘Northern’ identity and all the impracticalities and problems that this terminology incurs. With the support of The NewBridge Project, he explored translation processes inherent to film such as subtitles and over-dubbing that evaporate dialogue and dialect.

Christopher Paul Daniels was based at The NewBridge Project from 2nd – 23rd February 2014. He blogged about his residency during this time, follow the twitter feed #connectexchange to keep track of new posts.

Connect/Exchange is a national UK exchange initiative for artists with a moving image, digital or screen-based practice. It provides artists with three weeks time and space to undertake initial research and development for a new work or project. Artists will be supported to connect and exchange ideas with artists and curators in other regions, expand professional networks and present practice to the public via an artist’s talk or presentation. In addition, there will be a series of events across the project, including screenings, discussions and research visits.

Connect/Exchange is a Northern Film & Media initiative in partnership with The NewBridge Project, Metal (Liverpool) and A3 Project Space (Birmingham). It is supported by Arts Council England through Grants for the Arts, The European Regional Development Fund, and a-n The Artists Information Company.