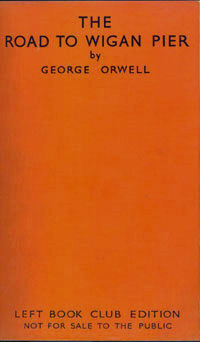 For the Festival month we ran a weekly reading group around two original Left Book Club titles published in the 1930s: George Orwell’s The Road to Wigan Pier and The Town that was Murdered by Ellen Wilkinson. The first two weeks of the Festival discussed The Road to Wigan Pier; the second two weeks discussed The Town that was Murdered.

You can also become a subscriber of the new Left Book Club more information here: http://www.leftbookclub.com