“Let’s meet the eight who are going to regenerate”

Produced by art world think tank BAZ, The Regeneration Game is BAZ’s interpretation of classic Saturday entertainment The Generation Game. Exploring the seedy business of inner city regeneration (and the role played by artists within this), The Regeneration Game provided a thrilling live game show involving three art world superstar couples, a ginger Bruce Forsyth, clever games and a conveyor belt powered by an artist on a fixed gear bike. 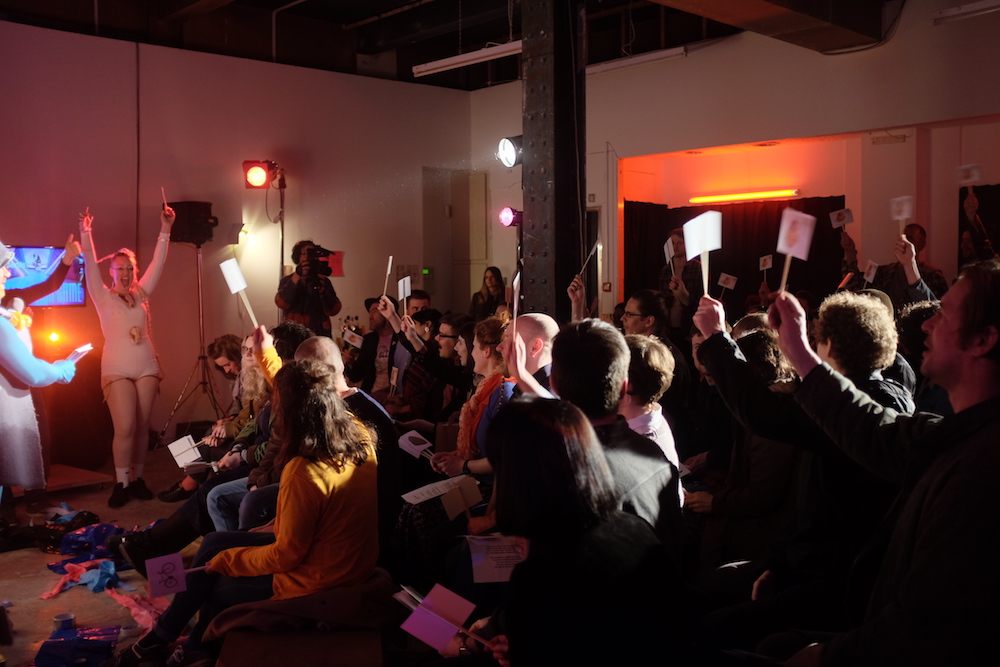 •‘Potato & Skins’ Round (The Street Food Round)
•The Private View Fashion Round
•The Naming Round – name the ‘The Northern Power 52’ (not an electricity company)
•The Modeling Clay Round (Can you fashion the Reuben Brothers out of clay?) 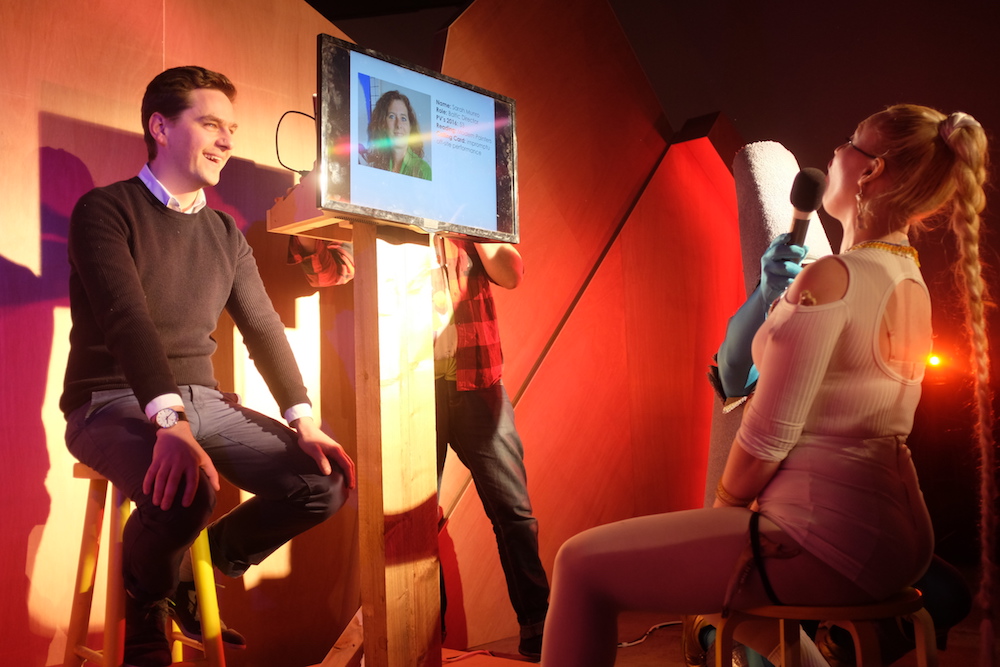 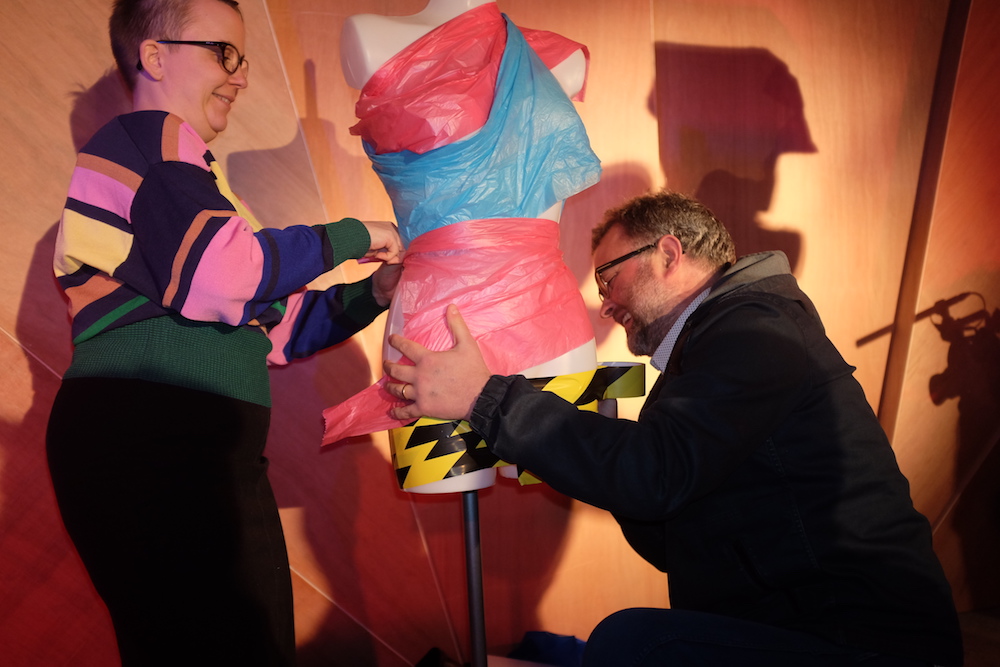 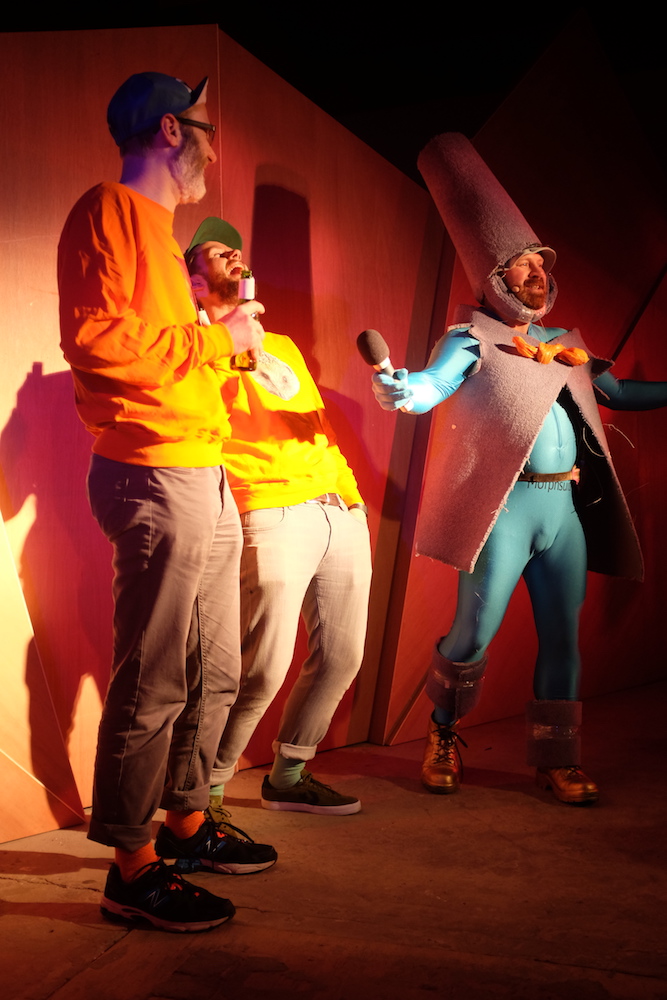 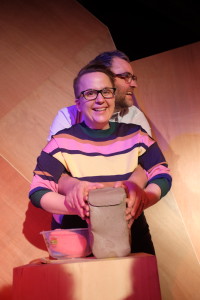 BAZ (Matt Westbrook & Chris Poolman) are a self elected art-world think-tank based at Grand Union in Birmingham.* Working with a combination of events, performance and writing, BAZ use humour to fictionalise and archive the idiosyncrasies of regional art scenes. Previous work has seen the creation of a pop up Artist-led Polytunnel Beer café, a 24 hour application writing nightclub and an artist curator dating show. By using structures and formats that encourage audiences to interact and shape the direction of the work, BAZ hope to initiate an open level of critique between the wider public and artists. Something like that anyway.

BAZ are passionate supporters of all things Birmingham. Bored by misconceptions and ‘Second City’ status they are engaged with an ongoing project to unite all the 31 ‘Birmingham’s’ across the world in to one global ‘Magic City’, celebrating its twenty first century ‘Magic-ness’. BAZ, like Sting, believe everything Birmingham does is Magic and want the world to know about it, especially people in Coventry.

For more information, or to offer us paid work, please email our interns ** at bazbirmingham@gmail.com ***

*** We reserve the right not to get back to you