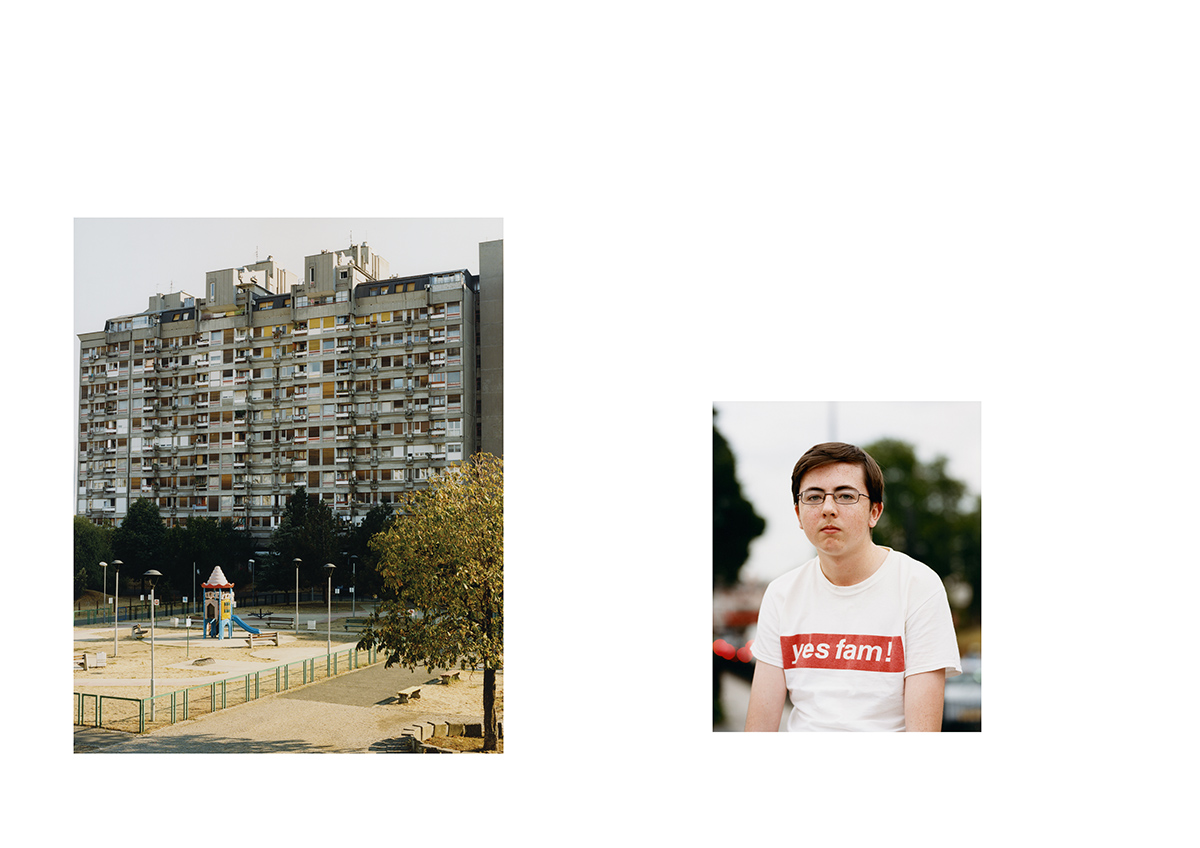 Both projects have been published and books were made available to buy during the exhibition.

BLOKOVI: NOVI BEOGRAD by LOLA PAPROCKA:
Blokovi: Novi Beograd is a photographic series exploring the New Belgrade apartment blocks and their residents, predominantly shot on medium format in August, 2015. Lola’s main source of inspiration comes from her interest and admiration of architecture and portraiture. These two themes frequently present themselves throughout the project. She intends not to focus on any particular group of people or subjects but has allowed the interactions with strangers in everyday situations within the Belgrade’s brutalist architecture to inform the overall narrative.

MILE END by PANI PAUL:
Mile End is a portrait based study of a skate park in East London. Its primary focus is to pay tribute to the spirit and charisma of the locals who populate the area.
The project was photographed over 3 years between 2012-2015.