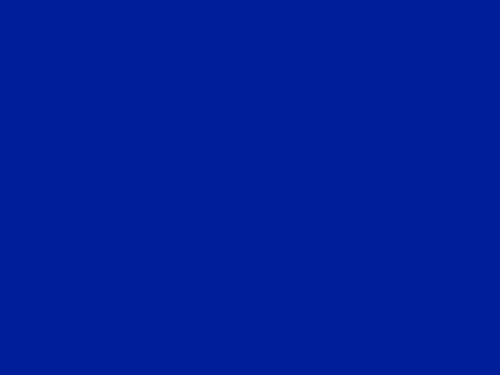 The NewBridge Project presented a screening of Derek Jarman’s final and most daring feature film – Blue.

Blue was screened in the NewBridge Project Space with Steven Dickie’s solo commission, A Hypertrophied Eye as the backdrop. Blue has been a key influence on Dickie’s artistic practice; George Vasey (Curator, Northern Gallery of Contemporary Art) introduced the film, exploring the parallels that exist between Blue and A Hypertrophied Eye.

Blue is a courageous personal testimony about Jarman’s experiences with AIDS, and was hailed as a masterpiece when it premiered at the Venice Biennale. A blue screen provides the the canvas for the visions of the audience, conjured up from the evacuative words and music of the remarkably rich soundtrack by Simon Fisher-Turner. Jarman’s own words are delivered by John Quentin, Nigel Terry, Tilda Swinton and Jarman himself. Quite without sentimentality, self pity or polemic, eloquently spare and vivid in its verbal imagery, and at times very funny, Blue is a remarkable work by one of Britain’s most extraordinary filmmakers.

“One of the most significant works Jarman has accomplished”
The Guardian

“There is nothing in cinema history to match this: a film at once so abstract, yet so intensely and painfully personal”
Geoff Brown, The Times

Through an immersive video and sculptural installation,  A Hypertrophied Eye poses countering relationships with contemporary media – the promise of an unlimited knowledge, tempered by the anxiety of a life dominated by the screen.  A Hypertrophied eye confronts the increasingly pervasive nature of screen-based media through the eradication of sound and image, the work attempts to conceal a character whose vision has come to dominate their understanding of the world.

George Vasey is curator at the Northern gallery for Contemporary Art and writer. His writing has appeared in Art Monthly, Art Review, Kaleidoscope and frieze.com. He was  a Jerwood Writer in Residence in 2013 and recent curatorial projects include ‘Alexis Hunter & Jo Spence’ at Richard Saltoun, London and ‘A Small Hiccup’ a touring exhibition commissioned by Grand Union in 2013.

Steven Dickie (b. Glasgow, 1978) based in London. An Arts Council England International Fellow in 2006; he has since received a Masters with distinction from The Slade School of Fine Art in 2010 having previously studied at Duncan of Jordanstone, Dundee. He has exhibited across the UK and internationally including Glasgow International; Casino Luxembourg, The Lab (Dublin), ZDB Galleria (Lisbon), Catalyst Arts (Belfast), BEARSPACE (London) and Grand Union (Birmingham). Recent projects have been presented at Fremantle Arts Centre (Perth, AUS), Hoxton Art Gallery (London), and SWG3 (Glasgow).