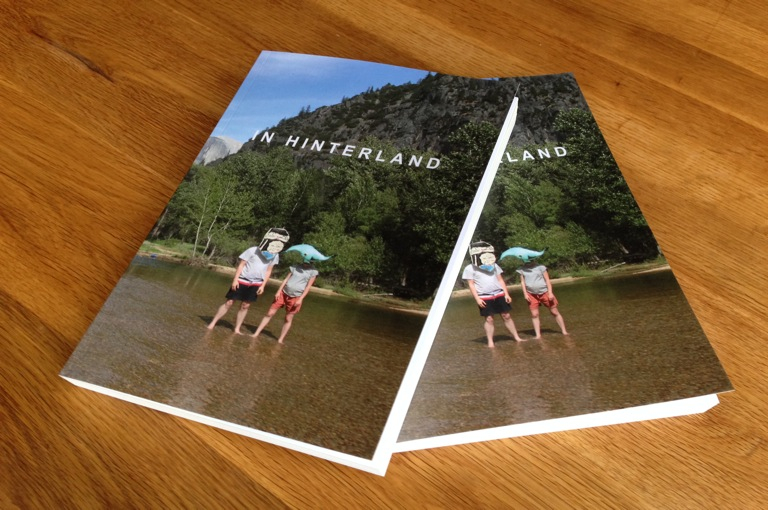 We were joined for an evening of events programmed by Luke McCreadie to mark the launch of his book In Hinterland which is now on sale at NewBridge Books. The evening included contributions from Paul Becker, Luke Presley and Ben Jeans Houghton among others.

In Hinterland is the title of a feature length film made by artist Luke McCreadie. The book In Hinterland  finds itself as another in between Romancing with structure, kissing the grid, enjoying the layout and at the same time still swimming in the chaos. Seen as an attempt to find a pattern and simultaneously deny it, to speak but only in clay, to look but only into ones own eye, to write but only in forms. The book contains images from performances, installations, films, sculptures and music made by Luke McCreadie, accompanied by writing from Tim Dixon and Alice McCreadie.

Luke McCreadie is an artist who lives and works in Newcastle Upon Tyne, he studied both his BA and MA in Fine Art at The Slade School of Fine Art in London and he was the recent recipient of the Warwick Stafford Fellowship. His work spans different mediums, centering itself in sculpture but using perfromance, film and music.  Luke sees his work as a cross between the clarity in the idea of K.F.E. Trahndorff’s Gesamptkunstwerk and the cacophony of a one man band.