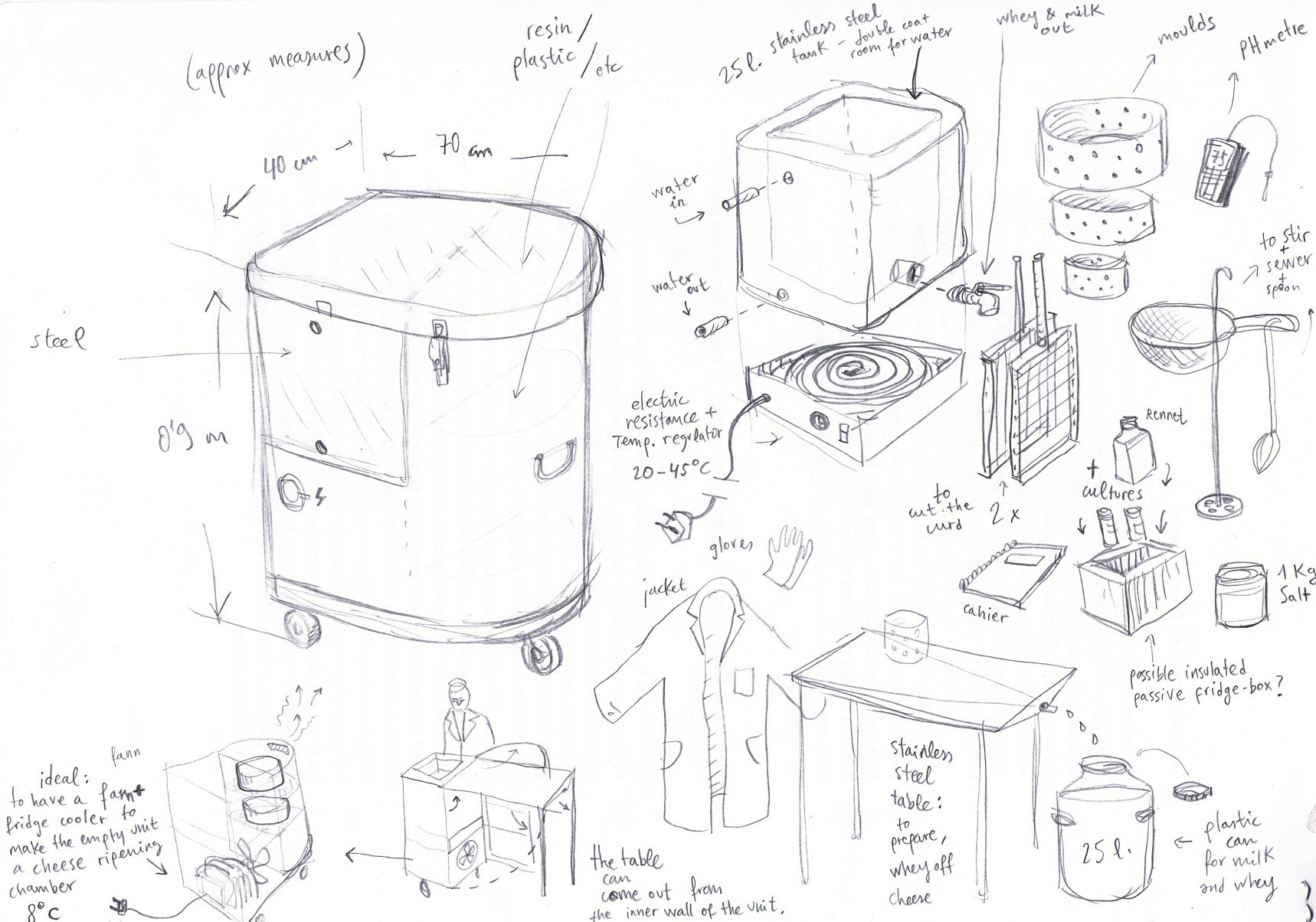 Artist Fernando Garcia Dory was commissioned by Grizedale Arts to make a mobile cheese production unit. We invited people to see it in action with artist Julia Wilmott and Liam Wood, cheesemaker at Vallum Farm who demonstrated and discussed the use of the unit. There was also a fantastic opportunity to taste local cheeses from The Northumberland Cheese Company.

BIOS:
Fernando García-Dory´s (b. 1978) work engages specifically with the relationship between culture and nature now, as manifested in multiple contexts, from landscape and the rural, to desires and expectations concerned with identity, through to (global) crisis, utopia and the potential for social change. He studied Fine Arts and Rural Sociology in Madrid and Amsterdam, and now preparing his PhD on Agroecology. Interested in the harmonic complexity of biological forms and processes, his work addresses connections and cooperation, from microorganisms to social systems, and from traditional art languages such as drawing to collaborative agroecological projects, actions, and cooperatives. He is currently working and preparing exhibitions with Casco Projects Utrecht,  Cambridge University, Casa Gallina Mexico City, and HIAP Helsinki. He will be presenting his main current work, INLAND.org at this year Istanbul Biennale, and recovering an abandoned village in the mountains north of Spain as headquarters for the project.

Julia Wilmott (b.1986) is a multi-disciplinary artist based in the North East of England. She has a BA in Fine Art from the Glasgow School of Art (2009). Her current work examines the impact of an ever-growing dehumanization of the food industry and investigates the socio-political value ascribed to food by both small communities and the global food market. Previous projects include ‘Rural Export’, which explored the social fabric of a contemporary Lakeland landscape, shaped by tourism and the hospitality trade as much as traditional farming. It was developed over a period of 6 months with the community, and involved the invention of a cheese, made from the iconic Herdwick sheep.

This workshop formed part of  the events programme for Urban Organisms, a project that examined and creatively explored food sustainability in cities.