Doing Everything And Dying 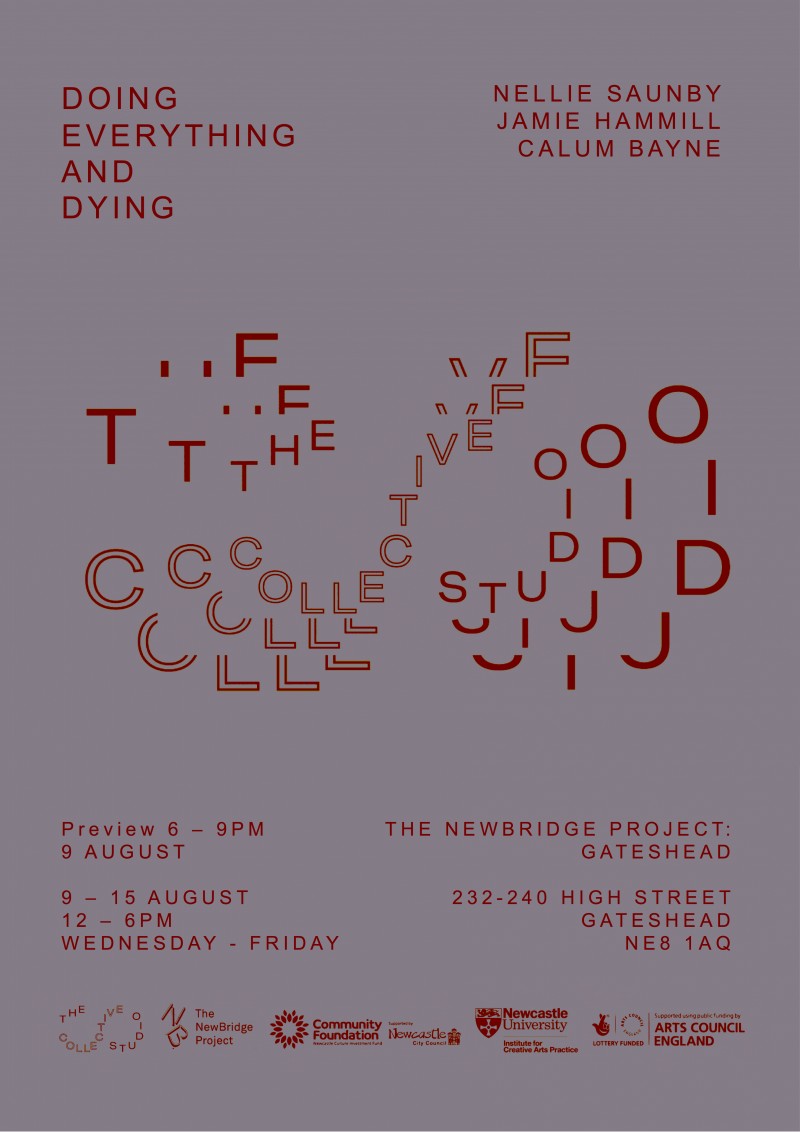 It is a group show of three artists based in the same flat in Newcastle upon Tyne: Nellie Saunby, Jamie Hammill and Calum Bayne. We are all busy doing different things on our way to death’s door and this show takes a moment to look at these things in one room. We are doing our best and our worst and we are not about to quit just yet!

Jamie Hammill is an artist from the north west now in the north east. He is interested in pop music, the fluidity between rigid and fragile, the points where things break or fail and how we might strive to hold them up; heat, desire, the dreamy, the unobtainable and the points where things lock into a groove before wobbling and dissolving and finding their groove again. His work is predominately grounded in sculpture but he also finds himself making music, performances, videos and other things as well.

Nellie Saunby is an artist based in Newcastle upon Tyne and likes how insignificance can be meaningful and vice versa. Lately she has been unsure of what she is doing, but everything has started to become clearer which is good, isn’t it? She works with sculpture, text, drawing, video and performance and recently has shown work at the Northern Charter, Culture Lab and System Gallery, Newcastle.

This exhibition is programmed as part of The Collective Studio, NewBridge’s early career artist development programme.