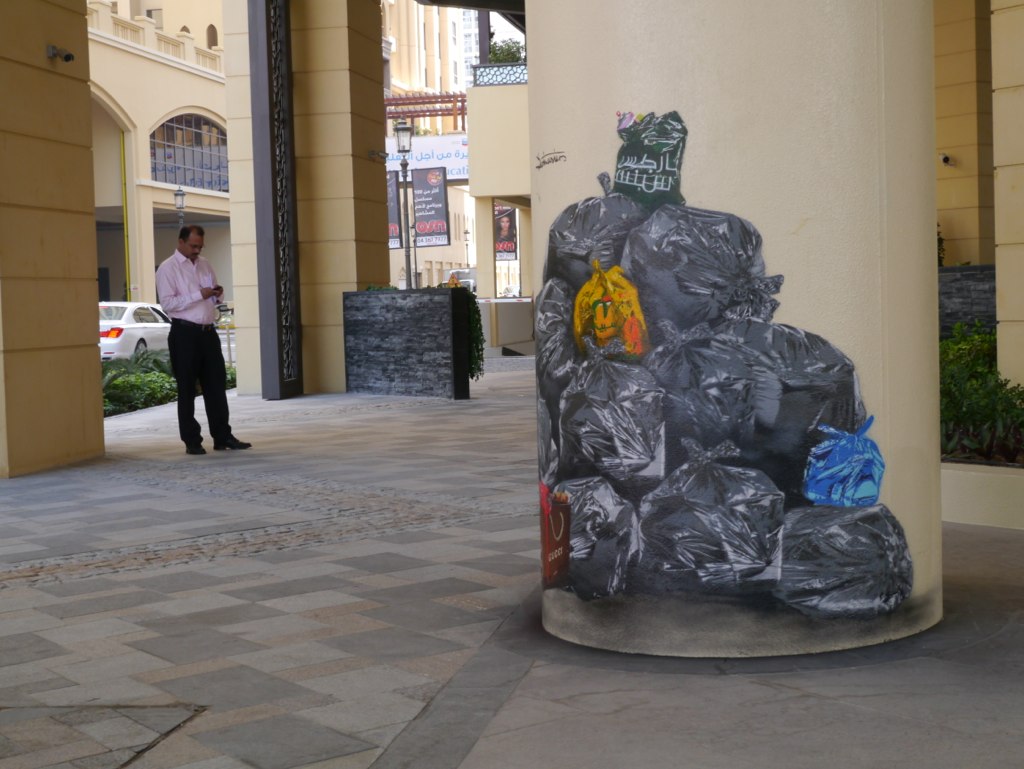 Taking a sideways look at populist media, work from Dotmaster draws on the visual history of land reform. A city wall reflects a struggle against a state, an uprising of a dispossessed faction seeking to even the score rather than unifying a divided land.

Dotmaster, a London artist, who started painting on the streets of Brighton in the early ’90s. He takes a sideways look at a populist media with a typically English sense of humour. His work is impeccably detailed – half-tone, stark black and white street works contrast with photo-real stencils.

Invited to take part in Banksy’s Waterloo ‘Cans Festival’ 2008 and featuring in ‘Exit Through the Gift Shop’, 2010. A driving force behind the Nuart festival in Norway, He is an active Uncrew member of the misfit freak show that is The Unfairground and he has collaborated with grass roots activists, luxury brands, festivals, weirdos, and drop outs.