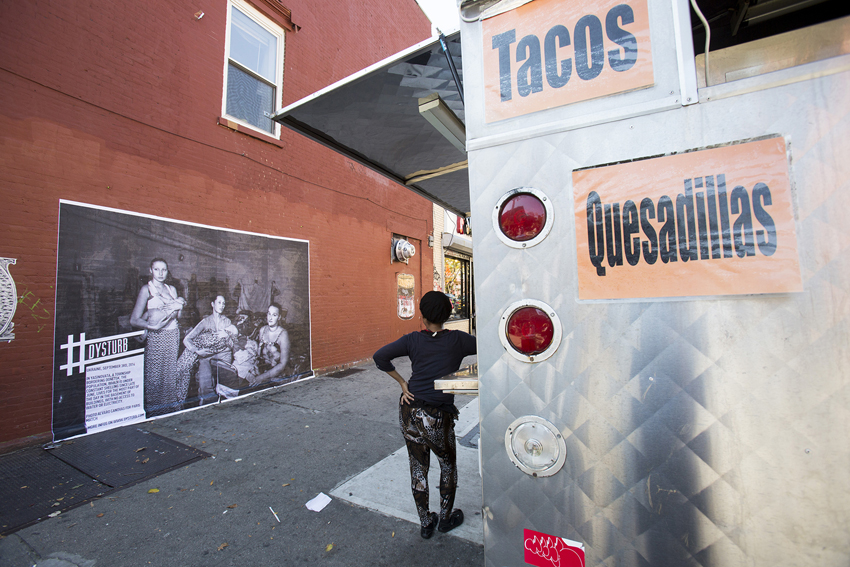 “Taking to the streets, new work from Dysturb appropriates the city streets as gallery space, presenting photojournalism free from the restrictions of conventional media channels. Democratising the distribution of photographs and integrating news stories into the urban landscape selected images are pasted onto walls for billboard size public display.” (2016)