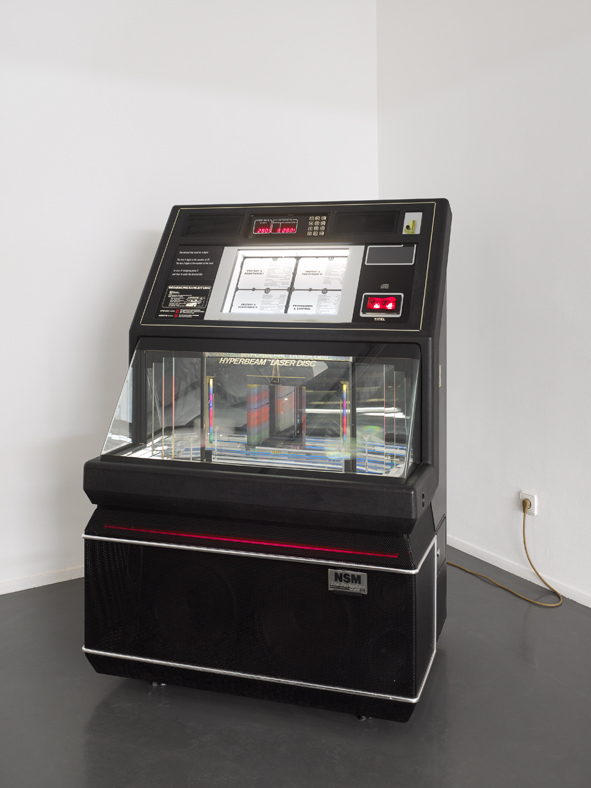 Ruth Ewan
A Jukebox of People Trying to Change the World

A Jukebox of People Trying to Change the World is a CD jukebox, sitting between digital and analogue technologies which contains a growing collection of songs addressing a spectrum of social issues, some directly political in motive, some vaguely utopian and some chronicling specific historic events. The songs could all be described as progressive in subject matter. The archive currently contains over 2,000 tracks, with no more than two by the same artist, which are ordered into over seventy categories such as feminism, land ownership, poverty, civil rights and ecology.

Ruth Ewan (b.1980) lives and works in London. Ewan’s work takes many forms including performance, installation and printed matter. Her practice explores overlooked areas of political and social history, reviving these forgotten thoughts and ideas and highlighting their continued relevance today. Often celebrating activists and radical thinkers, Ewan’s work encourages collaboration and participation – in the past she has worked with historians, traditional craftsmen, musicians and school children.