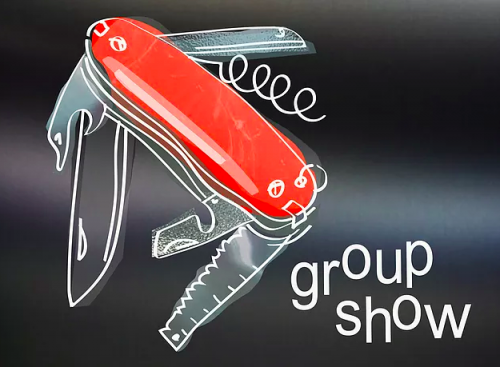 Throughout March 2019 Caitlin was resident at The NewBridge Project, working closely with studio and associate members to record the podcast. Group Show acts as an informal archive, giving voice to the inner workings of NewBridge, friendships and current collaborations, with a view to developing new ones, and discussing how the organisation is currently working together.

The first series of Group Show was conceived of as part of 12ø’s S/S17 curatorial residency as an exploration into expanded curatorial practice. Each episode includes a mixture of interviews, sound commissions and regular features covering artist-led activity around the UK. You can listen to Series One here.

Series Two was produced at The NewBridge Project as part of our Practice makes Practice residency in March 2019, and features music, sound pieces and interviews from studio and associate NBP members.

The podcast launched on Friday 26 May 2019 with Unintimacy, a night of performance, film and music which has been co-produced by various artists through collaboration, co-curated by artists Caitlin Merrett King and Grace Denton.

Listen to each episode here:

Episode 4: featuring three sound pieces from TOT-TOT-TOTALALAZOLA, an exhibition by TOTALLER curated by Lesley Guy at The NewBridge Project in January-February 2019.

Episode 5: featuring an interview with The NewBridge Project’s Artist Development Coordinator, Dan Russell, a new sound piece by Sam Blackwood and Luke Garthwaite, and an interview with artist and curator Holly Argent.

Episode 6: featuring a conversation with Grace Denton, Craig Pollard and Will Edmondes chatting about Wild Pop.

Episode 8: featuring a conversation between Ilana, Hannah, Helen, Lorna, Marwa and Katy who were all involved in artist Bobby Baker’s Great and Tiny War project.

Episode 9: in this final episode artists Kat Bevan, Midge Charvill Ryall and Zara Worth present Ask Me Anything!

You can also listen on iTunes, and various other podcast platforms!

Group Show will soon become a regular feature on Subcity, a community radio station in Glasgow. Episode 1 will go out on 6 Jan, 2020. Find out more here.

Using collaboration as the initial point of departure for her expanded artistic and curatorial practices, Caitlin Merrett King makes work that refers to specific relationships or friendships as well as working collaboratively on exhibitions, events and art works with friends. Through print, film, installation and writing, she considers how her work is a collaboration between herself and her influences both directly and indirectly. She is interested in the political nature of personal and professional relationships, how exploitation, nepotism and generosity are played out and become entwined within structures of emotional labour. she uses appropriation as a tool to self-consciously analyse these relations and what influences the way we conduct our relationships and how.