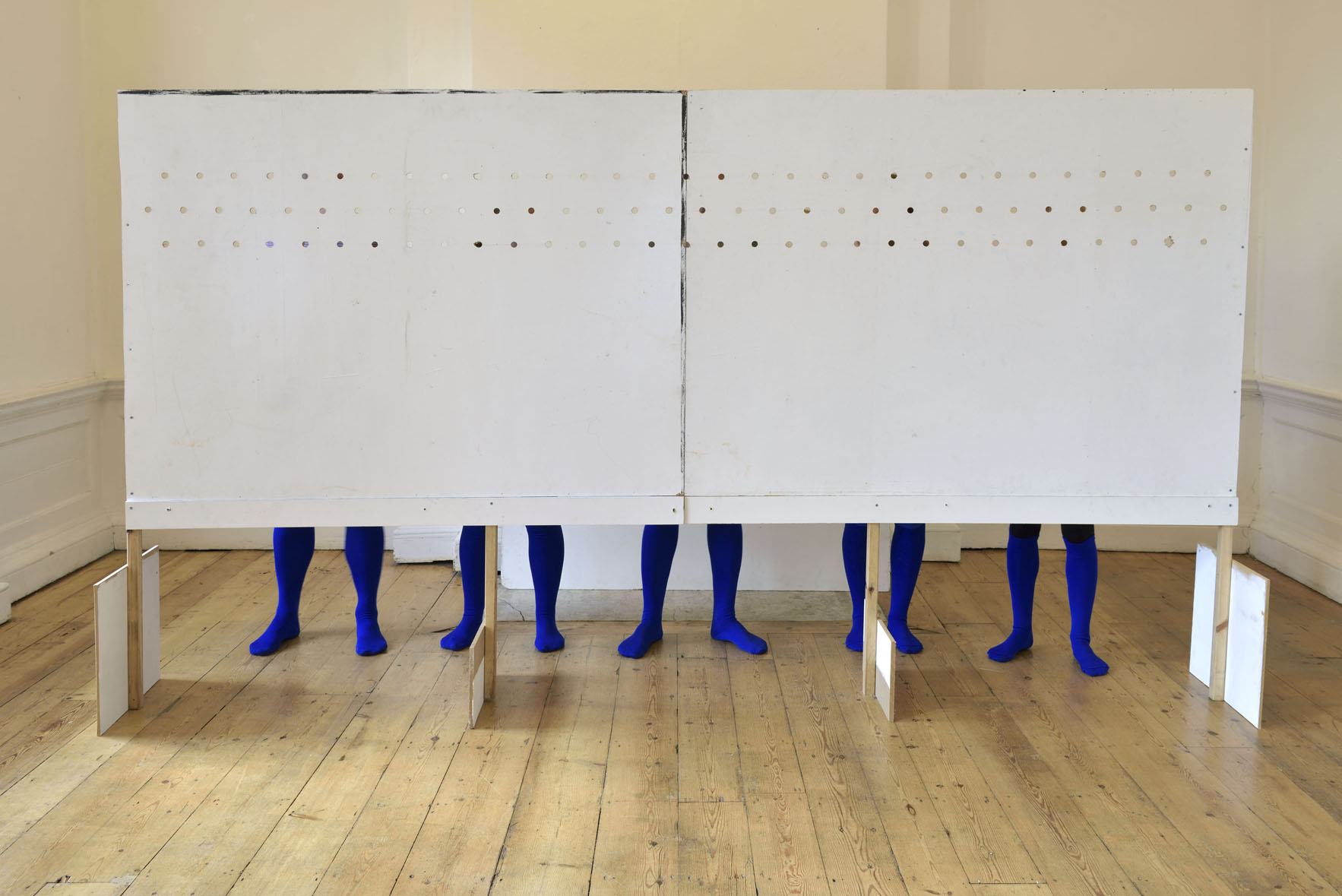 Lawrence Bradby visited NewBridge Bookshop to talk about his artistic practice and his new screening programme, Playing with Space.

Lawrence Bradby works as half of collaborative artists’ practice Townley and Bradby. They started out making site-specific games and urban interventions. For the last five years they have been looking at ways to sustain a creative practice whilst also earning a living, raising children and managing chronic illness. Much of this work has come under the title Artists as Parents as Artists. Last year they presented some of this work as an artists’ book: An Endless Round of Repetitive Tasks With Operatic Anger and Comic Turns (Sideline Publications).

Artists: why wait for your performance to be selected by a gallery? Why not put your work on show right now, by performing in the street? Playing With Space celebrates artists who have done just this, making guerrilla interventions and granting themselves the right to make their own work public. As a touring film and performance programme, Playing With Space has taken place in 2012, 2013 and 2015 in Colchester, Norwich and London. Playing With Space is curated by Lawrence Bradby.

Working alongside children, or in the small gaps presented within the domestic rhythms, often means making art in spaces already being used for something else, or by someone else. This is a connection with Townley and Bradby’s beginnings in 2003 making outdoor work, and also with the work presented through Playing With Space.

The screening and talk were supported by ASPECT – an Independent Cinema Office initiative funded by Arts Council England.

Image: Townley and Bradby, Untitled, 2015 (performance work which used the verbal tropes and rhythms of our family meal times as the basis of a vocal performance)