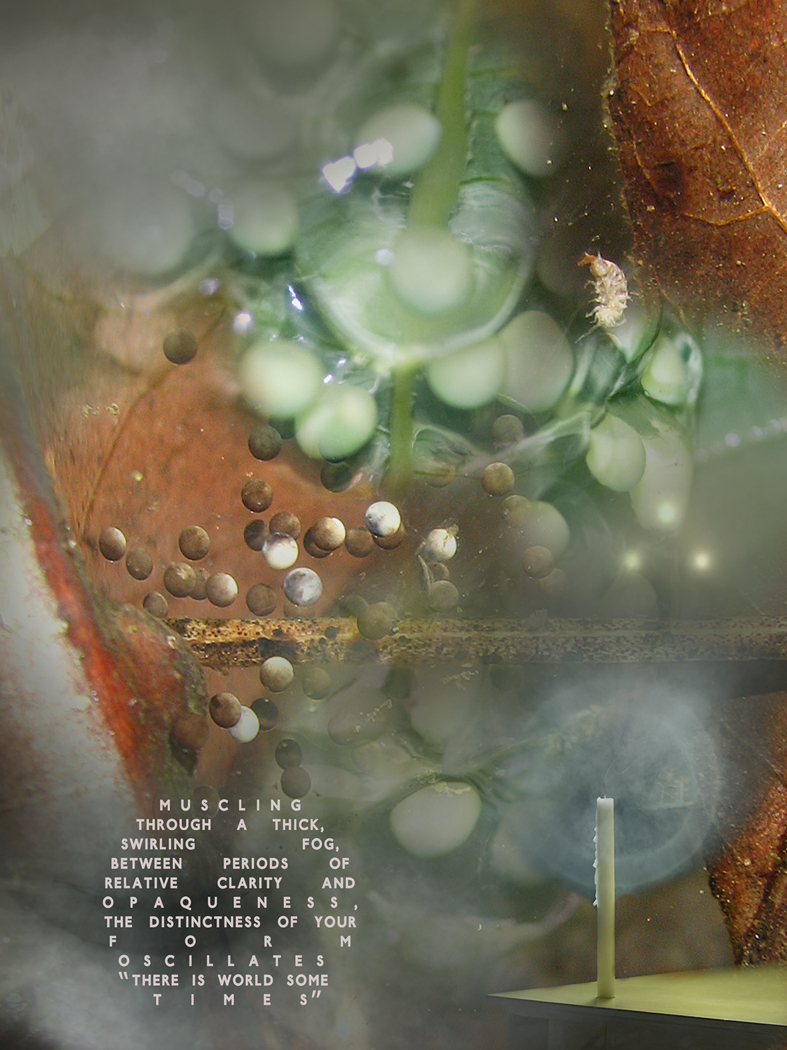 PERFORMANCE: “there is world sometimes”

Muscling through a thick, swirling fog, between
periods of relative clarity and opaqueness,
the distinctness of your form
oscillates: “there is world sometimes”

On invitation from Nicola Singh (based in Newcastle, UK)—Timothy, Wojciech, Yunuen and Nicola came together to make a performance spanning two nights for an audience at the NewBridge Project Space. Among them they decided the terms of the events: to be – to be ready with… an allegation, the power to create a kind of reality. 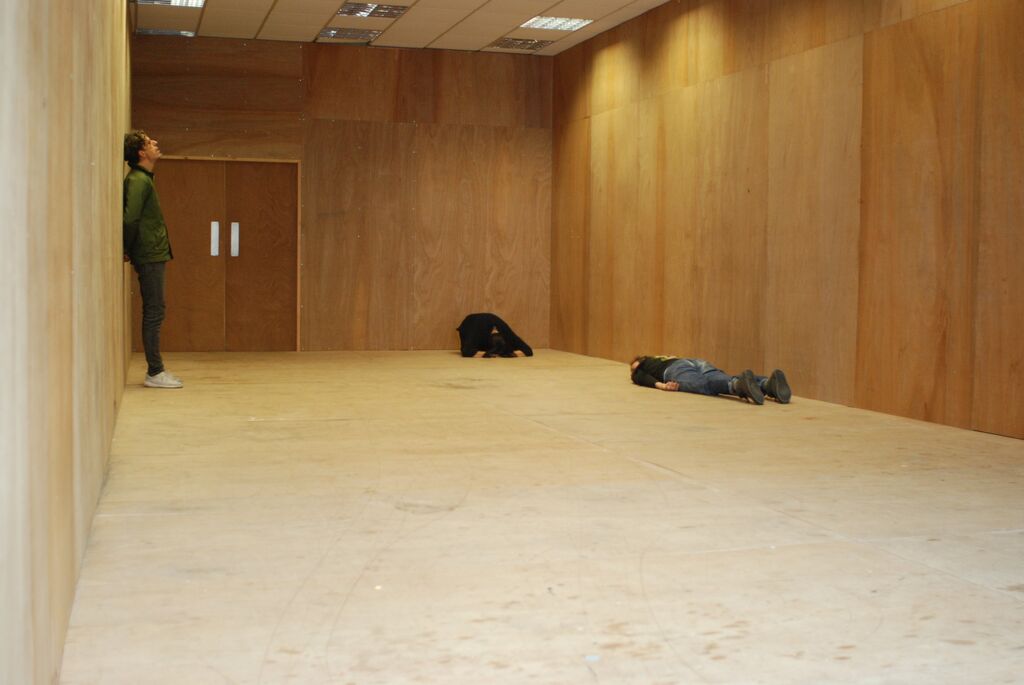 The performers generate a collective reality by rendering their relationships public. These relationships evolve in real time, through a shared rehearsal period. The outcome is situated between individual practices—avant-garde performance, internal martial arts, improvisational theatre, Post-Modern dance, and Contemporary Visual Art—and is influenced by each performer’s private experiences of friendship and intimacy.

Over the course of two performances across two evenings, the interactions between the performers will be offered to an audience. The presence of the public is seen as an essential element of the situation. It enables a way of relating that does not and could not exist in the same way outside of the perimeters of the performance. Degrees of intimacy, perceptions of touch, felt and projected boundaries, friendships, autobiography, anonymity or—put simply—the things we do or not do with each other, are explored. Individual repertoires of a lived experience are synthesized into a collective form. . 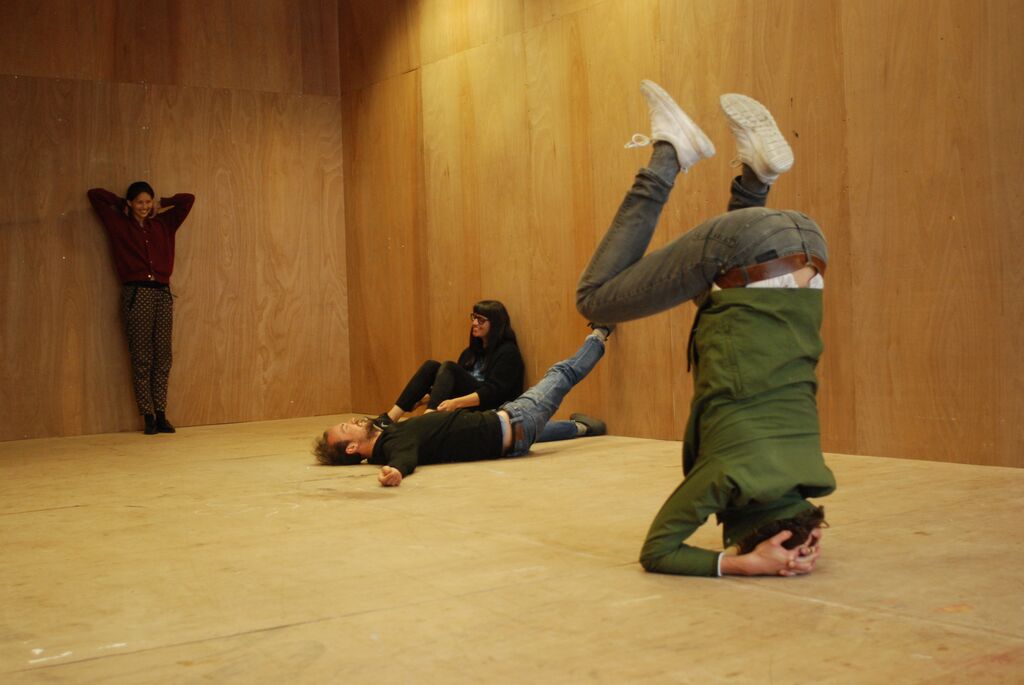 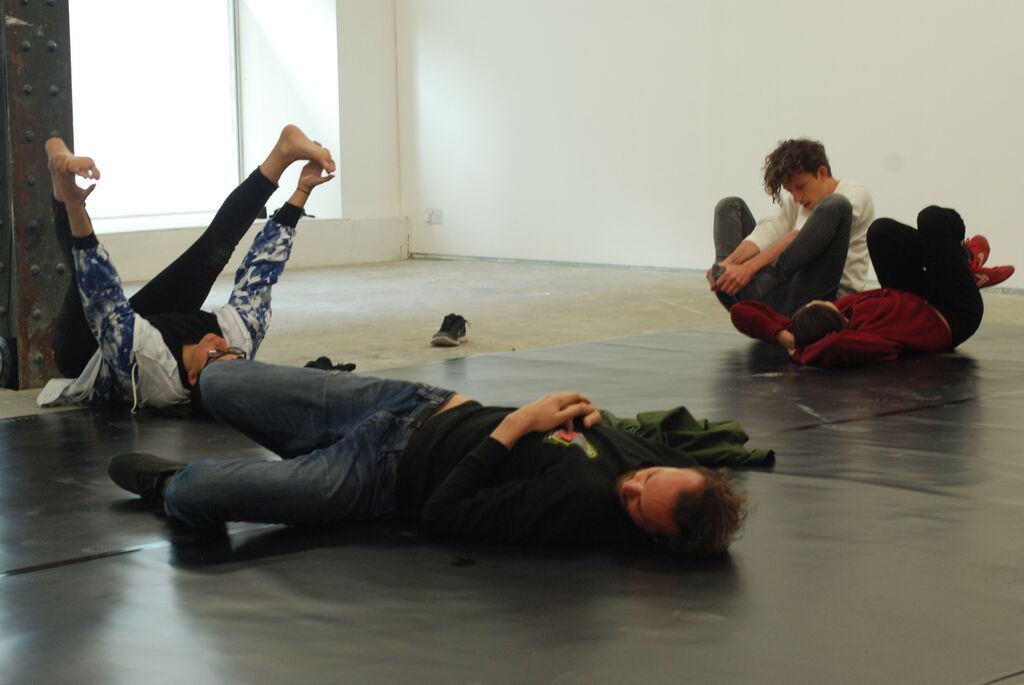 The project loosely derives from a collaborative, performative practice organised by Wojciech Kosma since 2011. Upon experiencing an iteration of this practice at Transmission Gallery in Glasgow in 2013 (featuring Timothy Murray and Dylan Aiello), Nicola initiated a new collaboration with an aim of a public presentation in Newcastle. . Her intention was to create “a ripple across the city, with means of affecting relationships;a jive between autobiography, knowledge and language that collapses through movement – a space in which to feel things.” 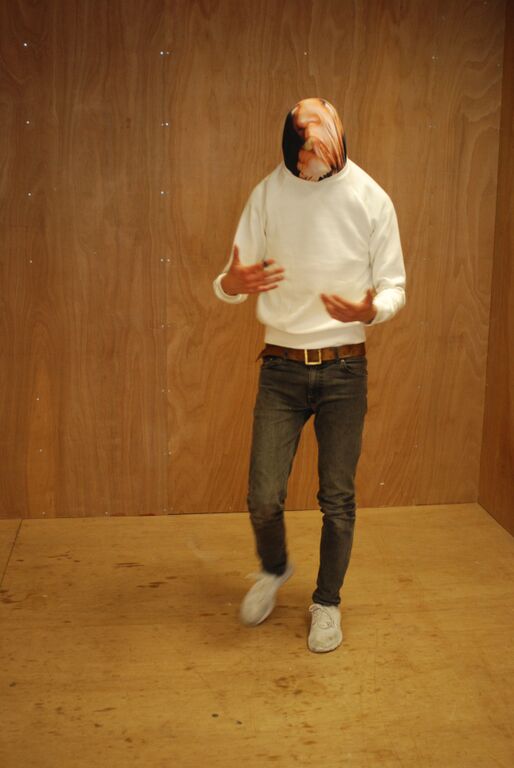 Yunuen Rhi: Rooted in Turtle Island (Mexico-US), the orient and beyond incorporates a mix of native epistemologies daoist martial arts and queer colored feminisms into her performative living.

Wojciech Kosma’s collaborative practice is situated at the intersection of the artistic production and the social realm.

Timothy Murray lives and works in Berlin — his writing on empathy will soon appear in Collaborative Art in the Twenty-first Century (Routledge).

Nicola Singh’s performance practice is generated from research and structured improvisation, often in collaboration with others. Her current practice-led PhD project explores the performative potential of text.

Commissioned by The NewBridge Project and supported by Arts Council England.