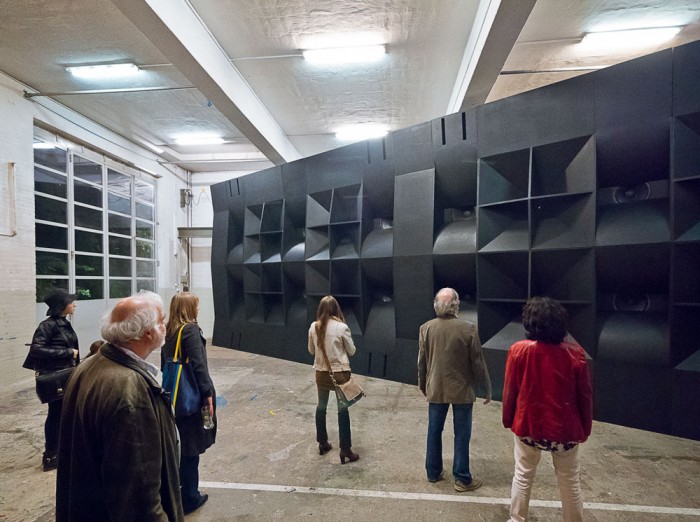 We invited members to meet and discuss their work with international artists, Konrad Smoleński or Honza Zamojski.
Smolenski and Zamojski collaborated on Transparent, a commission for NewBridge Project Space. Transparent ran from May to July 2016.

BIOS:
Konrad Smoleński (b.1977) – active in the area of visual arts, working with sound, video and performance. His works operate frequently between the potential inherent in the energy charge and the physical limitations of the surroundings. Graduated from the Poznań Academy of Fine Arts. He has presented his works, produced projects and performed in numerous venues, among others: Ludwig Museum, Budapest; Pinchuk Art Center, Kiev; Palais de Tokyo, Paris; Zachęta — National Gallery of Art, Warsaw; Kunsthalle, Winterthur; PERFORMA, New York. Member and co-creator of BNNT group. Winner of the Deutsche Bank Foundation Award — Views 2011. In 2013, he represented Poland at the 55th Venice Biennale. Lives and works in Warsaw (PL) and Bern (CH).

Honza Zamojski (b. 1981) – artist, designer, book publisher and also a curator who incorporates a wide array of media — from illustration, through sculptural drawings to infographics taken from the corporate world, and poetry as well. He creates narratives which, when considered from afar, build a universal, multilayered world based on a philosophy of agnosticism and the energy of the perpetuum mobile. Minimalist in form, rich in symbolism, his abstract compositions and figurative representations come together as a visual language that is governed by its own grammatical structure and format. What welds together some of these seemingly divergent elements is a sense of humor about the world and his own place within it. Zamojski is the author of over a dozen books and his work has been shown at solo and group shows in Poland and abroad, including the Zachęta – National Gallery of Art, Foksal Gallery, Morsbroich Museum and the Andrew Kreps Gallery in New York. He’s presented his lecture on self-publishing, titled “How it’s Made”, at the Centre Pompidou, MoMA Library and Printed Matter New York.