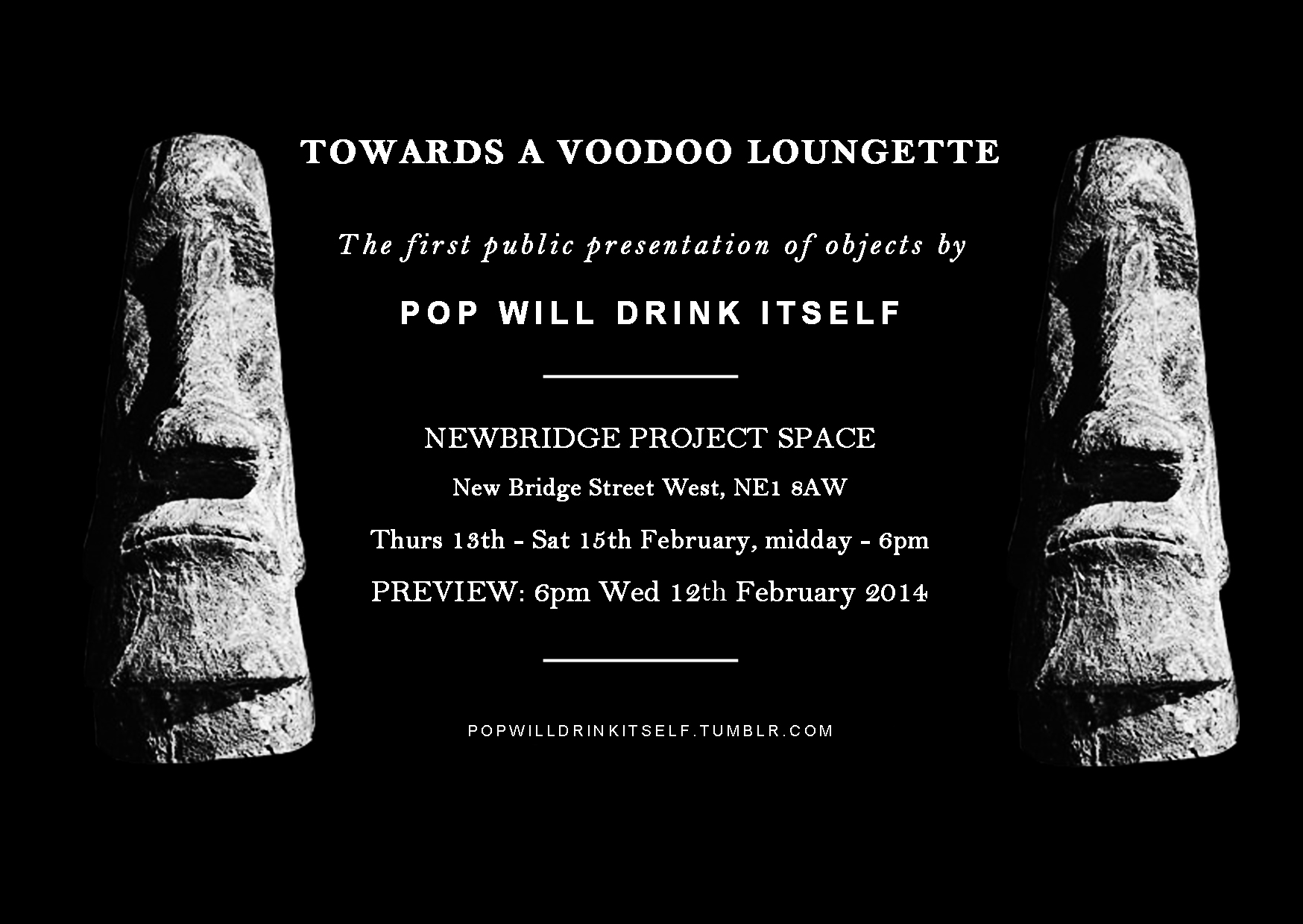 POP UP SHOW: Towards a Voodoo Loungette

POP WILL DRINK ITSELF
Towards a Voodoo Loungette

The first public presentation of objects by POP WILL DRINK ITSELF