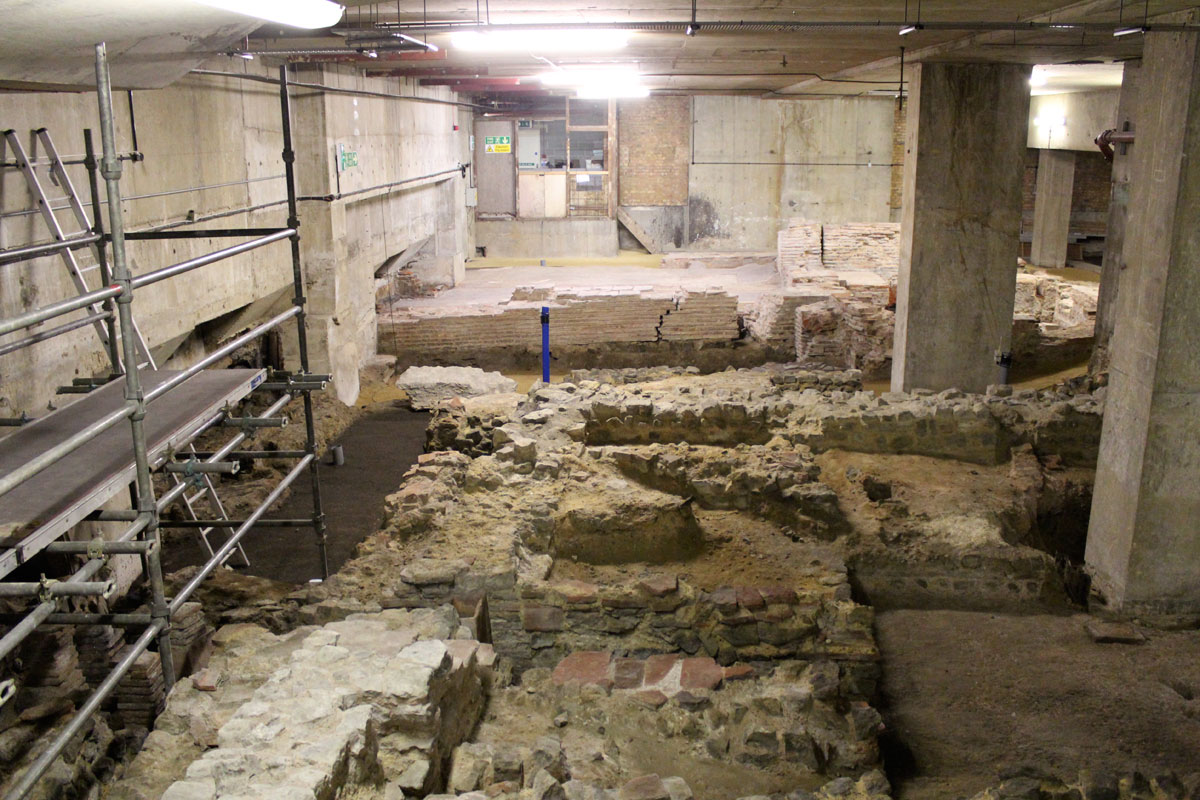 Reconfiguring Ruins brought together The NewBridge Project, the School of Advanced Study, University of London, the Open University, Newcastle University and Sheffield University and the Museum of London Archaeology (MOLA) in London.

Reconfiguring Ruins hosted workshops and site visits to various ‘ruins’ in London (January 2015) and Newcastle (June 2015) for academics, artists and practicing archaeologists, among others, the conversations that took place formed the basis for a range of critical and creative work.

The project also included a new artist commission exploring the theme of ruins, the work was exhibited at the NewBridge Project Space and University of London, Senate House.

“The project aims to critically reflect on the contemporary explosion of interest in ruins across the arts and humanities by re-connecting the theoretical and methodological metaphors which draw on ruins and ruination (e.g. ‘excavation’, ‘archaeology’, ‘palimpsest’) with the materiality of the ruin; the processes by which ruins emerge, change, and are sustained; and the different kinds of actors that engage with ruins.

The aesthetic of ruins privileged in the romantic concept of Ruinenlust (illustrated by, among others, Tate Britain’s ‘Ruin Lust’ exhibition, 2014) captured a particular Western gaze on ruins as a concept, site and process. Our cross-disciplinary and cross-period approach questions the meaningfulness of ruins from other perspectives, and asks whether the imagination of ruins can be a generative and pre-figurative means of engaging with future change as well as thinking about interactions with the past.

Reconfiguring Ruins is supported by an AHRC ‘Care for the Future’ Developmental Award.