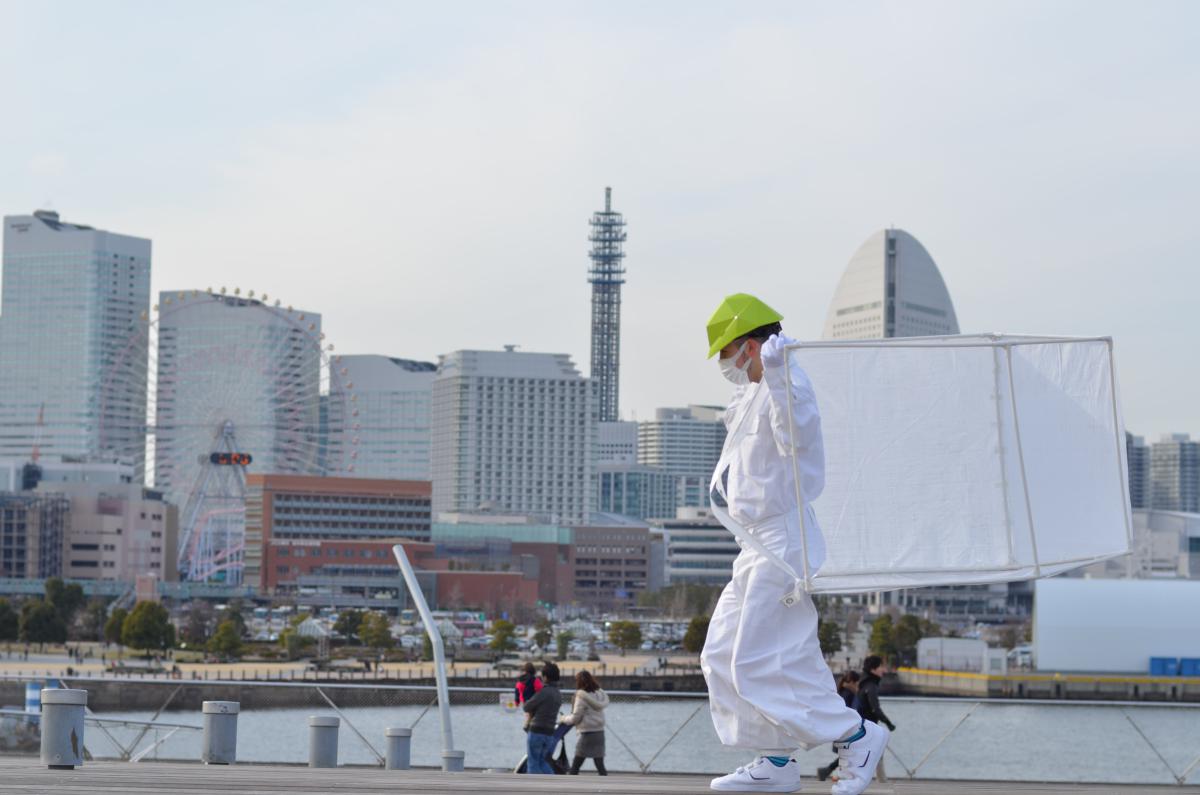 Richard DeDomenici makes work that’s social, joyful, topical and political – although rarely simultaneously. He specialises in urban-absurdist interventions which strive to create the kind of uncertainty that leads to possibility. In a month-long exhibition at NewBridge Project Space, DeDomenici adopted the habits and aesthetics of 24-hour, rolling news, before leading Newcastle’s people into the streets armed with balloons in a typically irreverent expression of the deeper detail in the nation’s big issues.

Artist Bio: Richard is the inventor of the Carry-Ok wearable karaoke system, office chair sport The Swivelympics, the crocheted crypto-currency Knitcoin, and the radical feminist Eurovision tribute Fux Bizz. He recently released a fundraising record called Live Art Aid, and led a horse-drawn funeral cortege through the streets of London to commemorate the death of social housing. He has made work in 28 countries, and is currently trying to devise a site-specific project in Iran.