Broadcasting live from Slacks Radio booth in Newbridge’s gallery over two sessions in October 2021 and January 2022 to mark the exhibition Brave New Worlds’ opening and closure.

Listen back to the archived recordings below

Slack’s Radio Residency was part of the Blazing New Worlds programme. A stream of guests joined Slacks in our gallery space and broadcast the following schedule.

We are… Community Action to Inspire Hope

A collective of persons with lived experiences gathered to peer support and share. The poem was created at the end of an iterative process during the months of May and June 2020 and performed collectively when the restrictions of the first lockdown were lifted in July 2020. Submitted by Kolia Bene on behalf of the group.

Non-human animals suffer exploitation in many corners of our human world, but are their stories being told effectively? Performance artist Ben Hunt in conversations with Leigh Venus Ben shares some of his work and discusses how performance and trauma are present in animal rights activism.

Artist Louise Mackenzie works with composer, Hayley Jenkins and Intertidal Interactive Officer Dorinda Kealoha on project Be The Sea, which looks at how to empathise with nonhuman life along the Tyne to Tees coastline through sound and listening exercises that focus on the perspective of the nonhuman through sound.

OSCFM is an unplanned radio show hosted by Oscar Robinson. Just like many children around the UK, OSCFM was born in the bedroom and has grown since then.

Competition makes mild pop music that thinks about smallness and vulnerability, building hooks from within its own limited means. This set will include new songs / songs never played live before.

Grace is bringing us a one off music mix of spiritual bangers, because nothing goes harder than Orinoco Flow. ☯️🌜🔮🧘

Shieldfield Youth Programme will take over the radio including a playlist of songs picked by the young people in Shieldfield, interviews, chat and general youth programme entertainment

Andy plays songs featuring life advice or direction, from transformative techno bangers to country songs about how to recycle properly. The DJ will talk about the songs but will confine the advice to the music only!

The Shieldfield Youth project will host, picking favourite tunes and chatting with some guests and amongst themselves!

Collaborative artist duo Lloyd & Wilson will give a live broadcast, playing a series of records dedicated to people who have supported them over the years through acts of kindness and friendship.

Luke Anslow will play a live vinyl radio show with a bit of crack in between the tunes and some facts/stories about the music – open format with anything from funk & soul,
disco, nu-disco, house, deep house.

Justin Lees, an artist based at Venture Arts in Manchester creates podcasts documenting his own everyday.

a podcast exploring different areas across the arts and
cultural production.

Yael Roberts and Andi Amirshah will present ‘Early transmission’ a preview of Cubitt Community Radio – which will be launching later this month. The artists will discuss the project, share music,
and have a general conversation about broadcasting and artistic production.

A live soundscape by artist Clara Hancock, exploring the cave as a metaphor for dreaming about otherworlds and alternative futures. Weaving spoken word, youtube clips, experimental music and field recordings.

30 Minutes to Newcastle – Will Stockwell

Artist Will Stockwell will take listeners on a soundtracked tour of his everyday life in winter 2020. Playing songs he listened to on the walk between his last studio at the NewBridge Project’s Gateshead (previous) space, and his flat/place of work north of the city centre.

have a nice day – Hannah Couch

What would a radio show about the medium of photography sound like? Artist Victoria Louise Doyle will delve into the time-space of radio to explore a different medium, learning through this different lens.

Ben Sayer plays experimental sounds and interviews Rebecca Huggan director of The NewBridge Project, and from the Star and Shadow Cinema artists Lindsay Duncanson and Marek Gabrysch and creative producer Michael McHugh – the two arts venues have recently become neighbours in Shieldfield, Newcastle and are long-standing friends, they discuss their work in the area.

Elliot Flanagan will broadcast a 30-minute immersive sound collage of diary entries,
shared memories of community and the communal experience during the pandemic, field and archive recordings and found cassette samples of the media.

Paula Blair hosts Audiovisual Cultures – a podcast exploring different areas across the arts and
cultural production. Here, Paula interviews Vane Gallery and looks at Orbis/CU House – a studio complex that was based in the city centre and which closed recently due to redevelopment/ the demolition of the building.

Slack’s radio runs every weekend and started back in June 2021, it currently has over 100 residents who play everything from intercontinental new wave to soothing ambient rumbling dubstep. Slack’s was set up to help diverse art and music in the region, whilst building community and creating space for like-minded music lovers.

For more information about Slack’s and how to support the radio, please visit their website at – https://slacks.world

Blazing New Worlds is a programme of commissions, events and workshops in celebration of The NewBridge Project’s 11th Birthday. Throughout the programme a series of open calls and funding opportunities were released and supported projects were hosted in the gallery and online. Commissions by the artists Graeme Hopper (Grassi Art) and Cassie Thornton have been publicly displayed in the gallery throughout the programme, since October.

We commissioned Slack’s founder Jon Cornbill, to construct a radio booth that has been on display in the NewBridge gallery throughout the Slack’s Radio residency. The first round of the residency saw Slack’s Radio take over the gallery with a programme of music, performance, spoken word and conversation. 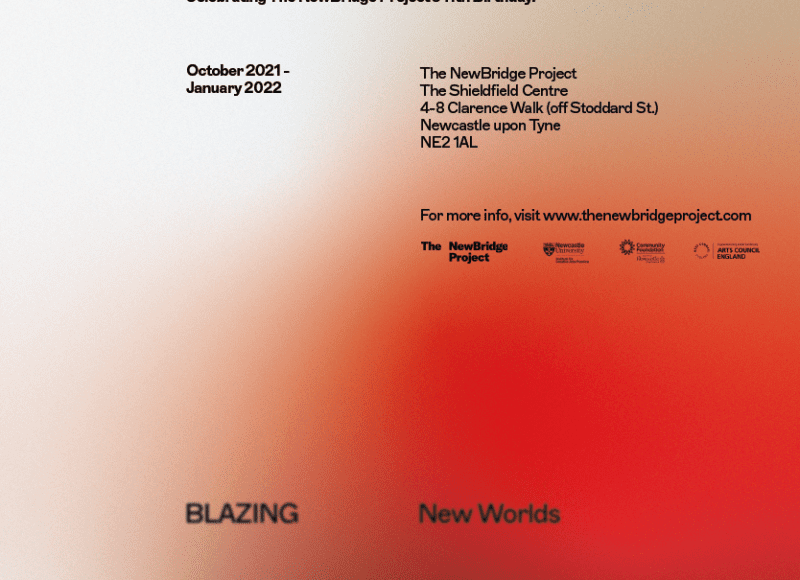 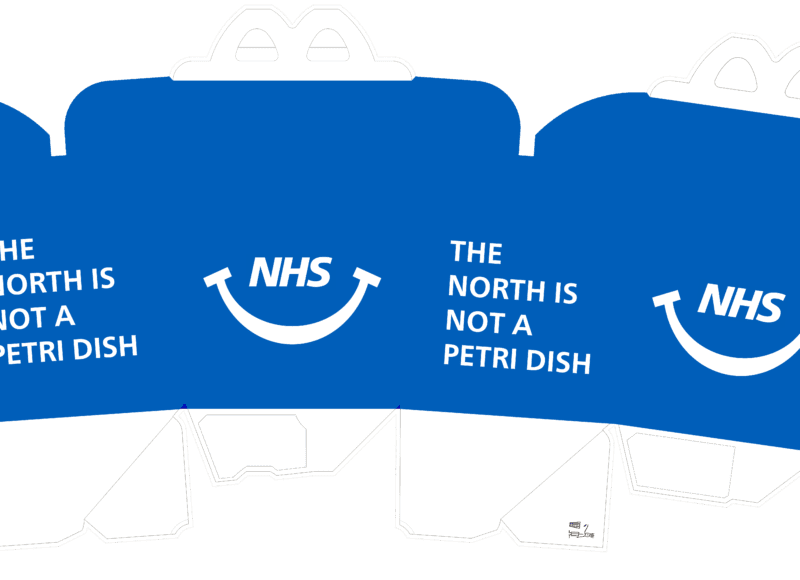 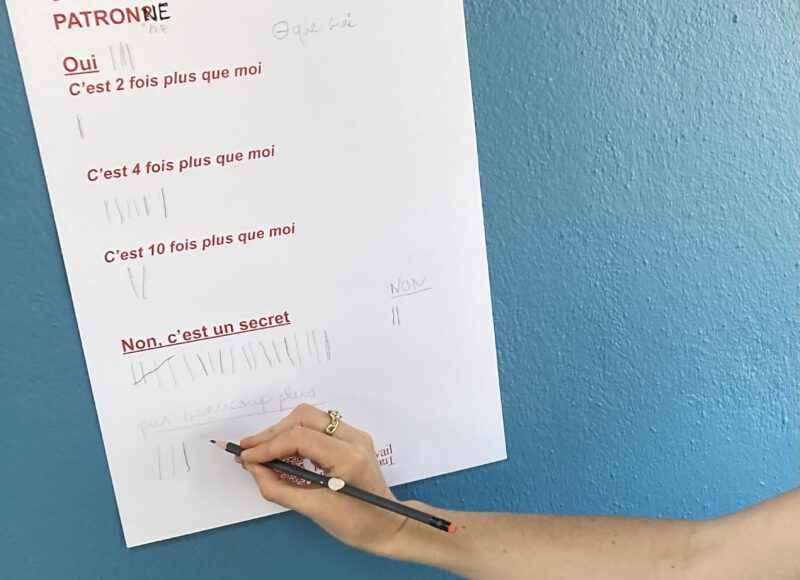 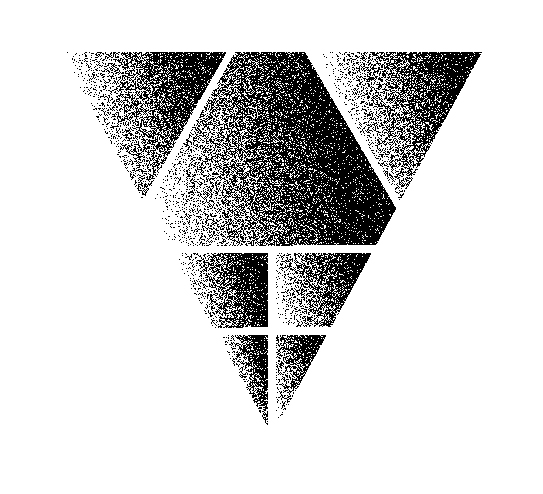 Blazing New Worlds: TO BUILD A HOUSE OUT OF PEOPLE with The Hologram 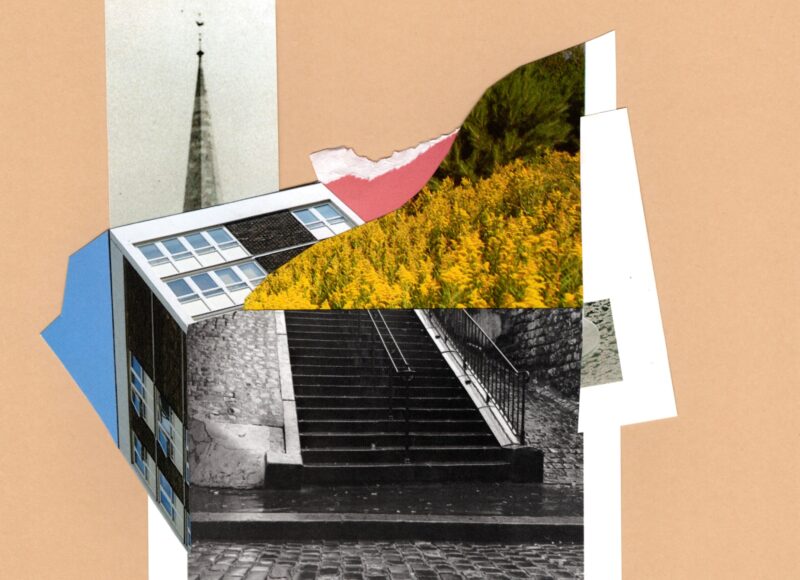 This event is accessed remotely online.