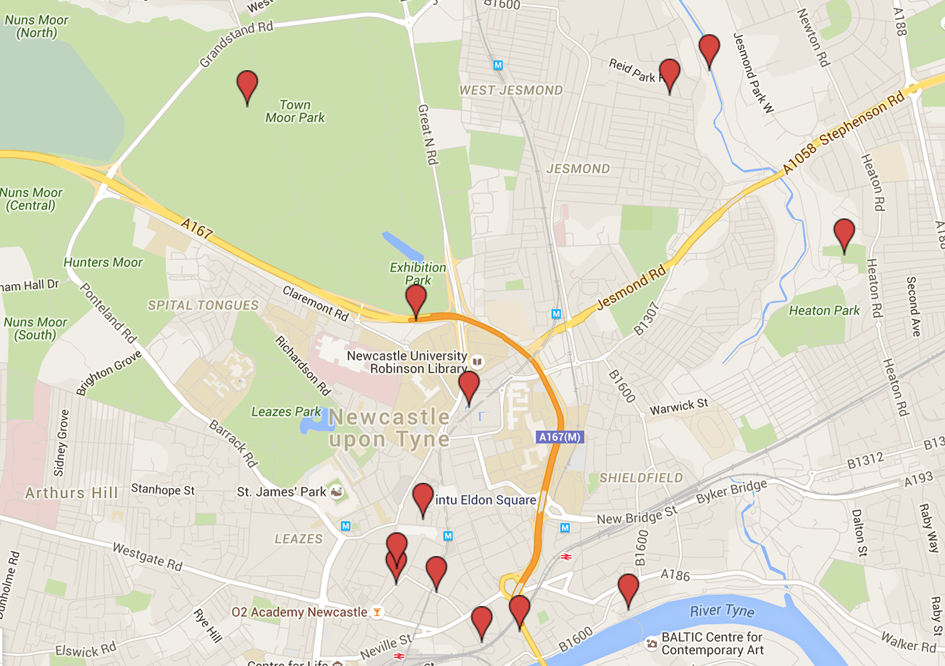 In conjunction with The Ten Commandments exhibition by Jacob Robinson & Kelvin Brown we hosted a weekend of sound walks and workshops exploring the recording, telling and re-telling of personal stories and sonic topography of the city.

After the tour the collection of recordings were released as a downloadable album.

Field recording workshop with Kelvin Brown
NewBridge Project Space
Sunday’s participatory workshop served as both a practical introduction to field recording and a chance to collaboratively explore the sonic landscape, and collective memories of the city. Led by Kelvin Brown, the group produced a set of recordings to document both the sonic characteristics of the city, and the the stories that surround them. These recording were then compiled and a vinyl record pressed and held in the NewBridge archive.

This workshop was intended to provide an overview of field recording techniques, as well as creating a space to explore collective sonic significance of Newcastle’s sonic landscape. The final pressed record will serve as archive of the personal connections to the sonic characteristics within the constantly changing urban landscape.