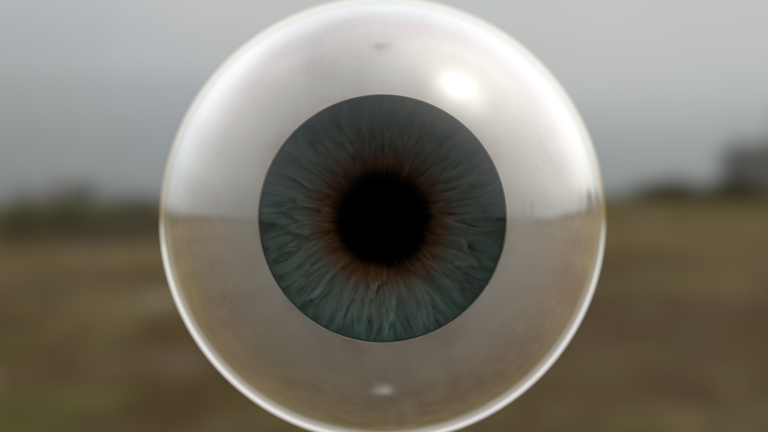 The NewBridge Project presented a new commission by Steven Dickie. A Hypertrophied eye, which lent its name to the exhibition, confronting the increasingly pervasive nature of screen-based media through the eradication of sound and image, the work attempts to conceal a character whose vision has come to dominate their understanding of the world.

Through an immersive video and sculptural installation,  A Hypertrophied Eye posed countering relationships with contemporary media – the promise of an unlimited knowledge, tempered by the anxiety of a life dominated by the screen.

With the backdrop of developed societies’ transition toward knowledge-based economies, this exhibition extended our innate desire to know by exploring the limits of knowledge systems. Dickie describes the potential of a society geared solely toward the pursuit of knowledge and the impact on an individual inhabiting such a hinterland. In the process the work confronted the chronology within media while unpacking language systems. Sculptural components served to collapse the physical and temporal thresholds of on and off-screen.

A Hypertrophied Eye, forms the final part of a two-part exhibition series, the first instalment, The Problems of Explaining a Thunk was shown at Fremantle Arts centre, Perth (Australia) and explored the disjuncture between our ability to think and the capacity of media formats to accurately record, represent and convey thought. Its narrative is focussed on the attempts of an individual to grasp a thought at the limits of comprehension and their endeavours to express it as they journey to a counter world in which everything is known.

A Hypertrophied Eye was developed with Stuart Bannister. 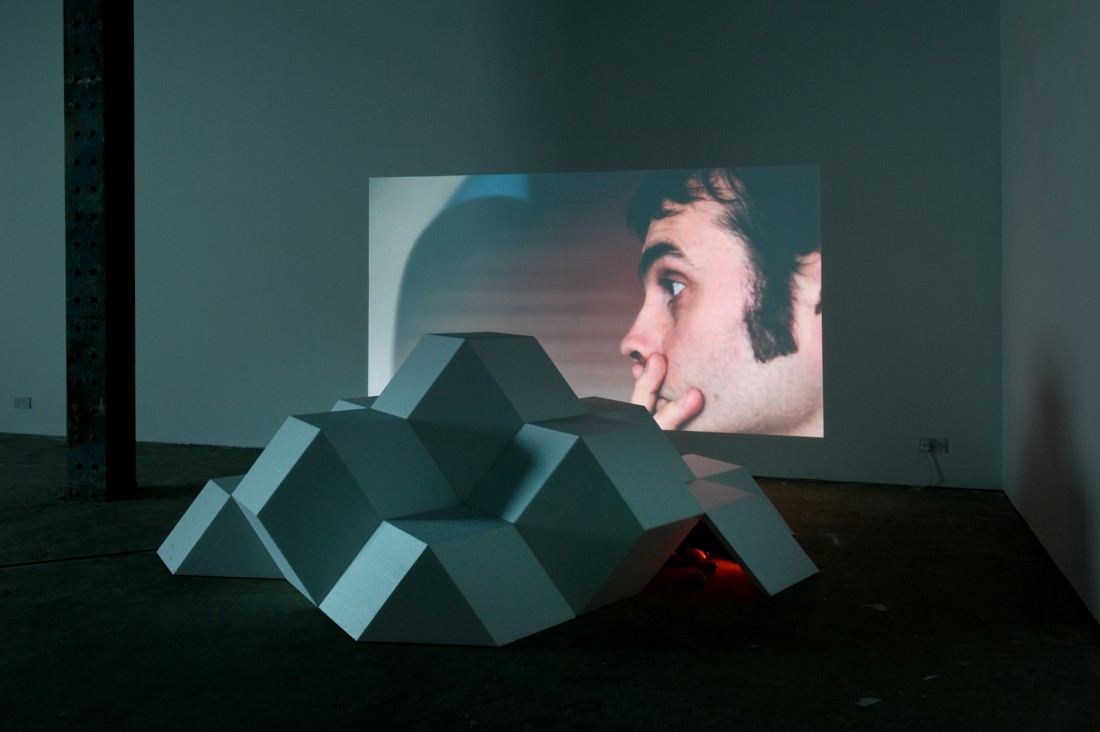 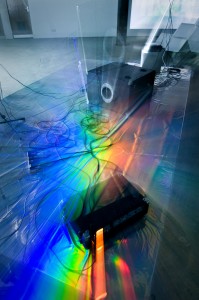 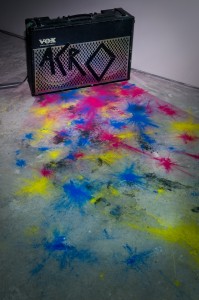 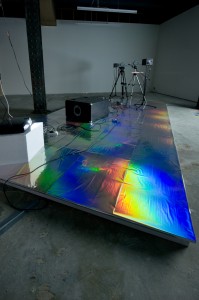 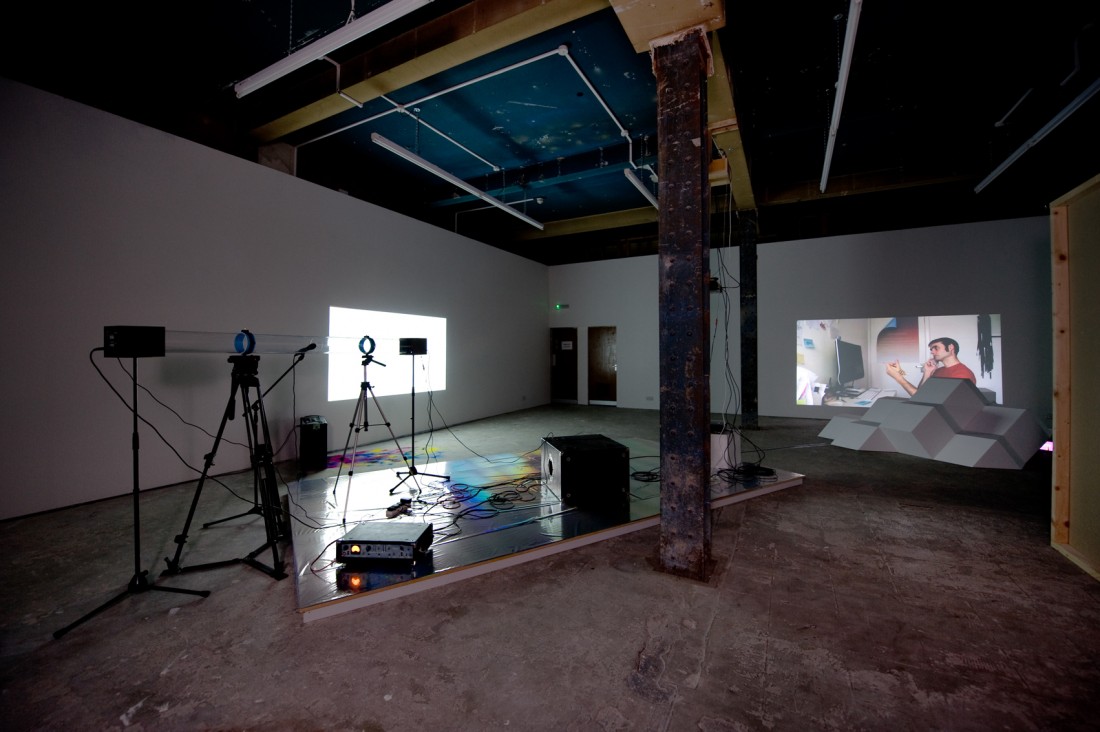 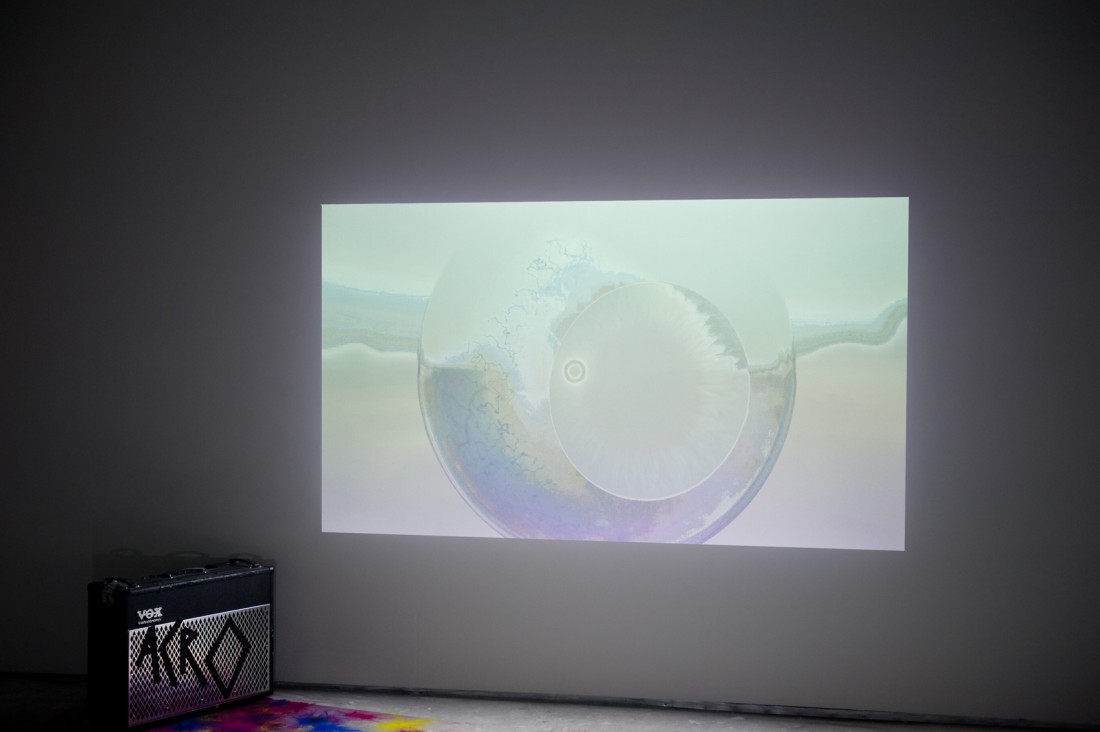 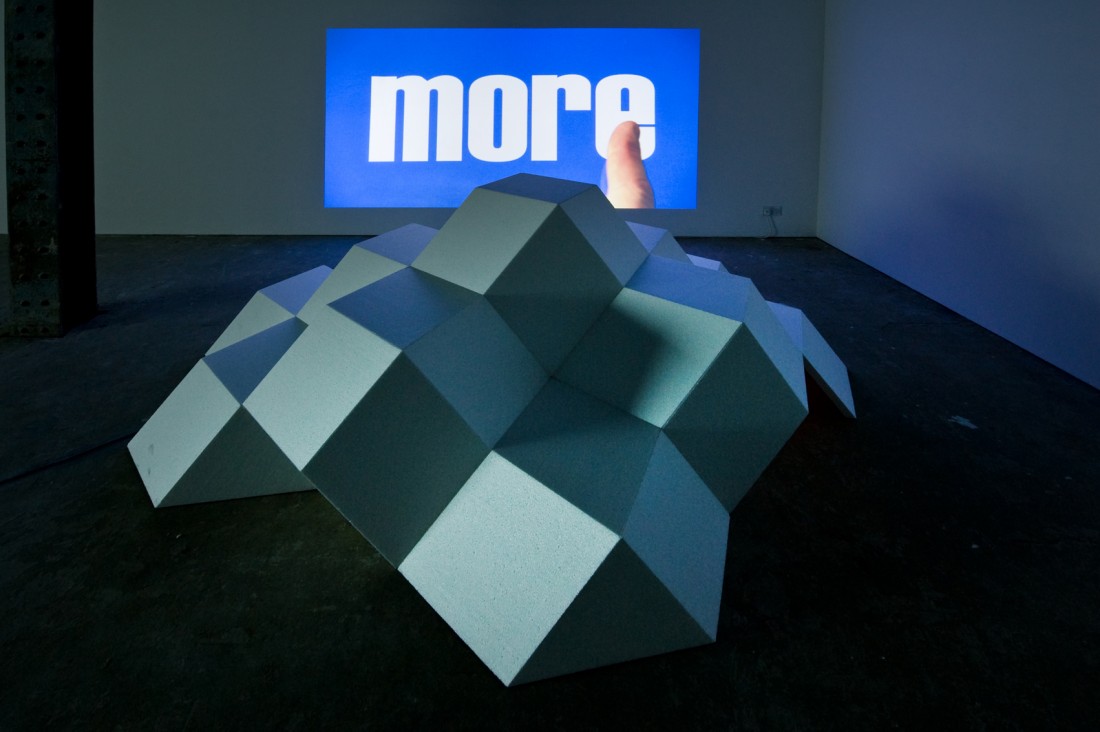 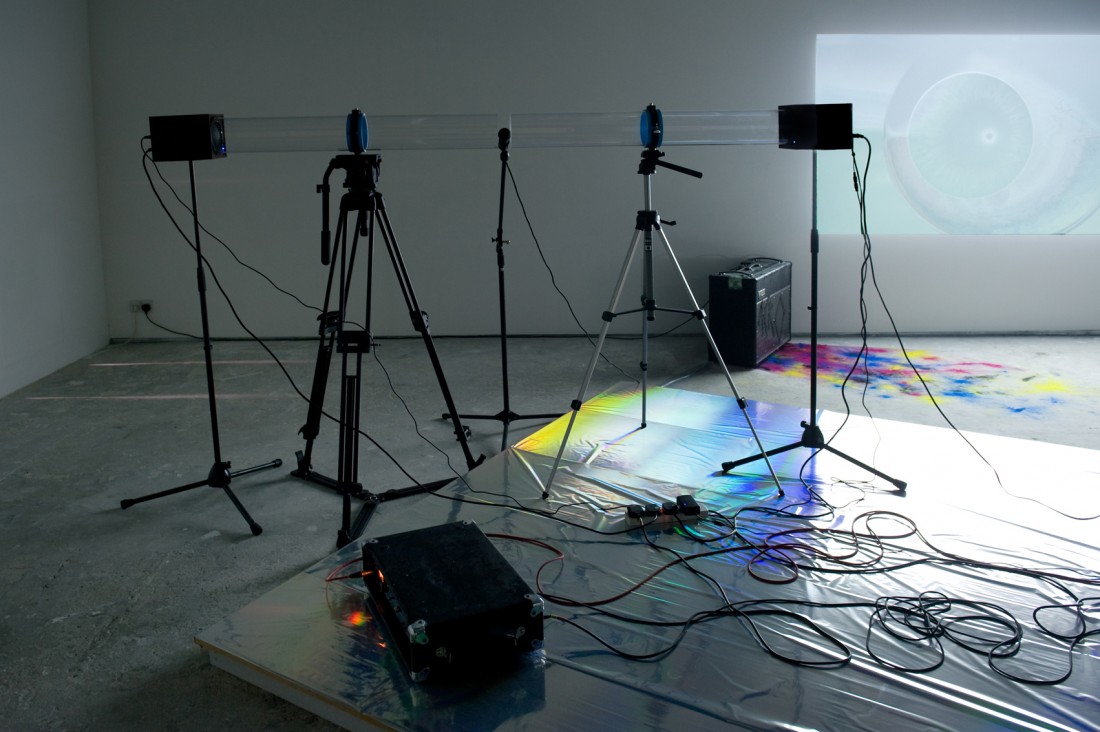 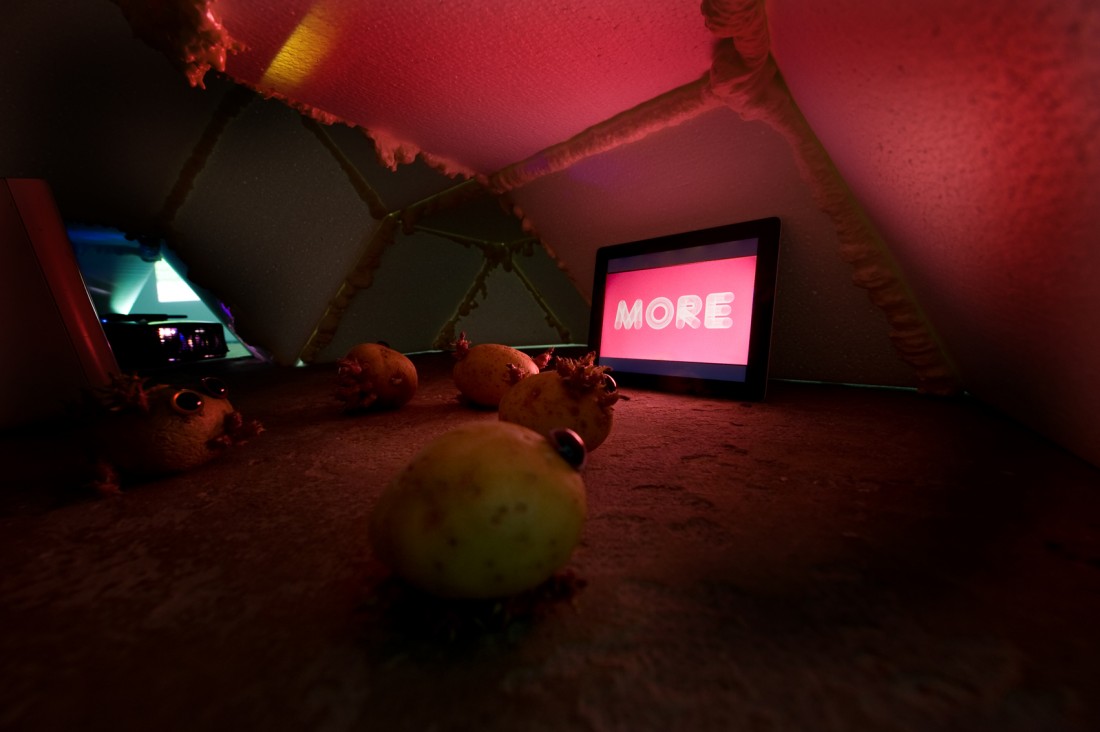 An Arts Council England International Fellow in 2006; he has since received a Masters with distinction from The Slade School of Fine Art in 2010 having previously studied at Duncan of Jordanstone, Dundee. He has exhibited across the UK and internationally including Glasgow International; Casino Luxembourg, The Lab (Dublin), ZDB Galleria (Lisbon), Catalyst Arts (Belfast), BEARSPACE (London) and Grand Union (Birmingham). Recent projects have been presented at Fremantle Arts Centre (Perth, AUS), Hoxton Art Gallery (London), and SWG3 (Glasgow).

The NewBridge Project is kindly supported by Arts Council England.