We’re working with the curatorial duo Hot Desque to deliver a public programme and a film screening around their upcoming exhibition Terrestrial Act, exploring the dynamics between the organic and synthetic, human and planet.

Staged within the grand yet empty Theatre Royal, the scenery hints at a posthuman environment while questioning the way we ‘act’ within the natural world. Without actors to populate the set and bring it to life, the microscopic lives of organic matter perform their own stories under the spotlight. From 3-D printed biodegradable saplings, through to mic’d up clay bubbling, the focus shifts between past and present, staged and unstaged, organic and fabricated. The artworks all point in some way to the role played by the human hand in altering the terrestrial terrain around us.

The project poses questions around the impact of extractive capitalism, and the need to dissolve hierarchical classifications of living matter, at a critical time in the lead up to the COP26 UN Climate Talks in Glasgow, this November. 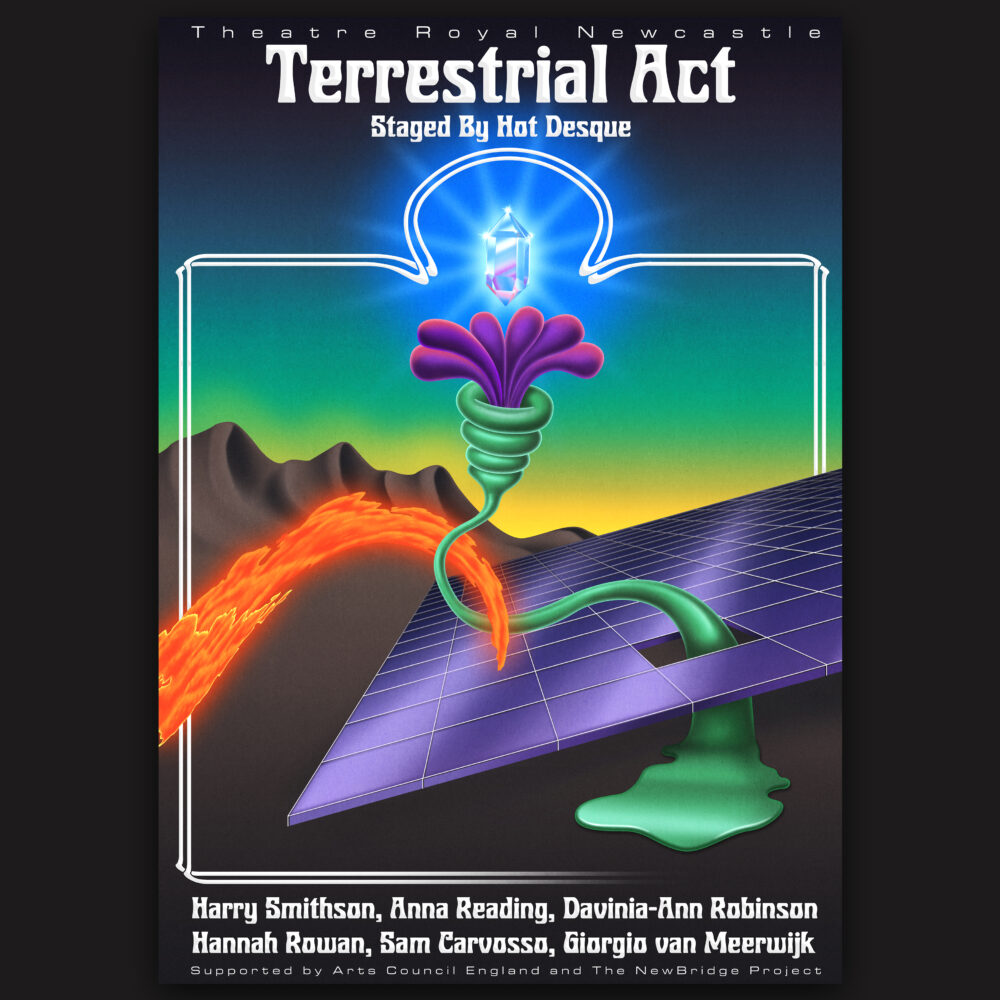 The project will unfold over the following ‘Acts’:

Terrestrial Act I: public exhibition on stage at the Theatre Royal – tickets here

This project has been made possible with the support from Arts Council England, Theatre Royal Newcastle and The NewBridge Project.