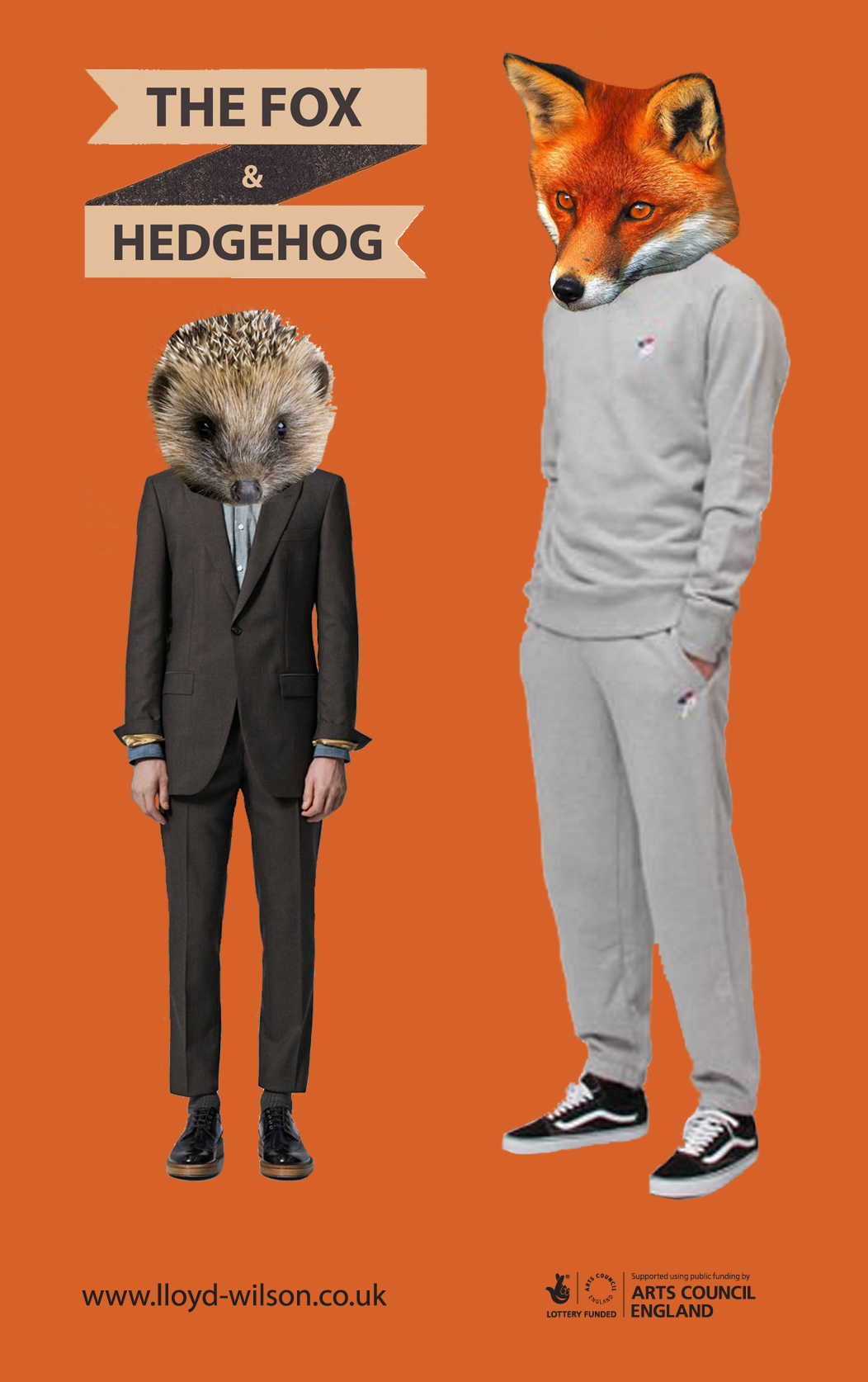 We invited people to take part in a collaborative workshop that used discussion and playful activity to explore the limits of being an expert and the potential benefits of amateurs.  The workshop was led by artists Toby Lloyd and Andrew Wilson.

Using Suzuki’s observation that in the beginners mind there are many possibilities but in the experts mind there are few 2 as a starting point to reflect and challenge our own personal experiences. The drive of this workshop was to platform unheard voices in order to collectively re-evaluate existing hierarchies and power structures. 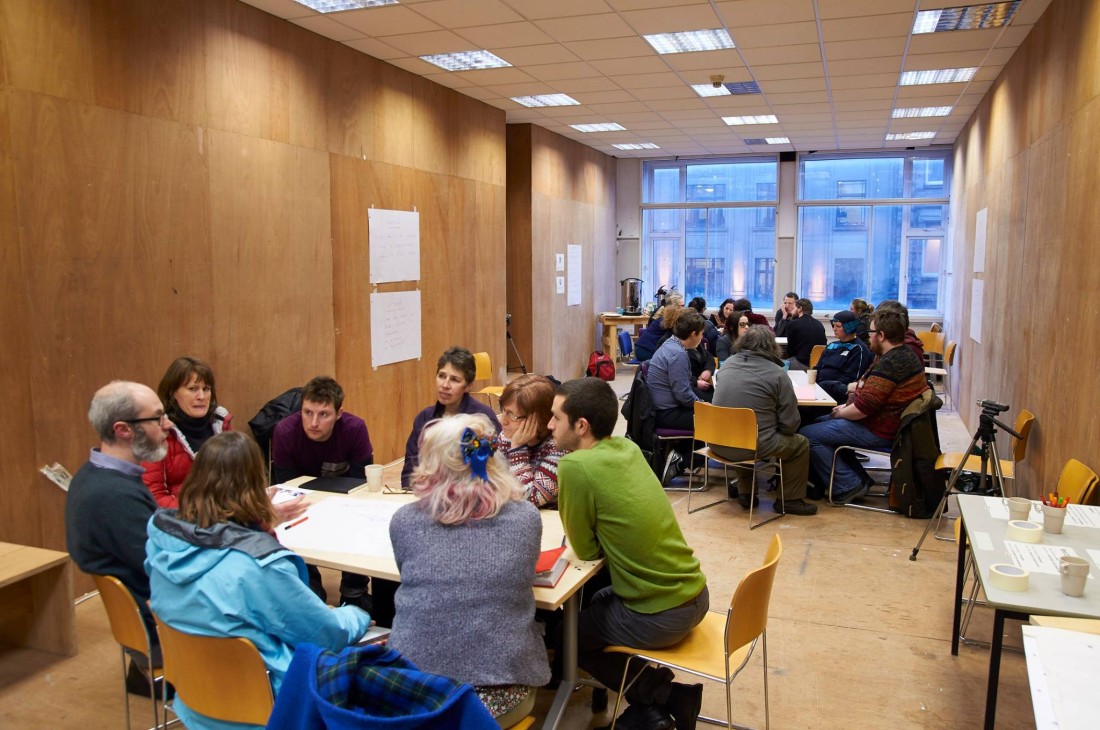 See below for further information.

1 Attributed from a 1953 essay by Philosopher Isiah Berlin, of the same title, who divides writers and thinkers into two categories: Hedgehogs, who view the world through the lens of a single defining idea and Foxes who draw on a wide variety of experiences and for whom the world cannot be boiled down to a single idea. 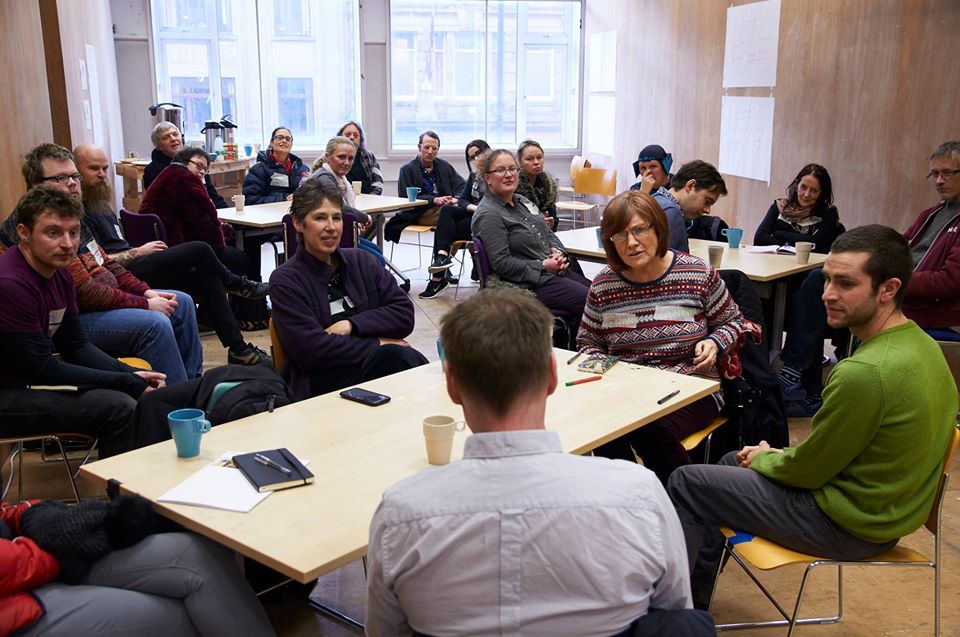 The workshop was part of a series of ‘action research residencies’ that artists Andrew Wilson and Toby Lloyd conducted across three northern cities, Liverpool, Leeds and Newcastle.

Not interested in reaching agreement or consensus on the theme, rather the aim was to generate, collate and reflect upon opinions from diverse and conflicting viewpoints to encourage a broader understanding of the social value attributed to certain sets of skills and knowledge.

Once all the ‘action research residencies’ had taken place the audio recordings were used to create a short film, screened in Birmingham at Flatpack Film Festival, April 2016. The Film provided a central element to a hospitable public house environment that Lloyd & Wilson constructed for the duration of the festival. This environment also hosted a series of events including discussions, screenings and performances.

Working collaboratively since 2012, Lloyd and Wilson are currently undertaking a long-term live/work residency in South Leeds with East St. Arts. Prior to their relocation from Newcastle to Leeds  Lloyd & Wilson had regularly produced multi-faceted creative projects with The NewBridge Project; most recently 37 pieces of flair which explored collective concepts of mental health by surveying the politics and culture from which the emerge.

For more information about their upcoming and previous projects visit their website:

If you have any questions, or require any further information please contact us directly: admin@lloyd-wilson.co.uk

The Fox and Hedgehog has been generously supported by Grants for the Arts, Arts Council England.

The Fox and Hedgehog has been developed with generous support from The NewBridge Project, East Street Arts, Metal Liverpool, Launchpad, Re-vision, Together for Peace and Flatpack Film Festival.