Chris Alton: Throughout the Fragment of Infinity That We Have Come to Know 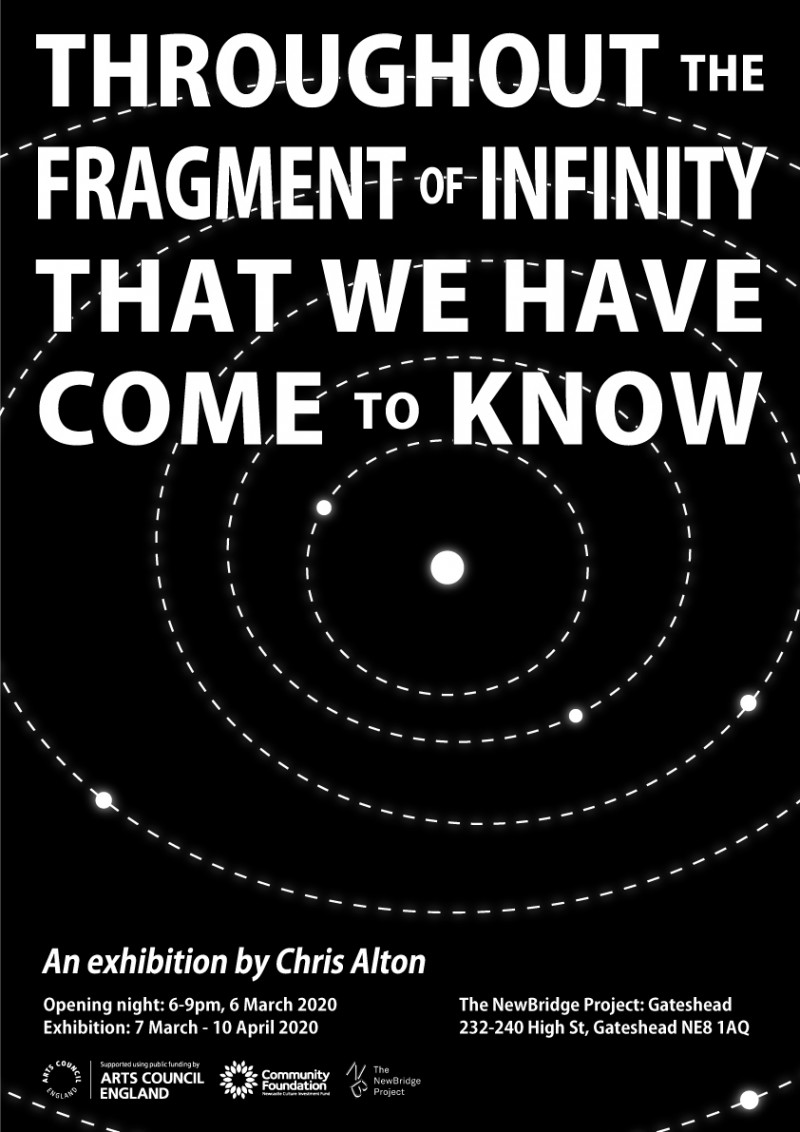 Throughout the Fragment of Infinity That We Have Come to Know

Throughout the Fragment of Infinity That We Have Come to Know is a presentation of new works by Chris Alton. The exhibition draws upon numerous, overlapping areas of concern, including; economics, colonialism, classical mythology, and science fiction. These topics are explored through short sci-fi stories, a display of real and imagined currencies, textile banners, and a video essay.

Throughout the Fragment of Infinity That We Have Come to Know uses science fiction as license to imagine alternative value systems, and questions the capitalist belief of ‘infinite growth on a finite planet’. Chris has modelled different approaches to exchange by imagining alien species and their divergent conceptions of money, value, debt, and memory. These fictional alternatives are presented alongside existing examples of human currency.

This collection of objects and texts is accompanied by a video essay, titled What Mortals Henceforth Shall Our Power Adore?. Beginning with the Trident of Poseidon, the work traces connections between classical mythology, British colonialism, and contemporary tax avoidance.

In 2019 Chris was invited to undertake a commission with The NewBridge Project regarding the ‘solidarity economy’. The solidarity economy is defined by the shared pursuit of the following values: commitment to equal decision-making, active opposition to all forms oppression, ecological sustainability, acting in solidarity, fostering a variety of approaches, and system change. He led workshops with The Comfrey Project and Re:Co:Co – two organisations engaged with the solidarity economy – regarding alternative forms of exchange, climate change, and speculative fiction.
Chris Alton