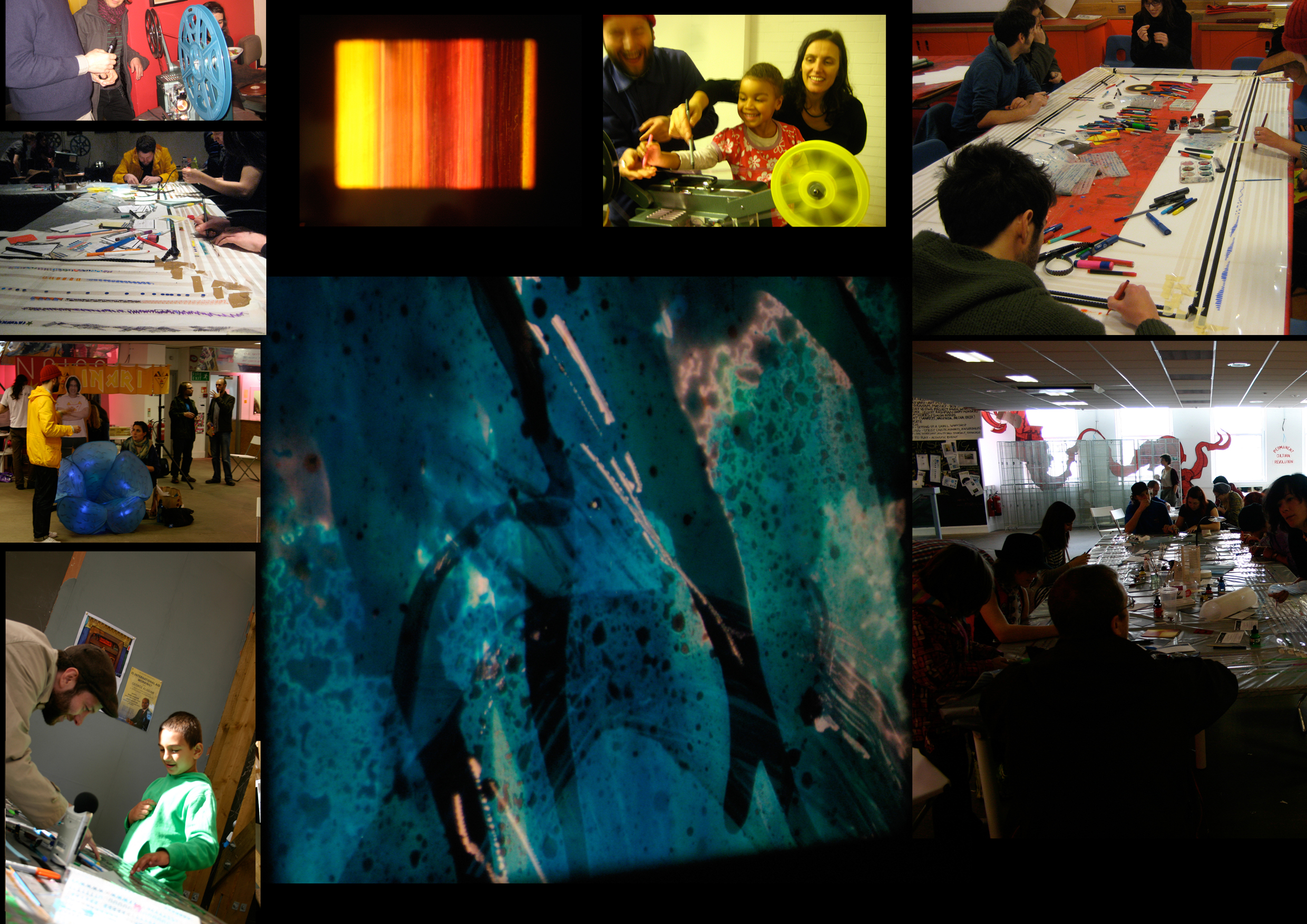 Contribute to the longest hand-painted film in Britain!

From 1pm, drop in to NewBridge Books and draw, scratch and manipulate 16mm film with artist filmmaker, Christopher Paul Daniels – the resulting animations will be shown in a special screening at 5pm.

Winner of the Deutsche Bank Award for Art at the Royal College of Art 2010, Unravel is an epic project that will create a hand painted film that correlates in length with the 874 miles between John O’Groats and Land’s End – taking each metre between these two edges of mainland Britain as a ratio to equal one frame of 16mm film.

In collaboration with national film venues, art galleries, community spaces and educational institutions across England, Scotland and Wales we are holding touring workshops aiming to amass an epic sixteen hour film that will be created and manipulated by hand, by a diverse demographic of the people of Britain.

Free of charge and open to all, we involve as many local communities as possible – from young children and families to experienced film veterans! Unravel aims to turn the viewer into the maker of the work in a literal ‘hands-on’ way.

We hope that these events will be as entertaining, informative and inspiring introduction to film making, providing an informal setting for people to interact with each other as much as the project.