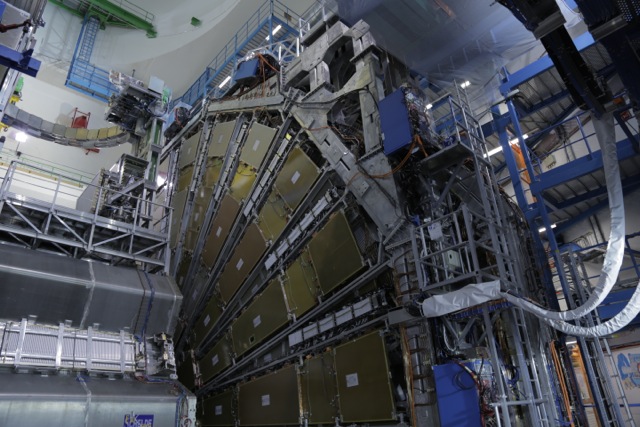 Where Are We Now? Artist Residencies in Contemporary Art Practice

From the rise of patronage and artist colonies in the late 19th century, to socially-engaged programmes like the Artist Placement Group of the 1960s and 70s, to current exchanges bringing artists into art institutions and local regeneration programmes, the artist residency has a long history of informing and shaping cultural production. Lately, participating in artist residencies is almost as much of a professional requirement for artists as obtaining an MFA or PhD.

Given the variety of residencies, from commissions to self-initiated collaborations with communities and organisations, the question is raised of how do we ‘locate’ the artist in relation to the commissioning body and the community in which the artist works, and the resulting structures of power? How is the artist ‘located’ as a researcher? What are the expectations of artist residencies from the perspective of the organisation, the artist and other stakeholders? What does the proliferation of residencies say about the way contemporary artists research and create work, and the kinds of impacts that are expected to arise from this form of practice?

Where are we now? serves to explore these questions with a particular focus on moving image and screen-based practice by bringing together artists who have participated in formal and self-initiated residencies, curators, and cultural workers from the local authority perspective.

Remco de Blaaij has been curator at CCA Glasgow since October 2012. Previously he co-curated Picasso in Palestine while working at the Van Abbemuseum, Eindhoven, The Netherlands (2007-12). He worked on the team of Be(com)ing Dutch, a two-year elaborate project in the museum that dealt with residues of globalization, national identity, and immigration. He moved to London in 2011 where he recently concluded his research at the Centre for Research Architecture, Goldsmiths University with the publication too little, too late on border practices of visual culture against the backdrop of Suriname, South America.

Chris Paul Daniels is artist-in-residence at The NewBridge Project as part of Connect/Exchange. His work is characterised by experimental documentation of communal perspectives and memories regarding geographical location. He has exhibited and screened work nationally and internationally, including BFI Southbank, IKON Gallery, Chisenhale Gallery, the National Media Museum and won the Deutsche Bank Award for Art in 2010 for his collaborative project Unravel, the longest hand painted film in Britain. He has performed live visual collaborations with musicians in Iceland, Sweden and the Netherlands and Kenya and had several films included in the international ‘One Minute’ film programme. Recent works include a sixty minute artist’s film entitled ‘Premier/Divisions’ which is the outcome of a Triangle Network and Gasworks Gallery funded residency at Kuona Trust Arts Centre in Nairobi, Kenya and a major commission for Virgin Records 40th Anniversary.

Rosalind McLachlan creates work in sculpture, installation, film, sound, drawing and writing. She attended art classes at The Slade School of Fine Art while studying for a degree in archaeology at University College London. After completing three seasons of archaeological fieldwork in Central America between 2001 and 2003, she grew disenchanted with academic archaeology. It was during a Mayan ceremony while on fieldwork in Belize that McLachlan decided to become an artist. She felt that art was subjective, irrational and mysterious: an empirical system to explore, discover and unveil alternate ways of understanding the world and human experience. Just sideways of science and neighbouring the mythological, McLachlan’s work investigates the ways that narratives have shaped our understanding of the world. Her work often engages reflexively and directly with the role of the viewer. She does not apply systems of judgment to the work, refraining from ever categorising the experience as ‘fact’ or ‘fiction’, ‘true’ or ‘false’. Since being awarded a specially curated artist’s visit to CERN, the world’s largest particle physics laboratory in January 2014, McLachlan has begun work on a new film project with the support of Arts@CERN.

Alexia Mellor is an interdisciplinary artist using humour and performative strategies to investigate issues of security, displacement and identity in an increasingly mediated and corporatised landscape. She transposes familiar institutions into unfamiliar contexts to initiate direct participation in deconstructing social norms, consumer culture and notions of place. Her work has been exhibited both nationally and internationally, including the Woman as Photographer: Picturing Life as a Woman, Mpls Photo Center, Minneapolis, MN, Mash-ups, Lake Forest College, Illinois, New England Photography Biennial at the Danforth Museum of Art, and at the Los Angeles Center for Digital Art. In addition to her studio practice, Mellor organised and chaired MIND THE GAP, a multi-media and multi-platform art initiative and panel at ISEA2011 Istanbul. She is currently Participatory Programmes Director at the NewBridge Project, Newcastle (UK) after co-teaching an art-science course in Saudi Arabia and serving as Artist-in-Residence in Pontypool, South Wales, where she investigated practice-led research models and regeneration.

Suzy O’Hara is an accomplished curator, arts producer and project manager with ten years experience in the development and delivery of time based, large scale, complex and high profile arts festivals and events, exhibitions and contemporary new media art commissions. Currently undertaking an AHRC funded PhD in digital art curatorship with CRUMB, University of Sunderland, key research interests include the impact of collaborative art practice between the digital and art sectors on curatorial practice. In the past three years, Suzy has successfully developed and managed a variety of successful artist’s (digital) commissions working with a range of partners, stakeholders and audiences worth over £80k. These include: Dear Angel, Festival of the North East (2013); Brass Book, Stevie Ronnie (Brass: Durham International Festival (2012), a new commission exploring the book in the digital age; Campus Trails (University of Sunderland 2012), a mobile digital interactive way finding map to link the City and Waterfront campuses; Pixelware by Andrew Richardson and the Gothic Self Guided Tour App (Durham Book Festival 2011);

The NewBridge Project is based in an old office building, and unfortunately the Annex does not have disabled access. The event will be videoed and available online.