In response to our intentionally ambiguous approach we invited creative thinkers, individuals and organisations, to join us for an afternoon of discovery and discussion. We invited you to observe and challenge for a pre-exhibition opening event led by independent researcher Lynne Friedli and social activist Chris Erskine.

Lynne Friedli // The use of compulsory positivity & psychological coercion in workfare
There’s growing awareness that entitlement to social security benefits depends on forced unpaid labour in both the private and voluntary sectors. However, there has been a marked silence about the many forms of mandatory ‘positive psychology’ imposed on people who are not working, not working enough, not earning enough or are sick or disabled. Psycho-interventions raise serious ethical and political questions. They pathologise individuals, force people to adopt certain ways of thinking and being and explain unemployment in terms of psychological deficit and distract attention from market realities. But people on the receiving end are starting to resist and are fighting back against this flagrant misuse of psychology. 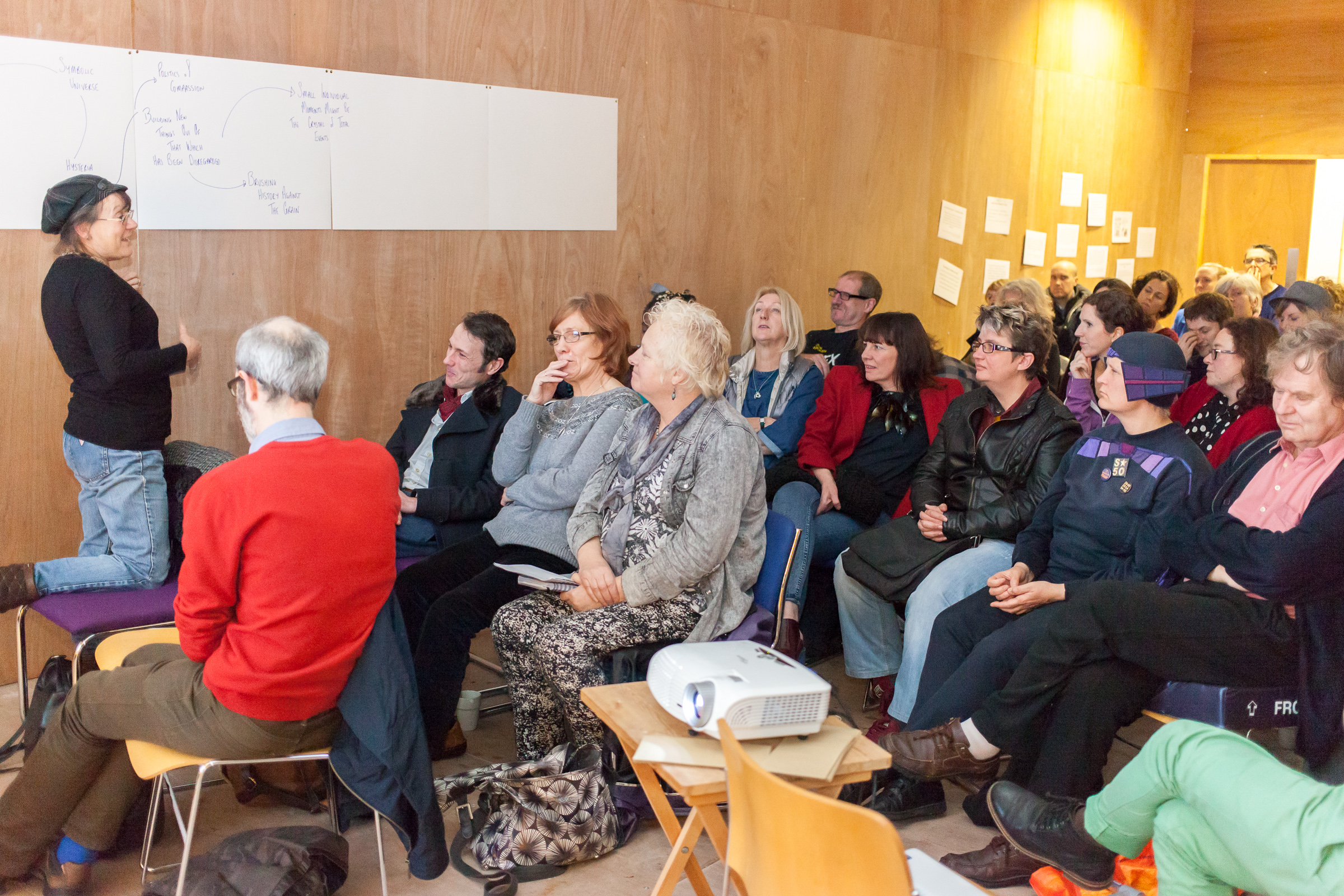 Chris Erskine // Incarnated Credit Cards: Human beings and the religious rituals of consumerism
We are all involved in the re-creation of the social relations we are trying to overcome – capitalism is winning and we are helping its ongoing victory. Is this true? Do we want it to change? Where will alternatives come from?

Both Lynne and Chris will inspire discussion and debate about these issues, acting as a catalyst for further political and social action.

For more information on the 37 Pieces of Flair exhibition.

Lynne Friedli is a freelance researcher, with a special interest in the relationship between mental health and social justice. Lynne is interested in current debates about the politics of ‘assets based approaches’ and the psychologising of public health and is currently researching the (mis) use of psychological approaches in workfare and other employment programmes. She is the author of a report for WHO Europe on Mental health, resilience and inequality and has contributed to the WHO Europe Strategy on mental health.

Chris Erskine explores ideas and practices which reimagine our future beyond economic determinism.His interests include radical theology; anarchism; Jungian and Lacanian psychology; social movementsand sub-cultures. He currently works within a number of diverse community networks throughout the UK.