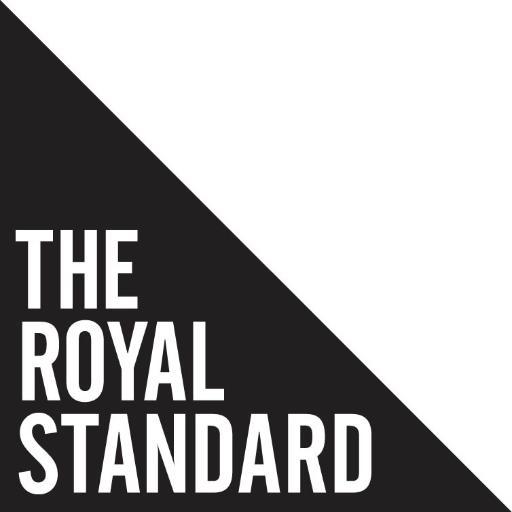 EXCHANGE with The Royal Standard

EXCHANGE with The Royal Standard

We are excited to be hosting three artists from The Royal Standard in Liverpool fro 29 January – 4 February in Newcastle as part of EXCHANGE.

This reciprocal exchange is providing 6 artists with the opportunity to spend a week living and working in a different city and studios.

We are joined this week by Ulysses, Sophie Collegian and Mia Cathcart, they are making some food at The Royal Standard Social on Thursday 1 February so come along and meet them! There is more information below about their individual practices and what they’re hoping to do whilst they’re in Newcastle.

NewBridge artists Grace Denton, Juliet Fleming and Max Lee will be heading down to Liverpool from the 12 – 18 February.

Ulysses is a musician, sound producer and artist. His plan for the week is to record loads of sounds. Random sounds of the area but also something more precise. He’d like to further his conversational project called “better yourself”. It’s a series of recorded informal one to one conversations under the theme better yourself. He’d like to record as many conversations as possible this week. He’ll be getting in touch with people and talking to them. If anyone already loves the sound of it, likes a good conversation (where one can learn from one another and challenge each other) then do get in touch if you can spare him 40min at any point between Tuesday evening and Sunday morning. The blurb for the project is the following: It’s about the unpredictable ways in which conversations take us. The ones where you look up and ask each other: “how did we get here?” The ones where you suddenly get a bit too personal and feel a bit embarrassed. The ones where you can either end up talking about if how food tastes different to everyone, the fear of dying or the love-hate relationship with the family. The ones where there is a silence and both start talking about the continuation of their own train of thought, at the same time. The ones that can turn into oversharing or theorising or reconceptualising almost anything. Or nothing.  – The following two words will be the catalyst of all conversations: “Better yourself”.

Sophie Colligan is just getting back into her practice after ending her teaching career last year. She is wanting to focus on who or what may have created ‘shifts’ in her own and others’ perceptions or sense of self over a lifetime. The trigger for this is the fact that she ends up talking about ‘privilege’ quite a bit at the moment and always refers to a conversation she had with a flatmate 25 years ago where she quite suddenly had her perceptions on this issue completely reversed due to the clarity and compassion of his argument. For the exchange, she is interested in finding out what shifts others have gone through and who/what was the catalyst or trigger. (She worked on a similar theme in a project called Post 52 a while back but that was more focused on making contact with people who had made a difference to thank them.) Sophie has no clear idea of an outcome but is just interested in having some good conversations about ‘perception shifts’ over the first week of the exchange. (She is also a humanist wedding celebrant so you can ‘meet’ her via her work website)

Feel free to get in touch! Email her on: sophiecolligan@hotmail.com.

Mia Cathcart is interested in the formalities of portraiture painting and the limits of the medium. The connotation, expectations, redundancies and clichés are all relevant to her practice. She tries to challenge the significance that portraiture carries, giving seemingly insignificant images a sense of importance. More recently she’s been exploring ‘flat pack paintings,’ combinations of paintings and how her work exists off the canvas stretcher. She’d like to use the exchange as an opportunity to explore a more curatorial aspect of her practice. Whilst at The Newbridge Project, she’s keen to get involved with Practice Makes Practice workshops, particularly in her first year of being outside of art school and academia. She’s interested in opening up conversations with studio members about where the artist-meets-curator, other artists experience of this, and how this impacts practice.