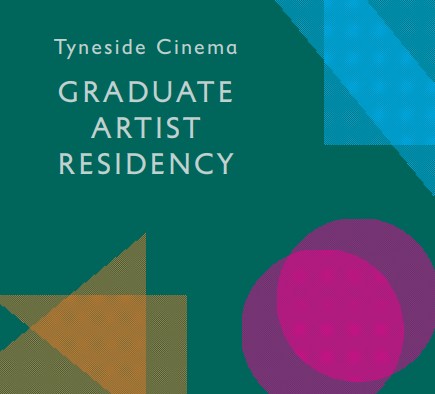 The Graduate Artist Residency at Tyneside Cinema is an opportunity for recent graduates from Northumbria University to realise a new moving image work over a three-month period, supported by curatorial, technical and academic staff at both institutions. Following the format of the Projections Commissions, which like the Graduate Artist film are screened before mainstream features, the residency is a unique challenge for artists to respond to the context of the cinema.

The Graduate Artist Residency is delivered in partnership with Northumbria University and is supported by The NewBridge Project.

An artist’s fee of £1,500
Production budget
Mentoring
Studio space and one year’s Associate Membership at The NewBridge Project
Funds towards travel & accommodation (if travelling from outside of the North East) and curatorial, production and technical support to create a new work

The scheme takes place within the context of the wider Projections programme of commissions, events and practice development activities around artists’ moving image, which aims to reclaim the cinema as a space for artists.

As with the other commissions in Projections programme, the finished film will launch at a special event at Tyneside Cinema, and then screen before feature films. This year, for the first time, the Graduate Artist’s film will also be included in the Projections Commissions touring programme.

Tyneside Cinema are interested in receiving proposals for films of 5 – 6 minutes which take into account the specific presentation context of the cinema, and which make use of it to articulate concerns or ideas that mainstream film practice might ignore or be unable to pursue.

For further information or to apply please visit the Projections website.