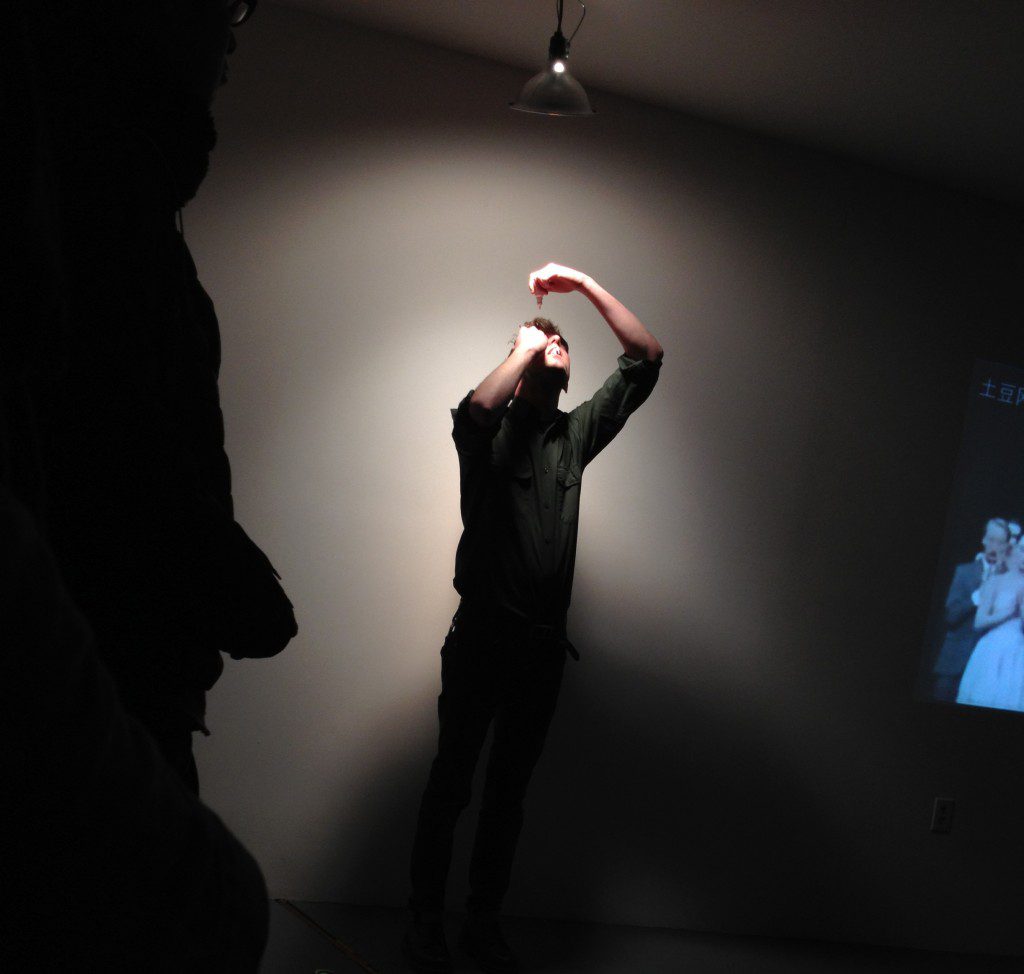 Musee Imaginaire present Giles Bailey
Wednesday 21 May / 6pm
at NewBridge Studios
Two Performances from the Talker Catalogue
All Whirlwind, Heat, And Flash (Undertone)
All Whirlwind, Heat, and Flash, is a performance with an extract of Vito Acconci’s video Undertone(1972) that has been widely circulated on the internet. In the original video Acconci details a masturbation fantasy while apparently caressing himself under the table. He punctuates this periodically by withdrawing his hands from beneath the table and addressing the camera and the audience directly before returning his hands out of view and continuing to touch himself, thus building to a predicable conclusion. In Giles Bailey’s performance the sound of Acconci’s fantasy is faded out and he delivers a monologue that constructs an alternative narrative,  a counterpoint redolent with the clichés of a cinematic love story and replete with car chases and betrayal. Bailey becomes a vicarious counterpart to Acconci’s narcissism, living a fantasy through the structure of his video rather than the vivid sexual act he describes.
Tom/ Lutz: Two Scenes in 1983
In Tom/Lutz: Two Scenes in 1983 accounts of two ostensibly unconnected incidents concerning male protagonists are told simultaneously. The death of Tennessee Williams by choking on the cap of a bottle eyedrops and the filming of a scene from Chantal Akerman’s documentary Un jour Pina à demandé in which the dancer Lutz Förster performs George Gershwin’s The Man I Love in American sign language are footnotes in the history of performance that become paired in order to inflect and contaminate each other.