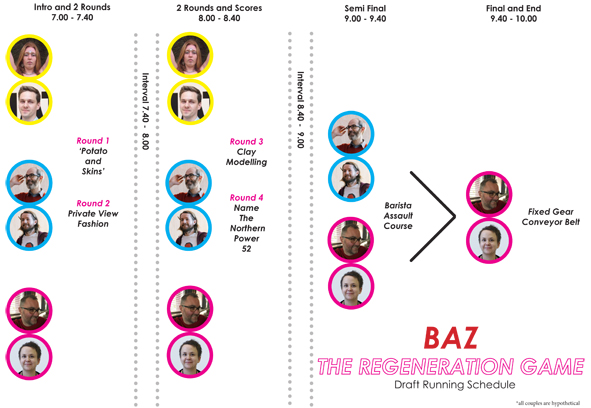 The Regeneration Game – meet our contestants before Saturdays big game

Produced by art world think tank BAZ, The Regeneration Game is BAZ’s interpretation of classic Saturday entertainment The Generation Game. Exploring the seedy business of inner city regeneration (and the role played by artists within this), The Regeneration Game will be a thrilling live game show involving three art world superstar couples, a ginger Bruce Forsyth, clever games and a conveyor belt powered by an artist on a fixed gear bike.