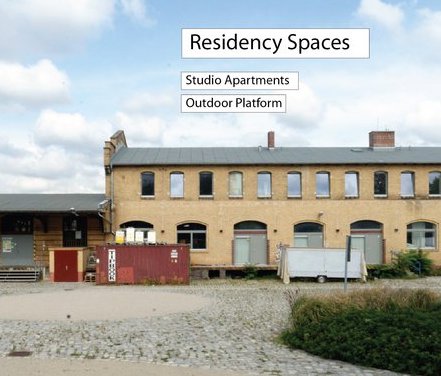 We are excited to announce that artists Laura Yuile and Andrew Wilson have been selected for our residencies at ZK/U Center for Art and Urbanistics, Berlin following our recent open call.

These residencies will provide them with time to work on individual or collaborative projects alongside other resident artists and practitioners based at ZK/U.

Laura Yuile is a NewBridge Associate Member who lives and works between London and Newcastle. Laura’s practice is multidisciplinary and explores notions of the domestic and the urban through matters of living together; sustainability and obsolescence; and the effects of globalization and technological development upon living space. Her installations probe issues of social discomfort, urban regeneration and the neoliberal obsession with cleanliness; our desire for quick-fix methods of self-help and self-care; and the increasing invisibility of technological infrastructure.

Laura’s residency throughout May – June will explore the political meaning, related “global” aesthetic, and community impact, of current property developments within Berlin. This interest stems primarily from the fact that property prices in Berlin have been increasing in price quicker than any other city in the world over the past few years; and is a continuation of recent research into luxury property developments in London that has produced the “private performance” series Asset Arrest. Laura will engage in ongoing site visits over the two-month period, in which she will invite different individuals to engage in site-(un?) specific conversations. These slight interventions into – or occupations of – space through presence and conversation will be documented via audio or video in order to contribute towards a podcast series. The resulting Berlin-focussed episodes would form part of an ongoing series that would then be continued in Newcastle, London and beyond; thus allowing her to extend the research for UK, and specifically, Newcastle audiences.

Andrew Wilson is an artist based in Newcastle upon Tyne, UK, who works both independently and in collaboration with a variety of individuals, groups and organisations.

Throughout his residency, June – July, Andrew will explore the assumption that we are now more divided and atomised as a society than ever before, especially in our thinking. Referencing the ‘NASA LIE THE EARTH IS FLAT NO CURVE’ graffiti – as scrawled across multiple venues in the city of Newcastle upon Tyne – Andrew will ask how this socially and intellectually divisive trend influences our personal well-being, our sense of community and our democracy as a whole.

The practical shape of the residency will unfold via a repeated rhythm of invitation, encounter, and production, where Andrew will initiate appropriate avenues for formal and informal conversation such as interviews, meals, and workshops. This residency is an opportunity for Andrew to reflect upon the methods and assumptions that drive his existing practice whilst also experimenting with new ways of working alongside others, especially the ZK/U fact-finding committee.

Laura Yuile (b. Glasgow) is an artist based in London. Laura’s work is multidisciplinary, incorporating video, sculpture and performance, and exploring notions of the domestic and the urban through the intimate (or public) matters of living together; ideas of care and maintenance, and the effects of globalization and technological development upon everyday life and the social units we form. Laura has exhibited and screened internationally at venues including nGbK (Berlin); Apexart (New York); The Blackwood Gallery (Toronto); Recent Activity (Birmingham); Mauve (Vienna); t-space (Milan) and Collective (Edinburgh). She has undertaken residencies with Temporary Art Platform (Beirut); IOAM (Beijing) and The White Building (London). In 2015 she was an associate artist at Open School East in London, and she is currently undertaking an AHRC funded practice-based PhD in the Art Department at Northumbria University, titled Infrastructural Cosiness: At home in the network.

Andrew Wilson (b.1982) is an artist based in Newcastle upon Tyne, UK. He is a studio holder at The NewBridge Project andregularlycollaborates with artist Toby Lloyd as Lloyd-Wilson. He has previously worked with Radical Arts Radical Aesthetics, East Street Arts,Allenheads Contemporary Arts, Flatpack Film Festival, The Eroles Project andis also an initiator of We Are Our Media, an independent/do-it-ourselves approach to journalism, and its tabloid publication The Eclipse.

These residencies are part of a collaborative research project between The NewBridge Project, ZK/U, Berlin, and researchers from Durham Universities PUrSI project (Politics of Urban Social Innovation))