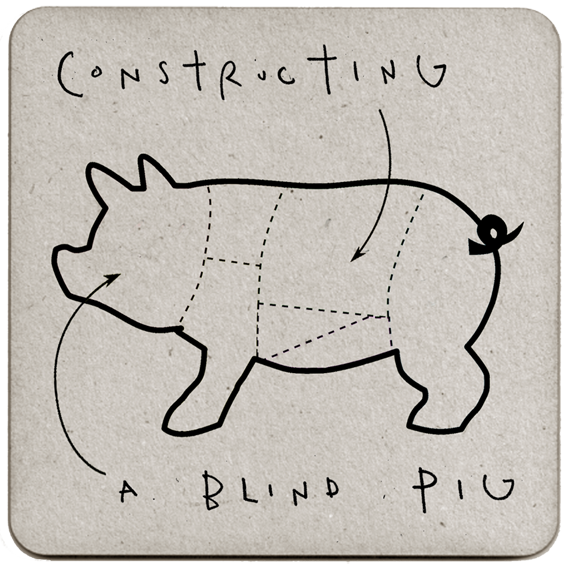 As a continuation of their Broadcast Bartender series artists Andrew Wilson and Toby Lloyd hosted two discussions, across two cities, Leeds and Newcastle. These talks took place within an installed ‘flat-pack’ bar and in front of a live audience, conversations were recorded, edited and then broadcast on Resonance FM.

Broadcast Bartender is a conversational platform that borrows the furniture of the traditional Public House to create content for radio broadcast.  The themes for discussion were proposed by an invited guest bartender who served drinks and hosted the conversation. Unlike the Question Time or panel show format, the architecture of the bar creates an environment which discourages well-rehearsed speeches and sound-bites in favor of convivial and improvised conversation.

Lloyd & Wilson invited audiences to listen to the full conversation by being part of the live audience on the above dates.

*The term Blind Pig is another term for unlicensed bars, much like a Speakeasy.  The proprietor charges their customers an entry fee to view an attraction (such as an animal) and then serves a ‘complimentary’ alcoholic beverage, thus circumventing the law.

Artist Bio: Working together since 2012 artists Toby Lloyd and Andrew Wilson build environments which invite people to communicate and collaborate with one another. Often borrowing the furniture of the Public House these installations encourage hospitality to open-up shared and conflicting experiences of everyday life.