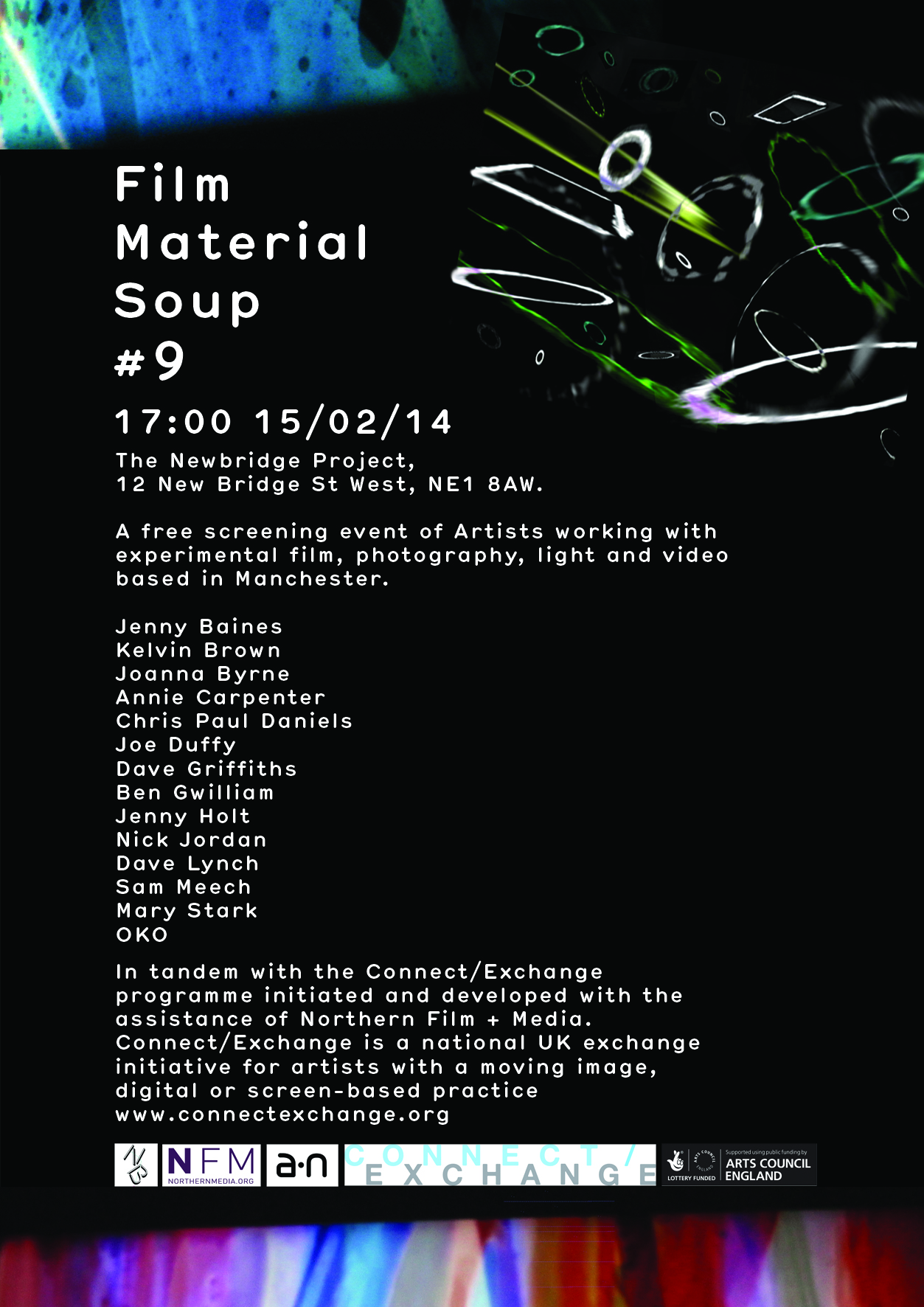 We were joined for the screening of recent works by members of Film Material Soup – an informal collective of Artists working with experimental film, photography, light and video based in Manchester.

This screening was programmed by Christopher Paul Daniels in relation to works that link thematically to his research into ideas of presence, location and identity.

Screenings of work on film and video by: