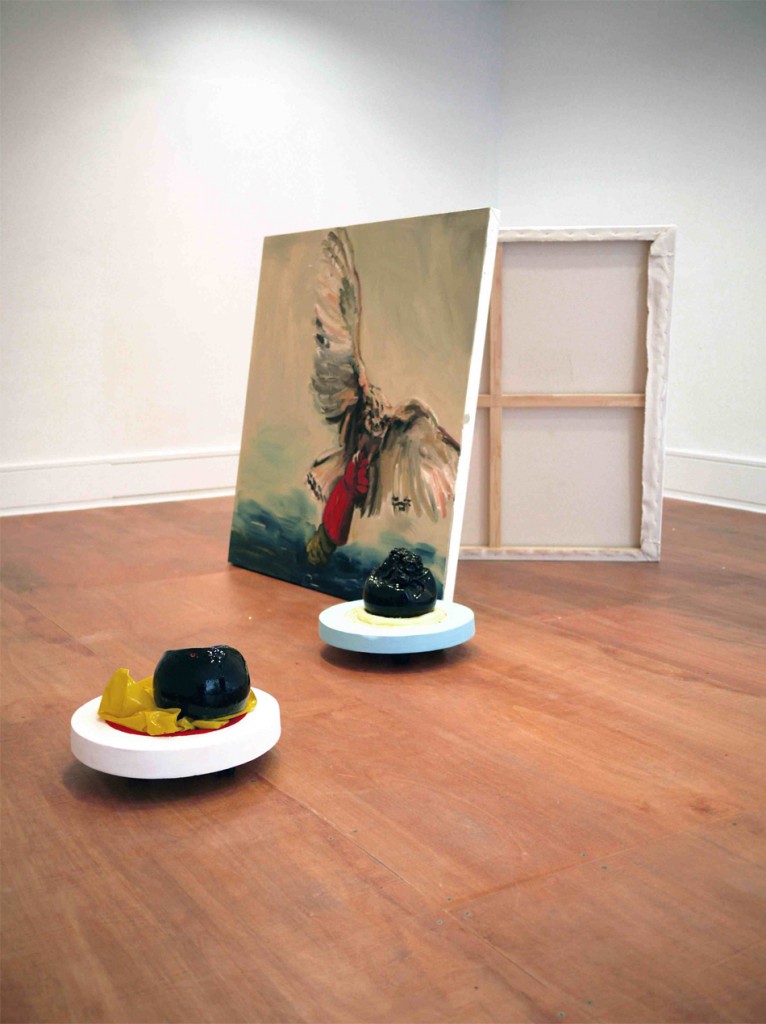 1. Use of a language invented by the person himself or herself.
2. A form of dyslalia (disorder resulting from impaired hearing) in which the person affected consistently makes substitutions in his or her speech sounds to such an extent that she or he seems to speak a language of his or her own.

Holly Watson and Karl de Vroomen staged a conversation between their practices within the context of an exhibition space. This conversation began in the studio; here it was driven by a desire to question the modes and codes of display and challenges perceptions of their works. Poke.
Combining actions and strategies such as obstructing, leading, echoing, articulating, interrupting or repeating, this installation revealed a multiplicity of perspectives, directions and potentialities.

“In mash-up technique, heterogeneous elements of films or music are juxtaposed to reveal the structure in their functioning but also to create new levels of meaning; Like a child trying to initiate new codes of language, Watson and de Vroomen manipulate and shape an idiosyncratic aesthetic vocabulary.
The viewers’ conventional expectations are destabilised, reflected in the blinded bird of prey that dominates the scenery. To foil. There is no privileged view-point from which to isolate one work from another. Strike. The exhibition installation is suspended, stopped in motion like De Vroomen’s tensed animal figures that are reminiscent of taxidermy trophies.

Kick. The installation seems precarious, thwarting works, dangerously testing codes of display. As obstacles stand in the way, Watson’s ‘flood bags’ adopt organic shapes and punctuate the circulation within the space. Or maybe these objects are slightly amorphous waiting to be ‘activated’ or even performed.

The main protagonists in this exhibition were the two diverse practices, the curation provided the third. As an ‘uninvited irritant’, it interrupted the relation and formal relationship between the two, starting a new string of identification processes, challenging the positions of subject, author and audience.
In other words, the context of this alternative art space provided a means by which the familiar systems of representation that audiences usually assimilate and recognise in a gallery context were disrupted.

“I think the point where language starts to break down as a useful tool for communication is the same edge where poetry or art occurs. Roland Barthes has written about the pleasure that is derived from reading when what is known rubs up against what is unknown, or when correct grammar rubs up against nongrammar… If you only deal with what is known, you’ll have redundancy; on the other hand, if you only deal with the unknown, you cannot communicate at all. There is always some combination of the two, and it is how they touch each other that make communication interesting.”
Bruce Nauman 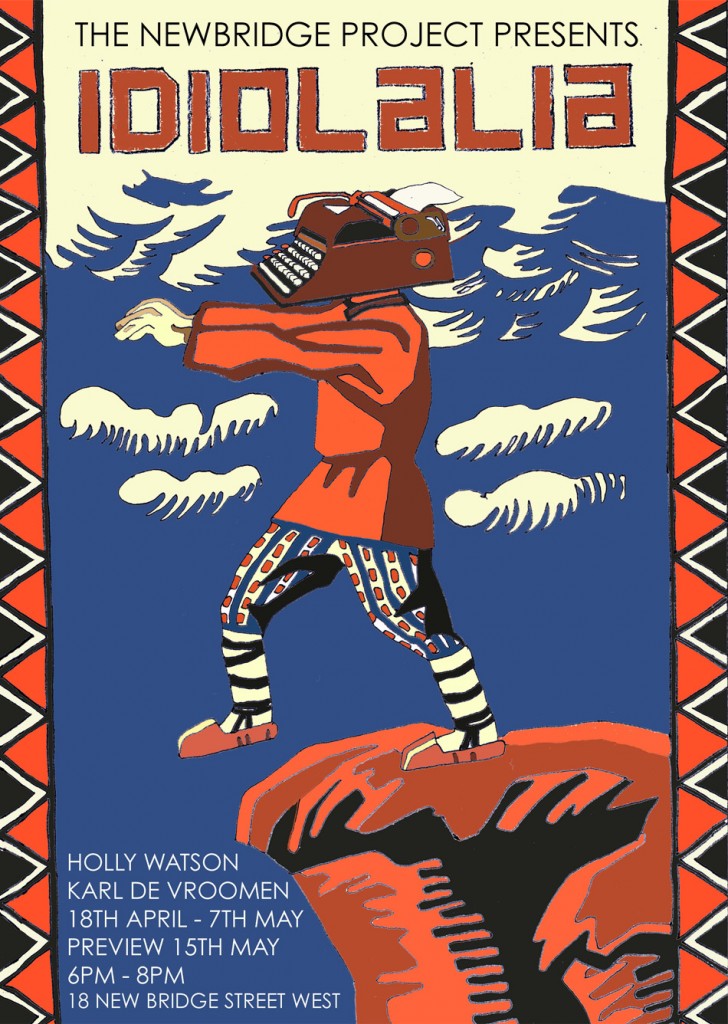