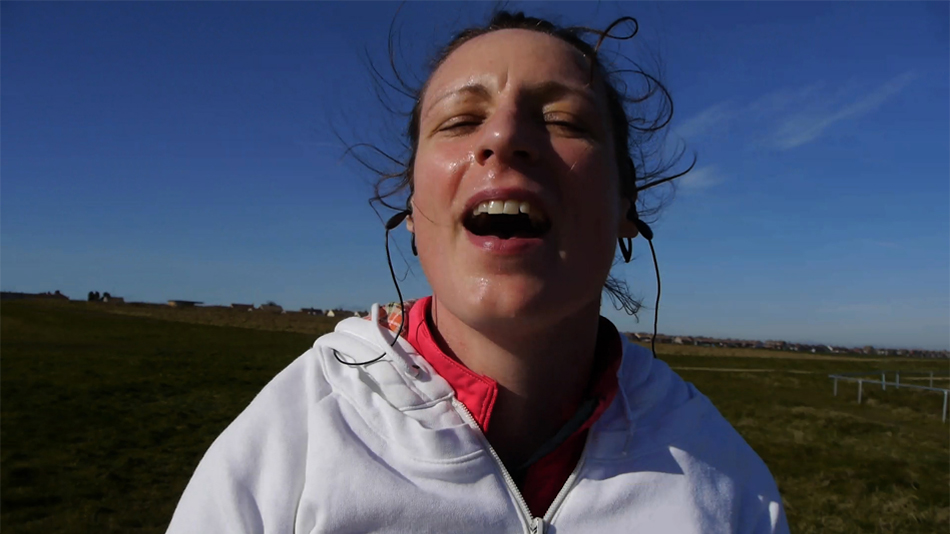 Run a Mile is a video work focusing on a series of 13 individuals lip-syncing to their favourite song while training for the Bupa Great North Run.

The multi-screen installation comprised of thirteen short films, with one participant and one song representing each mile of the half-marathon.  Filmed across the North East and London, each film forms a portrait of the person involved, transforming them through the juxtaposition of the mundane surroundings of the city streets or interior of a gym, and the soundtrack of the song in their head. 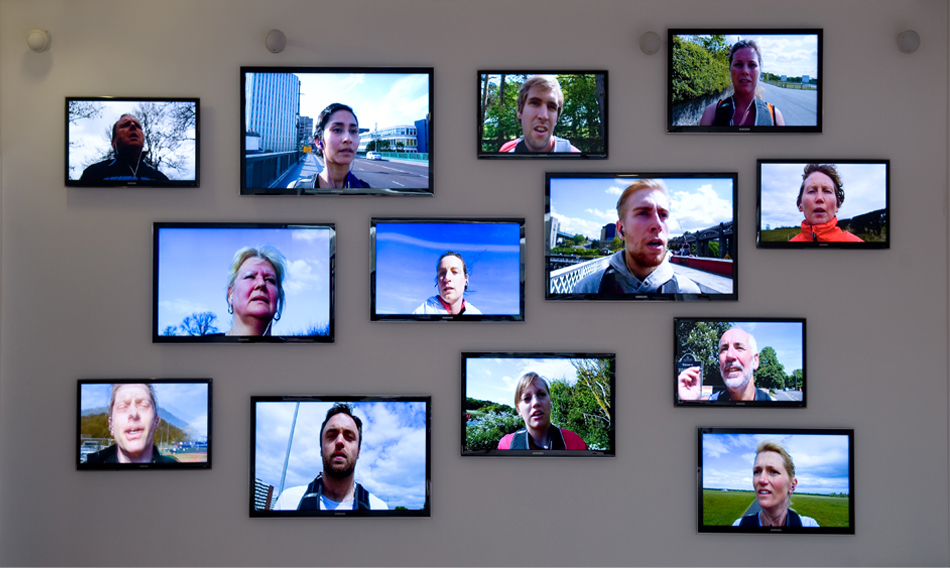 David Blandy is an artist and film-maker based in London who won the 2011 Moving Image Commission award. Blandy’s work explores the relationship between popular culture and identity, particularly through music and film.

He was the winner of the 2010 Times/South Bank Breakthrough Award and has had recent solo exhibitions at 176 Project Space in London, Baltic in Gateshead and Spike Island in Bristol.