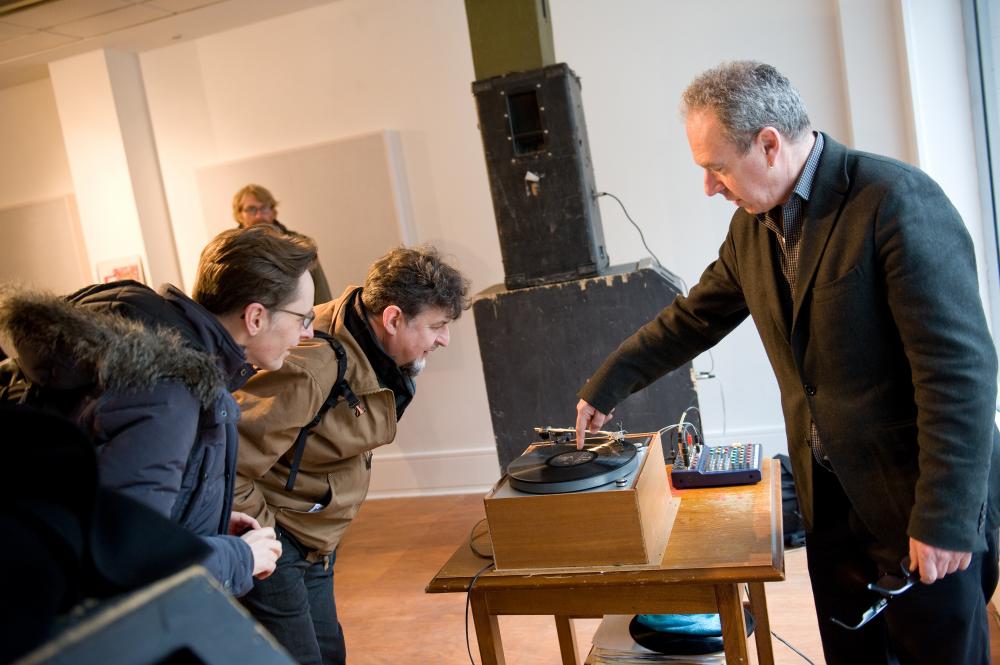 At extreme slow speeds the spin of a record player is reduced to a glacial crawl, the record to seismic rumbling. A beat may last a minute, and the tiny slices of silence between them become ambient voids.

The record player becomes an object of contemplation, a meditation on the passing of time, gathering dust, entropic.

On each day of the Festival from 1 – 31 March a different record is played, from Moondog to The Sex Pistols to Ornette Coleman, with the turntables r.p.m slowed down to the length of the gallery opening hours, 12–6pm. With this work artist and musician Jem Finer continues his interest in long-durational processes and extremes of scale. 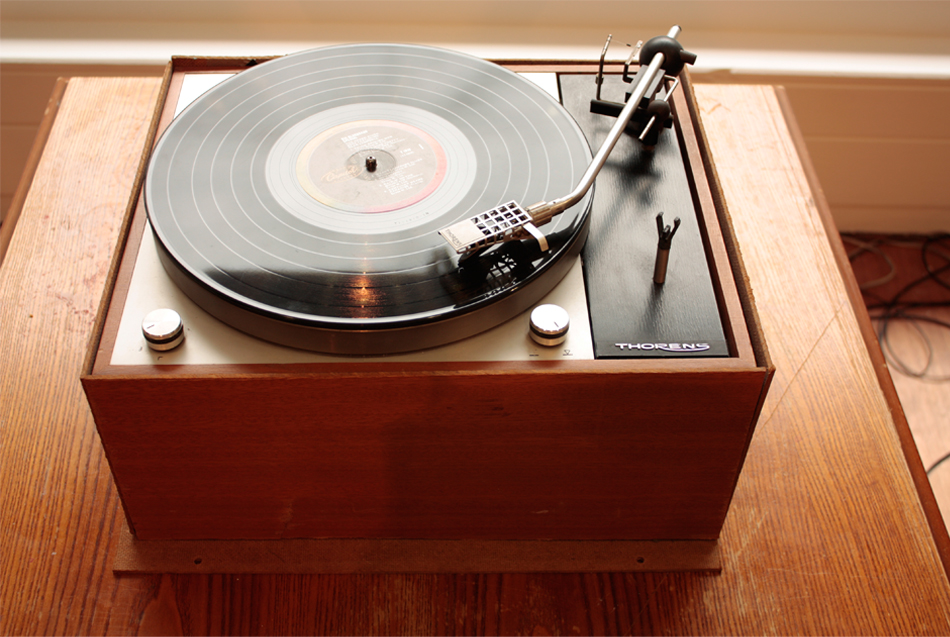 The 31-day playlist consists of the below titles: 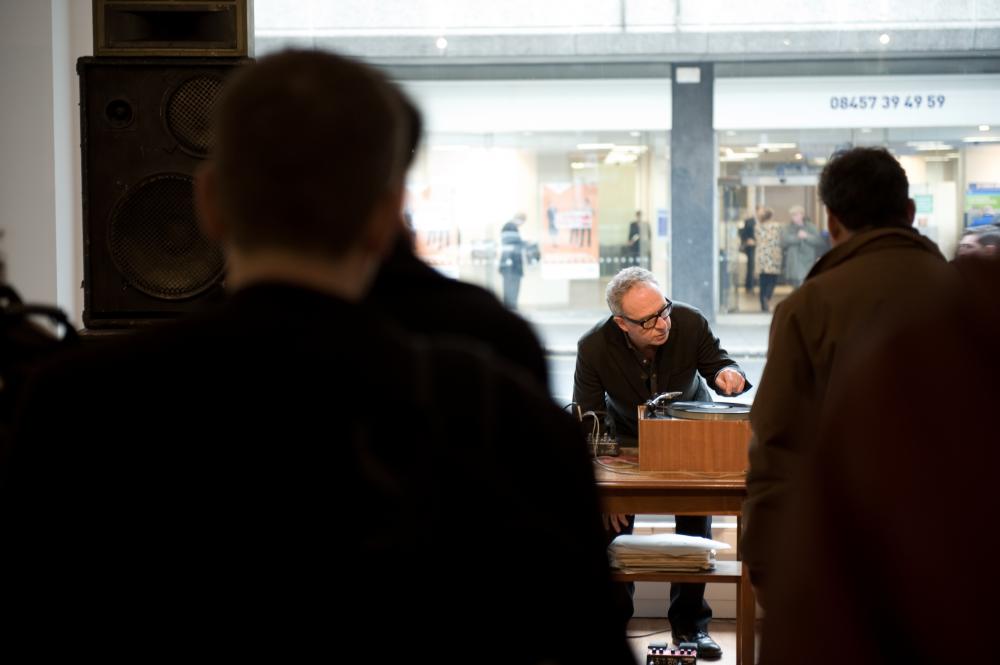 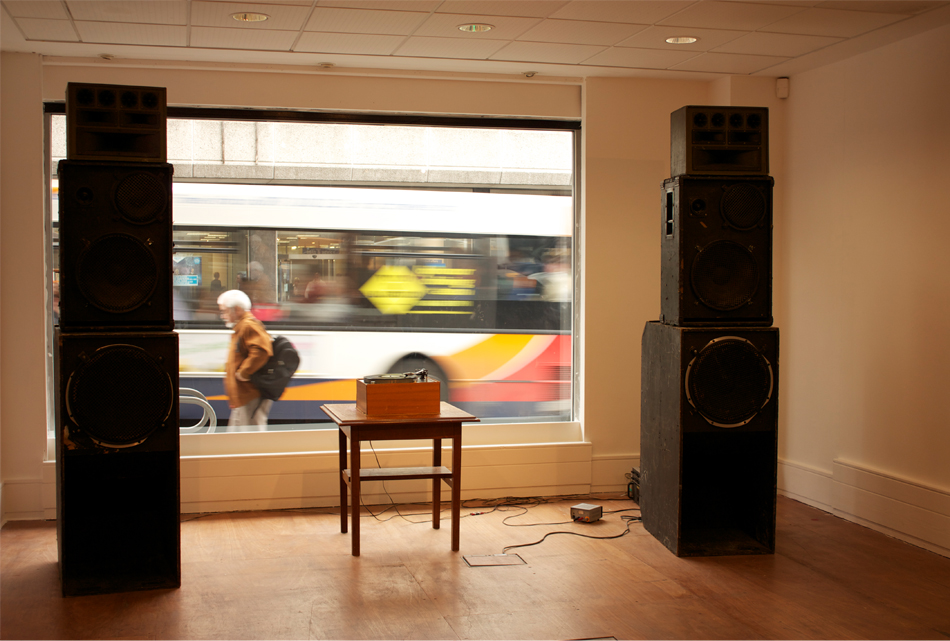 Jem Finer is an artist, musician and composer. Since studying computer science in the 1970s, he has worked in a variety of fields, including photography, film, music and installation. One of his most famous works is the installation Longplayer commissioned by Artangel in 2000, a computer generated composition designed to play for 1000 years.